This is a one-shot canon divergence.
It shows the scene when Marc goes back to Kay's flat.

I'm part of this "writing challenge" (suggested by Anya_P3 and Thelastaerie).
As she mentioned in her story, it's open to anyone interested to write a one-shot story with the scenario: "Marc goes back to Kay's flat and Kay is still there"

Collection title for this writing challenge is: "He walks down the corridor" (FreeFallCanonAI1)

I'm saying this just in case you are interested to join in.

I especially want to thank Valmaria, who impulsed me to write this short story.

When I watched the movie for the first time, I always imagined this could happen, so here we go...
Please, let me know what you think.
I'm not a native English speaker, any mistakes you find, are my own. I apologize for it.

He had always considered himself as an ordinary man destined to continue the family tradition; because of this, he had followed in his father's footsteps and had enlisted the ranks of the federal police (Bundespolizei). During that period of his life, his teenage girlfriend had become pregnant so the logical step had been to move in together.

He never really questioned what he wanted his life to be in the future; it had simply been easy to navigate with the flow. That's why when Kay - with all his irreverence and rebellion - came into his life, moving all the schemes.

"What the hell was wrong with him?" He used to ask himself during those lonely nights while watching him sleep in that room at the Academy. More than once he discovered himself watching those soft pink lips, the almost perfect straight nose, and the fledgling blond stubble...

Something inside him was stirring hard and he did his best to silence the deviant feelings Kay had awoken inside of him.

Therefore, the only way he knew how to fight it was with brute force; hitting the object of his deepest and darkest longings. But even that was not enough since Kay got into his skin like a poison that didn’t have any cure. So without being able to fight against him, he let himself be defeated.

That day under the treetops on that lonely road, Kay broke down all of his barriers, and letting himself go, felt for the first time the real meaning of true desire. The one he had been repressing all his life, trampling him until he was almost dying at the bottom of his soul.

His mind wandered again and again to the moment when Kay's skilled fingers played with him, turning him into a moldable mass between his arms ... And that was when he had to breathe deeply to calm the rapid beating of his heart and order his thoughts to mitigate the growing desire that threatened to unsettle him.

He knew the exact moment in which he had fallen deeply in love with Kay but still, didn't mind treating him like garbage, as something disposable, so as not to recognize his sexual preference to others. That's why, when he suggested Kay to ask for his transfer, something inside him broke. Despite this, he left his apartment thinking that he was doing the right thing. Fulfill his duty as a father and head of household and sacrifice for them.

The moment he was certain that he could lose Kay forever; he felt his life break apart seeing it shattered and only then, he had to recognize the cowardice of his actions. That was how from that moment on, something stronger than him was born and helped him to be able to see the world from a completely different perspective; something different from what his parents had instilled in him.

Even so, he kept fighting with mixed feelings, since on one hand, he knew that he was being selfish, he was capable of passing over his loved ones but on the other hand, he couldn't continue to overlap the cowardice of not recognizing his feelings towards Kay. During the months he played that double life, he didn't care about his wife, much less his lover...

When everything was uncovered and Bettina confronted him, he knew immediately that it was over. It was curious because although at that time he was devastated to have to separate from his son and break up with Bettina, a great relief also took hold of him as if he had been carrying a heavy load up his back during a long time. Now, it disappeared once and for all and a voice at the back of his soul whispered a name over and over again: Kay.

The vibration of the phone followed by a "beep" made Marc return suddenly to the present. Marc had spent the last hour sitting on the porch looking at nothing, trying to gather the courage to do what his heart was screaming for. So without further ado, he took the keys to his car and started driving to Kay's apartment.

He needed to see him. He needed to talk to him and tell him how wrong he had been. He needed to apologize and let him know that he was willing to risk everything for him. While driving to his flat, every mile traveled made him gain confidence. He thought about his life as a great dark tunnel, in which, as he advanced, the small halo of light grew larger until he came out of that fearful darkness and came to the light.

Kay was his light. Now everything was clear. All his fears and insecurities were gone. They could try and start a life together.

When the elevator doors opened, he could feel something in the stomach fluttering due to emotion, accompanied by sweaty hands and a beating heart. He rang the bell twice in a row; He waited a few seconds and shouted: Kay, open up! –He shouted knocking on the door with a clenched fist.

"Why did I give him back the key?" He regretted over and over again, as his mind ran a thousand miles an hour thinking about what he was going to do.

After a few seconds of hesitation, he took a deep breath and took a couple of steps back, dropped the entire weight of his body against the door that gave in to the impact, opening wide. 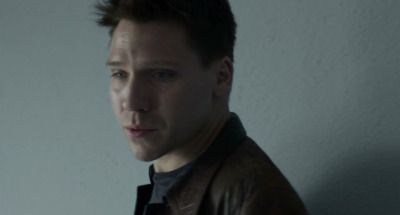 It only took a second for his eyes to find what he was looking for, but his mind went blank. His ears began to register a buzz that gradually rose from decibels to intolerable levels and his legs couldn't stand him anymore. He had never felt true fear in his life until that moment.

He fell hard against the floor, and powerful arcades appeared immediately. As he could, he crawled the two meters that separated him from the man who had turned his world upside down. Kay was on his back on the cold tile, showing a paleness that only served to accentuate his perfect features. He brought his hand to Kay's face and began to move him screaming his name desperately. He could feel the warmth of his body, but he didn't answer.

With his eyes clouded by tears and despair in his voice, he kept calling him without daring to pronounce what his mind yelled at him. With trembling hands, he took Kay's wrist between his fingers and squeezed them trying to find his pulse.

-Shit! Shit! -He began to scream in despair as he felt how the air was missing.

He didn’t know at what time the neighbors left their homes, or when the paramedics arrived until someone pushed him hard enough to separate him from Kay. The following minutes passed without him noticing anything, while he muttered again and again without being able to contain the tears:

He left that trance, only until he heard someone shout his name a couple of times and shake him repeatedly. As he could, he managed to focus on the person in front of him. It was Frank, who with a contrite gesture looked at him. He could see the dejection in his expression when he told him something he could never forget: “Engel is dead. I'm sorry".

Terror seized him feeling that he would collapse at any moment. It took three men to separate him from Kay. By then, when he was able to touch him again, his body temperature had dropped dramatically.

- When I arrived he was warm ... if only I had arrived a little earlier.  -why did you do that Kay? - He lamented again and again without being able to stop crying.

Everything that was happening around him was the scariest of his nightmares; he didn't know what to do to be able to wake up. The only thing he knew at that time was that he could never breathe evenly again.