Home for the Holidays (with illustrations!)

“Oh there’s no place like home for the holidays…” Phoenix sang to himself as he pulled at a string of lights. He and Trucy had pulled out the boxes of holiday decor and were cheerfully picking through it as Miles set up the artificial tree he had helped drag down from the attic. It was their first Christmas as a family, together. Phoenix smiled to himself contentedly as he glanced over at his boyfriend, and Trucy picked up the next line of the song.

“Cause no matter how far away you roam…” she sang from the floor as she rummaged through a beat up cardboard box overflowing with both Christmas and Hanukkah decor. She hadn’t celebrated Christmas until she was adopted by her new daddy, and while he put in a lot of effort to make sure she would still feel connected to her heritage, she very much enjoyed many of the Christmas traditions as well, and the little house became a mess of cultures and traditions and clashing decor this time of year. Trucy absolutely loved it. 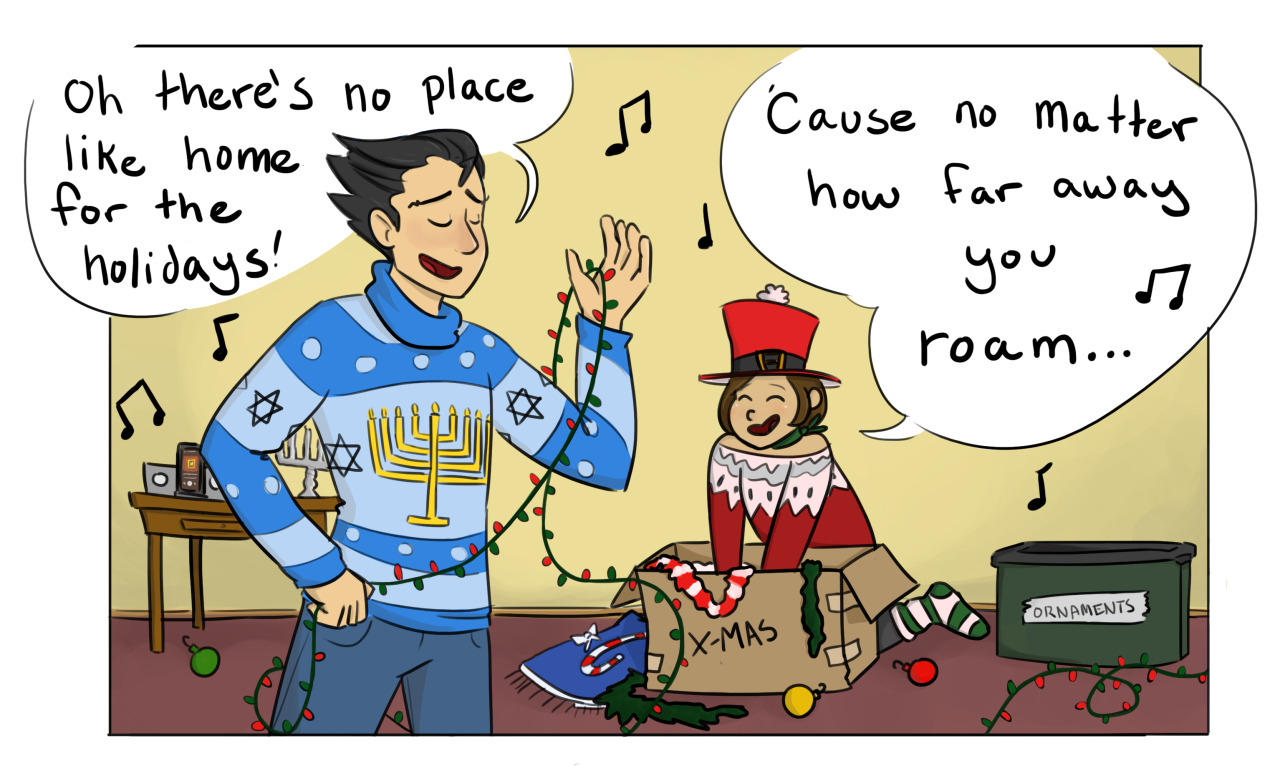 As the song continued, a quiet voice from the corner of the room filled in the next line. Trucy and Phoenix’s heads both snapped up as they stared at Miles as he timidly sung.

“When you pine for the sunshine of a friendly gaze…” he sang softly, a blush rising on his cheeks as he trailed off, averting his eyes back to the tree he was fluffing. 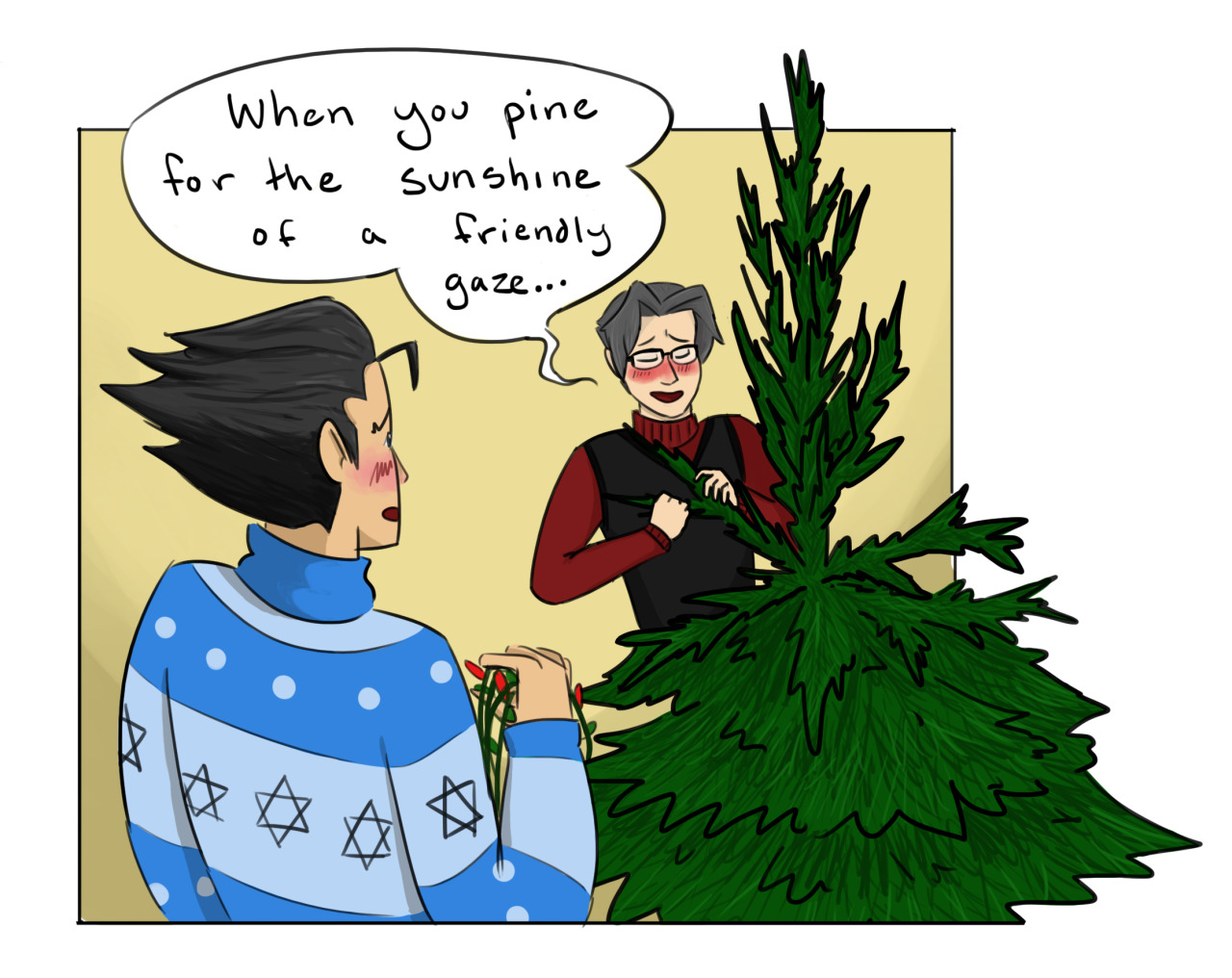 Phoenix beamed at him, his own face taking on a pink tint. He SANG! Mr. Miles “I-don’t-do-Christmas” Edgeworth was in his home, helping set up a tree, and singing a Christmas song. He had really come a long way since they first met each other in court. Miles had ducked behind the tree, working at some of the back branches as the song continued to play from the little speaker. 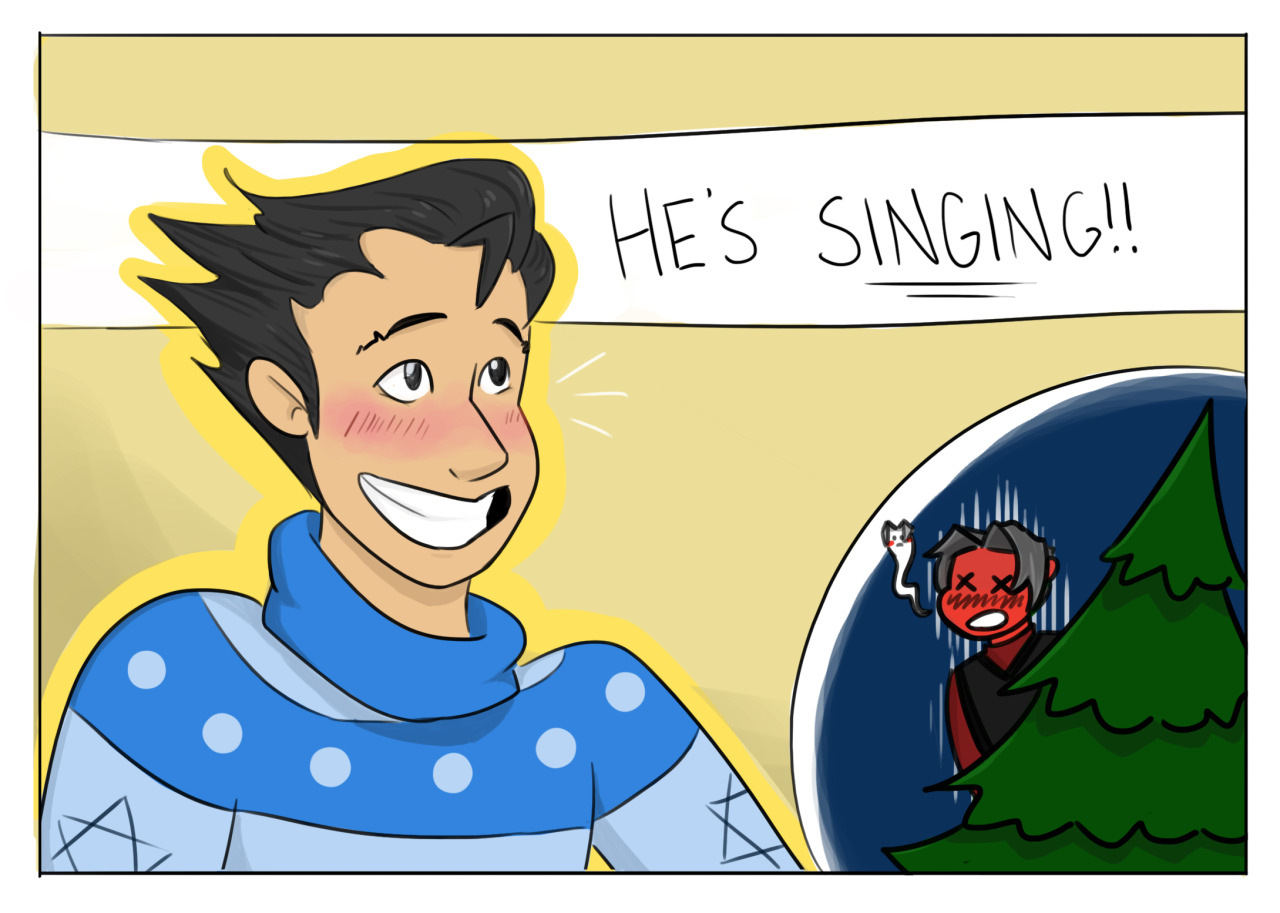 Phoenix stared for a moment, a big dopey grin on his face, before he dropped the lights he was holding and took a step towards his boyfriend.

“If you want to be happy in a million ways” he sang, jumping back in as the song slowed down towards its ending. He stretched out a hand to touch Miles’ cheek, pulling his face back up away from the tree.

“For the holidays…” Phoenix continued, singing dramatically now as he pulled miles towards himself. The blush on miles face hadn’t faded, but he seemed less mortified as Phoenix continued serenading him.

“Sweet home…” they finished together, their lips both curling into matching smiles as they closed the gap with a kiss.