"This is Kingpin. SITREP?"

Well, thank Blackridge Industries for putting a bigger spanner into the works.

(A AU fic taking place after Chapter 1, featuring a PMC aligned with the Core. Poland shakes things up with the 'alliance'.)

"...This concludes my report, General." Sgt. Branna of the Core's Ravens.

Silence for a few seconds, as her commanding officer thought things over.

The Father General of the Core, Eugene Weisner. The leader of the underground nation.

He voiced his further disappointment, while the Sergeant delivered news of two deserters travelling to Germany.

A call came in, soon after. Weisner dismissed the Ravens assembled.

All. Including Lt. Coyle.

"...I wasn't expecting a call at this time. Not from you, certainly."

The Father General sighed. "So...what's this about, Michael?"

The 'compound' was cleared. Two were making plans to desert.

And in the midst of things, another pair investigated.

Dressed up in Polish gear, like the Core operatives they accompanied.

"What the hell are we looking for, anyways, Ally? Core guys must have swept the place clean already."

A gruff, thickset male. Russian, and looking like a plain phenotype, blond and with eyes the color of the sky.

"Look, the Core managed to 'figure out' that this was a 'hideout', yet we've been dealing with these guys pretty easily. How were they supposed to slip something past us?"

A redhead female, younger but still bearing the scars of combat. American, with brown in her sight.

"Look, can we get this shit done with already? We haven't found anything, even out here. This is a waste of time."

The American gestured around him and his companion. Absolutely nothing but forest.

"We haven't even cleared half the search area, Miri."

"Oh, sure, call me that one more time, Al. I'll have your head next time."

"Hey, not my fucking fault I use that thing. And have the same name as it."

"Yeah, yeah. I need a damn drink." He took out a canteen from his pack, but as he moved to look elsewhere, he tripped on a stray root, leading 'Alexa' to turn over to his direction.

Then, she just grabbed her radio and readied to send.

"This is Kingpin. SITREP?"

"...That explains how the Core managed to 'find' this place. Shit. Alright. Charlie, return to base. This is big."

'Alexa' sighed before turning her radio off.

"You both bet on the wrong things. Guess you're both keeping your cash. C'mon, let's just get this over to HQ. He'll know what to do with this."

"Nothing much, honestly, Eugene. Just asking about the security meeting."

"Ah, yes. Roman, I suspect, will not be particularly willing to accept us as mediators, but that shouldn't be too much trouble."

"Yeah. Sure. This is just going to be easy-peasy, ain't it?"

"Michael, we've been over this several times."

"Sorry. Just...I've been going over the details you sent me."

"I understand this is all for the good and all, but...this. I don't quite see how this is going to work out for the Core's goals, Eugene."

"It will make itself clear in time. I pay most of your checks, after all."

"Yeah, well, don't bite the hand that feeds you and all that crap, I got you."

"It appears the call I was expecting has finally arrived."

"Don't want to keep you waiting, Eugene. Call me back soon as the meeting's over, y'hear?"

Michael cut off the call, then looked over two files.

This was going to be a headache to plan. Oh, well.

Backstabbing your funding has always created a big mess that needed cleaning. 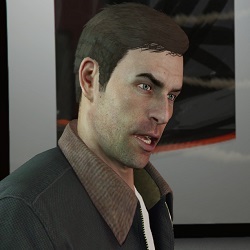 Nationality: Canadian, based in America.

Occupation: CEO of Blackridge Industries, a PMC whose primary contracts stem from the Core. Formerly Lieutenant in the JTF2.

Biography: Mostly average, until his enlistment. Cohen rapidly climbed the ranks and participated in a number of high-level operations in the Middle East. Served in three tours before honorable discharge due to a incident that left him as the sole survivor of his unit in 2009.

Founded Blackridge Industries shortly afterwards, and used his experience to quickly wrangle contracts from major powers. Established current ongoing contract with the Core in 2010, and has used the funding to expand into Western spheres of influence. Moved BI headquarters to New York City in 2015.

Has recently been spotted in Kiel, Germany.

So...This is probably a mistake on my part, but hey.

Multi-part AU fic! This will surely not backfire on me.