Castiel sees himself as a boring person who wants to be more like his brother Gabriel, who is out going and perfect.

His wish comes true somehow, but not in the way he wanted. He and Gabriel switch bodies, although not on purpose.

What would it be like to be your brother for a day... Or longer? To live their lives. And will it affect the brothers relationship with their partners?

This fic is a WIP, feel free to comment ! 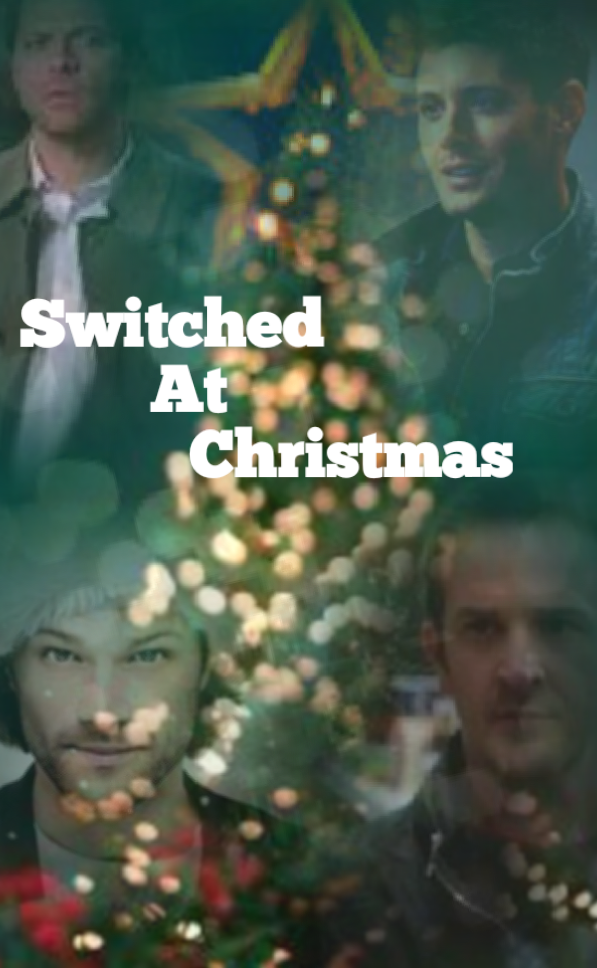 Two weeks before Gabriel Novak was due to start his second semester of college; he and his younger brother Castiel met up at a small cafe located two blocks away from the college. Snow was coming down in steady streams, and the winds were low, sending cold chills into the air.

Castiel arrived first, dressed warmly with a sweater and a heavy tan trench coat wrapping around him. He wore simple black gloves upon his hands. And A thin scarf laid wrapped across his neck, his warm breath leaving a temporary smoke in the air as he walked towards the cafes doors.

As the young man pushed inside, he began to unwrap his scarf with his gloves hands, leading himself to a booth in the very back, the same table he and his brother accompany everytime they meet up.

Sliding inside the left side of the booth, he stuffed his scarf along with his gloves into one of his trench coat pockets.

A young blond waitress with the name tag saying "Jo", bopped with a wide smile, notepad and pencil in hand. "What will it be Cas?" Her voice was sweet and mellow, but Cas knew all too well how easily that sweet little attitude can turn bad.

He replied with a smile, and a slight nod before speaking, other customers around them chatting amongst themselves. "The usual, and add a coffee, black, no creamer. Oh and Gabe is coming as well." Cas' voice was hard and rough, proper compared to the young girls.

Jo nodded as she jotted down words onto the notepad, stuffing it into her pocket once she was done. "I'll have that right out..." She turned to walk off, but decided on the last minute to turn back.

"How's Dean?" She asked, squeezing her hands together, tilting her head slightly.

Jo laughed at Cas' description of his boyfriend. "That's it? Man he's gotta get out more!" Her laughter continued for a moment, before she said her goodbyes and headed to the back to put in Cas' order.

Soon she came back with his coffee, quickly leaving to take care of another customer. Cas sipped the hot beverage, waiting for his older brother to show. His mind drifted off to Dean, and their lives together.

Dean was eighteen, Cas twenty, when they met at a gas station. Cas was the cashier, and a part time college student, Dean was the cocky customer, and a mechanic... The rest was history. Together for a year now, Cas still smiled everytime at the thought of going home to Dean.

The doors to the cafe flew open, and a short Gabriel Novak waltzed inside, peeling off his layers of clothing. He quickly spotted Cas, and made his way over.

Gabriel was the complete opposite of Cas. Outgoing, smart ass, short, ignorant at times, and so much more. And Gabe was dating Dean's brother Sam.

Such a cliche, two brothers dating brothers... Such a rom com, thought Cas as he watched his brother wave over Jo to order. But his life was far from being a rom com..

"So Cassie!" Gabriel stated after Jo walked away, throwing his arm over the booth, sliding down into the corner, right leg propped up.

"What's new?" He asked, sliding Cas' cup of coffee over to himself, lifting it to his lips.

"Earth to Cassie...Anyone there?" Gabriel snapped his fingers in front of Cas' face, breaking him of his trance.

Gabriel laughed heartily. "Little bro... You gotta get out and enjoy life. We only live once! What are you waiting for? You and that hot stuff Deano could go wild of you guys weren't so content of being so... Preppy all the time."

Why does everyone keep saying that?! Scowled Cas mentally.

He nodded as his brother took another sip of his coffee, a tall red haired woman catching his eye behind him. She was thin, lanky, but beautiful... Her green eyes caught his for a moment, and Cas could've sworn he felt a spark... A literal spark behind his eyes. Did Gabriel feel it to? Probably not...

He blinked fast, turning his attention back to Gabriel. "How bout you? What's new with Gabriel Novak?"

Gabriel grinned like the joker. So if he did feel the same thing or something similar he wasn't going to show it. "Oh it's a long story little bro... First off me and Samsquash..."

Jo's voice broke the conversation, her hands held a platter full of food.

"Here's your order Cas.. Wait I thought you were sitting over there... Switched seats on me eh?" She teased, staring and talking to Gabriel, she took two plates off and sat them in front of him.

Cas opened his mouth in confusion but quickly shut it, as soon as he caught his reflection in the sliver platter she held now in both her hands.

As soon as Jo left, he jumped out of his seat, and yanked Gabriel out of his own, dragging him into the restroom, passing the red haired woman on the way, her smile growing wider as she watched them past.

Once inside the restroom, Cas checked to make sure they were alone.

"Cassie what the hell do you think you're doing? Are you ok? Why'd you drag both of into the restroom?" Gabriel rambled on, walking towards the doors.

At first Cas didn't answer, instead he turned to the mirrors. The person staring back at him... Was in fact Gabriel... But it was him... Cas. He could move... Talk but he looked like Gabe.

Gabriel caught eye of Cas, and realized what he was staring at. Silence over rid them for a moment, Gabriel finally spoke.

"How the fuck did this happen?!"