After eleven months in Azkaban, Draco’s sentence of eight years was unexpectedly overturned. Placed on magical probation, he was sentenced to a different kind of torture. Living with Hermione Granger in Muggle London.

While Draco adjusts to life under the thumb of a bushy haired muggleborn, the surviving death eaters plot their next move. Without a wand, Draco must turn to old magic to defend himself, but with the help of Hermione, he discovers something in his magic that was thought to be a myth.

This is my first fanfic, although not my first stab at writing fiction. I’d appreciate any feedback you guys can offer.

Trigger warnings: This fic will eventually have violence, explicit sexual content and brief domestic abuse. I will try my best to add a trigger warning in the appropriate chapters.

My wonderful betas, PotionChemist and KoraKunkel are responsible for making all this make sense. Any mistakes that remain are my own. Big shout out to NuclearNik, who very enthusiastically made me the beautiful cover photo below.

Most importantly, thank you to my bestie, Blair (Beefitz), for her encouragement and her total impatience for more chapters.

*I do not own Harry Potter.* 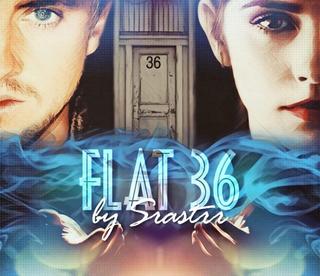 Draco winced as the cage he was in abruptly came to a crash in the center of the Wizengamot. As prepared for it as he had been, his head still smacked painfully on the bars as he lost his footing and fell backwards.The dull tone that reverberated from the contact was duplicated in the sharp pang he felt at the back of his head.

He was sure that his eleven months in Azkaban attributed to his loss of dexterity, certainly causing him to collapse. He felt weak and brittle and pathetic. Anyone else would have loosened a grip on their pride, given in to the daily abuse of the guards, if only for pure self preservation, but not Draco Malfoy.

"Thank you, Sir, may I have another?" Draco's voice hid the ringing pain in his head well. He decided to stay put on the grimy bottom of the cage instead of risking another fall.

The guard to his left glared at him through the dark rusted bars. A warning, Draco thought. He chuckled, wondering what this guard thought he had to lose. He had nothing to live for. No one to live for. Not anymore.

"So what is it today, Bodrick? Another sentencing? Have I committed additional crimes that I'm not aware of?" He mockingly waited for a reply he knew would never come, but he needed some way to amuse himself.

"Perhaps I've been given a pardon? Oh no, Bodrick you'd be simply simpering with sorrow if that were the case." He turned his head to look at the guard on his right. “Maven, love, surely you'll tell me? No? Alright, you DO know how I love surprises."

The woman had always refused to look Draco in the eye when she was assigned his prison escort. He suspected it was because she was muggleborn.

Draco gave up and looked around the room that held the Wizengamot. Empty, as usual. Some of the guards liked to bring him in early so they could levitate his transport cage just a little too high, and watch as it smashes to the ground. Sometimes, if they were in a particularly nasty mood, they'd flip the cage upside down first.

He hadn't been in this room since his sentencing six months ago. The memory was faded in his mind. He was forced to drink a Calming Draught after hearing his mother had been sentenced to fifteen years in Azkaban. He hollered and threatened and shook the bars of his cage until they forced the potion down his throat.They swiftly sentenced him to 8 years.

One by one, the seats filled with the members of the Wizengamot and other assorted Ministry members. Draco paid no attention to the movement around him. There was no one there he gave a damn about, only those who wanted to see him suffer. Perhaps they had reconsidered giving him the Dementor’s Kiss after all.

He looked down at his hands and busied himself with removing the dirt from under his filthy nails. He wished, not for the first time, that he could have a proper shower and shave. Since he had been locked up, his hair had grown past his jaw, and his cheeks and upper lip had sprouted a thick beard, covering the hollows of his cheeks. Draco hated the facial hair, but he was not permitted a shave, magical or otherwise.

"Mr. Malfoy, are you ready to begin?" The Baritone of the chief warlock made Draco feel small every time he heard it. Perhaps that was by design, some charm to make him sound more imposing.

"Ready for what?" Draco sneered, his patience running thin.

"Mr. Malfoy, some new information has come to light recently and your sentence has been overturned. You have been granted a probationary release with heavy conditions." The Warlock didn't even bother to look up from his scrolls. Draco was waiting for the punchline.

He still didn't understand — was this some kind of trick? He was sure this was a trick.

"In addition, you can not reside within the wizarding community. Your residence will be in muggle London."

What? No, this had to be a joke. They couldn't expect him to know how to blend in with muggles. He’d only been in Muggle London a handful of times, and it was always just to pass through.

"Because of your history as a blood purist, you have been assigned a muggleborn surety to reside with in their home. During this time, you may not send any owls, you may not.."

Draco stopped listening and looked around the room in confusion. No one was snickering. Would he really have to live with a muggleborn? In Muggle London?

He continued scanning the room while the Chief Warlock droned on. "Since your mother was released on similar conditions in December, we will allow her a single one hour visit in your residence upon release, and an hour visit on the second Saturday of every month. Your assigned surety is-"

Draco jumped up from his spot on the cage floor. "My mother was released?! Why didn't anyone tell me? Where is she?" He searched the room more desperately now.

"Mr. Malfoy, your surety will explain everything to you immediately following these proceedings."

Draco was still searching faces in the large room, "And who is the surety that I'm meant to live with?" He scanned the room one more time in desperation. His eyes stilled and focused on the witch in the back row, almost directly across from him. He suddenly had a guess who his surety was.

As the Chief Warlock spoke, Draco showed no surprise as he sneered pointedly at her.