Art for Out of Reach by cornishcat

As provided by the author:
A face from his distant past unexpectedly arrives in London and Bodie finds himself drawn undercover, alone and unprepared.
Unable to contact HQ without putting himself at risk, he has to wait until Doyle tracks him down before he can pass over the vital information necessary to prevent an IRA attack on the mainland.
But where does Ray start looking? Bodie, it seemed, didn’t have an opinion on that matter either and Doyle frowned as he took a closer look at his unusually quiet friend. The Controller pushed across the envelope which Doyle peeled open, tipping the contents out. A mixture of old dog-eared black and white photographs along with more recent blurry long-distance shots and a few photofit reconstructions slid across the desk. 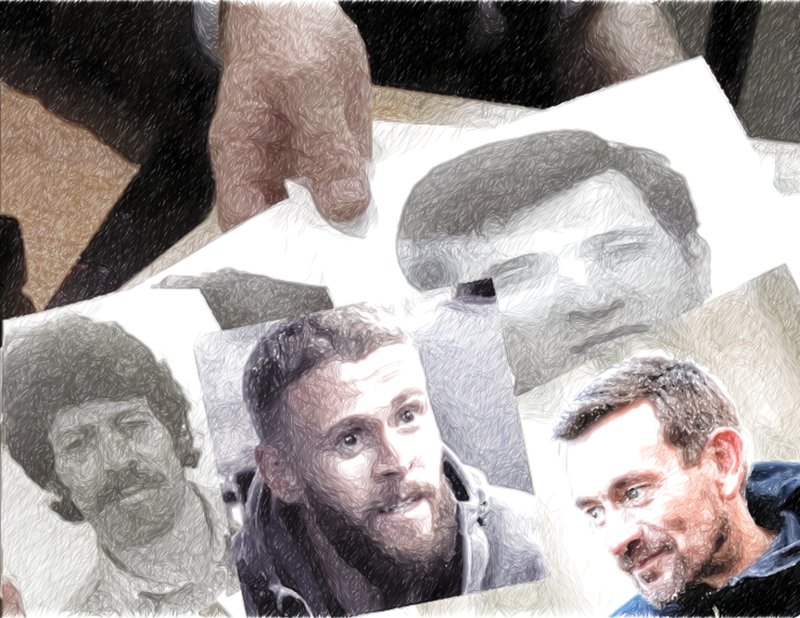 George Cowley looked at the red phone on his desk, trying to digest what he’d just heard. Few words were spoken but they said so much.
The stupid idiot. What does he think he’s playing at, jumping the gun without any back-up? Always pushing the boundaries, just like that damn partner of his.
Right, he admonished, there was work to be done!
“Betty,” he shouted through the open door. “Get hold of Doyle for me. I want to know how far he’s got with his enquiries!”
“Sir, we’ve just received some of the information you wanted on Peter Harris.” His secretary tapped her spiral-bound notebook with her pencil as she entered the office. 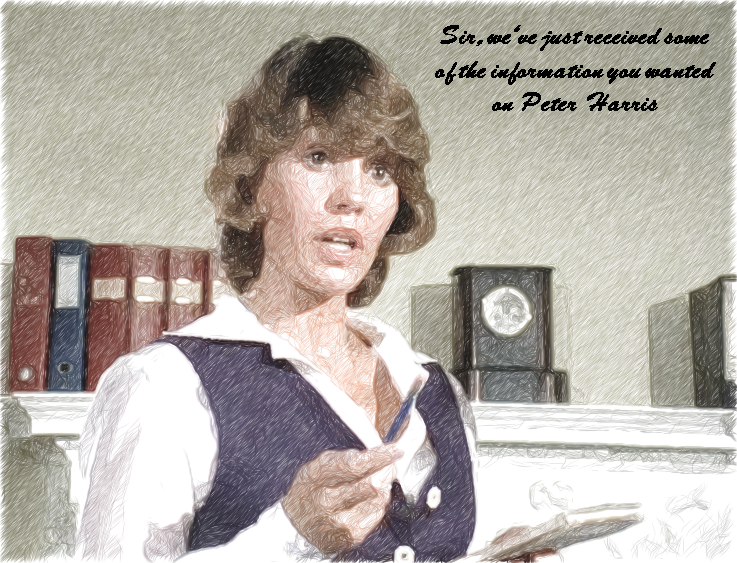 “Well, hello there,” a voice quietly whispered in his ear, making him flinch. “Stop glaring, Ray. You’ll be putting these nice people off their drinks.”
“Sit down! You’re drawing attention, looming over me like that,” Doyle ordered without taking his eyes off the target.
Murphy pulled up another chair and positioned himself where he could also observe the room. “Almost didn’t recognise you in that fabulous disguise. Isn’t that Bodie’s woolly hat?” Bodie was feeling positively relieved that he’d finally managed to make contact with a member of squad. Earlier in the evening, he’d offered to get a round in as soon as he noticed agent 9.7 standing at the bar. He’d pushed his way over, ensuring he found a place right next to him then, under the pretence of trying to catch the eye of the barman, he’d whispered, “Here, tomorrow, 8pm. Don’t be late.” A great thank you to my author cornishcat who gave me really much material to work with. Your story put lots of images into my mind. And thank you to the mods for all their organizing work.