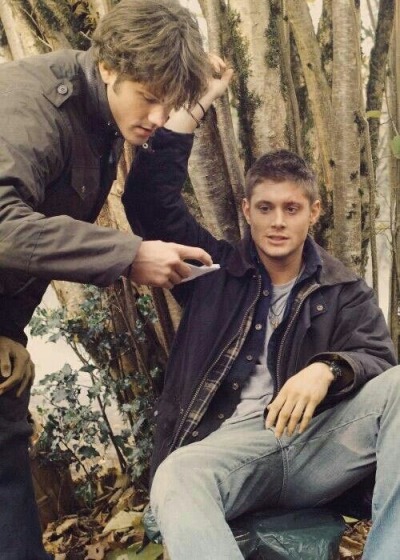 Jensen and his Dad walked the Murphys out to their car assuring them that they would be in communication.

Returning to the living room, Jensen sat on the sofa tense as a statue. Jensen found some solace in the support of his family surrounding him. Feeling low enough, Jensen dropped a notch lower when his sister Mackenzie joined them in the living room.

“What do you mean MacKenzie?” asked her mother.

“Everyone knows she’s dating Tom from the Fat Cat Club. They’ve been seen all over town together. But now that he’s in jail, she’s claiming the baby is Jensen’s.”

“How do you know this Mackenzie?” asked her dad.

“The Murphys have nine kids. Four of them are in my high school, one in every grade, all boys. Brian is in my class, and he’s going out with my friend Shauna. When Tom got arrested, Shauna said it was all Brian talked about.”

“What was he arrested for?” asked Jensen.

“Dealing drugs at the fat cat club,” she replied.

“Is he still in jail?” asked Jensen.

“No, he made bail. But everyone assumed Katie's baby was Tom’s, and I heard they were engaged. Now the baby is suddenly yours?” replied Mackenzie.

“Mom, Dad, I’m so sorry for embarrassing you like this” said Jensen. “and Mackenzie and Jared, I’m really sorry for putting you through this.”

“You were so quick to accept responsibility Jensen,” Jared said in an accusing tone.

“Well what was I supposed to do, start denying paternity, or accusing Katie of cheating on me with Tom in front of her parents?”

“That was weird, I didn’t get why she came here with her parents,” said Jared. “You would think she would take tell you she was pregnant privately Jensen. And why did she keep it from you so long?”

“I was thinking the same thing. Maybe the baby is Tom’s, and her parents no longer think Tom the drug dealer is good a good candidate to be a father to the baby” Jensen speculated.

“That could be,” said Mr. Ackles. “It is something to consider as a possibility.”

“Jensen, you say it could be yours?” Asked Jared.

“Why do you think she was so quiet Jensen?” his mom asked.

“I don’t know, that was curious. I think I’m going to need to have a conversation with her when her parents are not around. Maybe she will feel more comfortable talking freely to me,” said Jensen.

“Do you think she has something to hide?” asked Mrs. Ackles?

“Yes, I hate to say it, but I did not get the idea that Mr. and Mrs. Murphy had the full picture. They assumed that I am the baby’s father. They did not act as if there could be any other possibility,” said Jensen.

“Remember Jensen, the bible tells us that, ‘Whoever walks in integrity walks securely, but he who makes his ways crooked will be found out.’ So If Katie is telling the truth, she can be easy, but if she is deceiving anyone, then she will be found out. Be patient, ignore the gossip, and when you know the facts, act accordingly.”

“She did not look easy to me tonight Dad,” said Jensen.

“Yes, I tend to agree with you. We can’t know anything tonight. So, I suggest we go to bed, and take this up again tomorrow morning,” said Mr. Ackles.

“C’mon Jared, let’s get these bags upstairs. I will show you to the bedroom we will be sleeping in tonight,” said Jensen, feeling the weight of his own disappointment in himself, in this situation, and of Jared’s concerned expression looking back at him.