After their first hookup (hand job for Jared), a virulent, passionate Jensen pursues a relationship with a skittish, shy Jared. Setting is Supernatural Season 2. This sequel to “Jared, From Boy to Man” begins with Jensen's apology to Leslie, Jared's boyfriend, for deliberately ruining his clothes in a washer full of bleach. 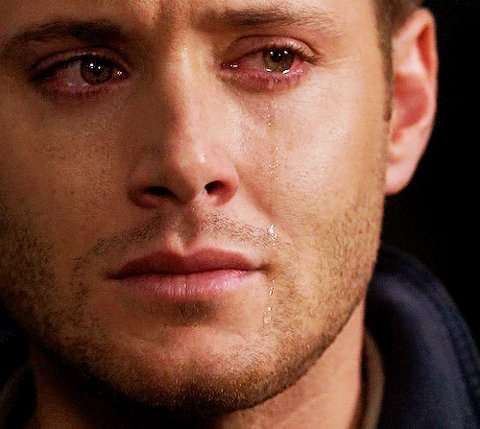 I’m writing to apologize for my bad behavior toward you when you were in Vancouver. I take full responsibility for my bad behavior. I won’t make excuses. Nothing can excuse what I did. I understand now what I did was very hurtful to you and to Jared, and it was also disrespectful. I will not ask you to forgive me because I probably don’t deserve it. I don’t see why you would or should forgive me.

I can try to offer an explanation.

It all comes down to jealousy. I was jealous of your relationship with Jared, and not just your friendship with him, your romantic relationship.

As I write this, I cannot believe it myself, because I was raised in a very traditional way, in a religious home, believing only a man and a woman could be together, that type of thing.

My feelings toward Jared, they were strange to me, different, but I couldn’t identify them or put words to them. It sounds awful to say, but Jared was my best friend, and there were girls for sex, and that seemed to be working for me.

Then Jared met you. I learned only days before meeting you that Jared “preferred men” as he put it.

I’m still not right mentally with the new information I’ve learned and been processing, about myself and stuff.

I don’t think I’m gay, I’m something. I know that I am someone who is in love with Jared. It’s because of you, and my response to you that I woke to it. That horrible and inexcusable response. I guess I should be thanking you but that sounds pathetic and insincere.

Mainly, I want you to know I admit that I was a despicable ass. Jared was so pissed at me, it nearly ended our friendship. He said I disrespected him and you.

Jared said my throwing your stuff in the washing machine with bleach was violent, and I need to learn to express my feelings verbally. All I can say is I’m working on it, and I have a long way to go. I’ve never been good at talking about my feelings.

Apparently, Jared sent replacements for the stuff I ruined with the help of someone named Gina at Nieman Marcus, and he charged it to me. I know it is little solace.

And I owe you an apology for being impolite and rude generally. I’m sorry. I know I acted like a tough guy. The possibility of losing Jared as a friend, and whatever else I would be lucky enough to receive from him in terms of a relationship, is too high a price to pay. I am reforming myself.

I am sincerely sorry for disrespecting you and destroying your stuff. I was jealous and immature.

I love Jared. He speaks of you in the highest terms. I saw with my own eyes how mature you were, and civil toward me, when I was nothing but rude to you. You’ve modeled behavior that I am trying to learn. I hope one day in the face of distress I can behave with as much level headedness as you have shown. Thank you.

What do you think? Feelings? Thoughts?