As Kurt's listening to Ben Platt's album 'Sing to Me Instead' for the first time, one song sticks out to him.

(basically a quick little drabble. Kurt (like every musical theater nerd in 2019) is obsessed with Ben Platt and one of his new songs makes him remember the past)

Kurt can’t help the tears that are currently streaming down his face as he listens to Ben Platt’s new album ‘Sing To Me Instead’. So many of the songs have just hit him to his core, and there’s something about an openly gay man singing about other men that feels so refreshing and new.

But right now there’s one song he can’t stop repeating, constantly pressing the backwards button on Spotify as it comes to a close just to hear it again. He hasn’t even listened to the last two songs on the album yet, he’s so fixated on this one song.

At first it’s just a beautiful song, like all the songs on ‘Sing To Me Instead’, Ben Platt crooning right into his ears through his noise cancelling headphones. It's a song full of love, but also slightly melancholy, he hadn’t bothered looking at the title of it, or any of the other songs so far, instead just letting them wash over him.

The first time he hears the chorus it’s simply just a beautiful song, a song about wanting to tell someone before they die how much you love them.

“I love you more than you'll ever wrap your head around.”

Tears begin to start streaming down his face as Ben Platt’s voice sings these words, and all he can think of is Finn.

Finn walking down the halls of Mckinley in his bright red letterman jacket and then his bright red shower curtain. Finn standing up for him, for everyone in glee club, like the hero he was. Finn singing ‘Just The Way You Are’ at their parents’ wedding and dancing with him without a care in the world. Finn being his hero, his knight in shining armour.

It’s been 5 years since he’d passed and it still hurts him deeply. Thinking of him brings such an ache to his chest, his heart filling with conflicting emotions of love and grief, happiness and sadness.

And this song just brings them to the forefront. He wishes he could have sung this to Finn before he died, because it fits their relationship so perfectly. Everything about the song, after hearing that one line, now makes him think of Finn.

He doesn’t know how many times he repeats the song before he pauses it and wipes at his streaming eyes. Blaine should be home any minute if the clock on the wall is anything to go by, and while he loved Blaine he wasn’t sure he’d completely understand why his husband was on the floor of their living room sobbing out the lyrics of a Ben Platt song.

The last line is still running through his head and he sings in one last time, his eyes tightly shut as he pictures Finn’s smiling face. 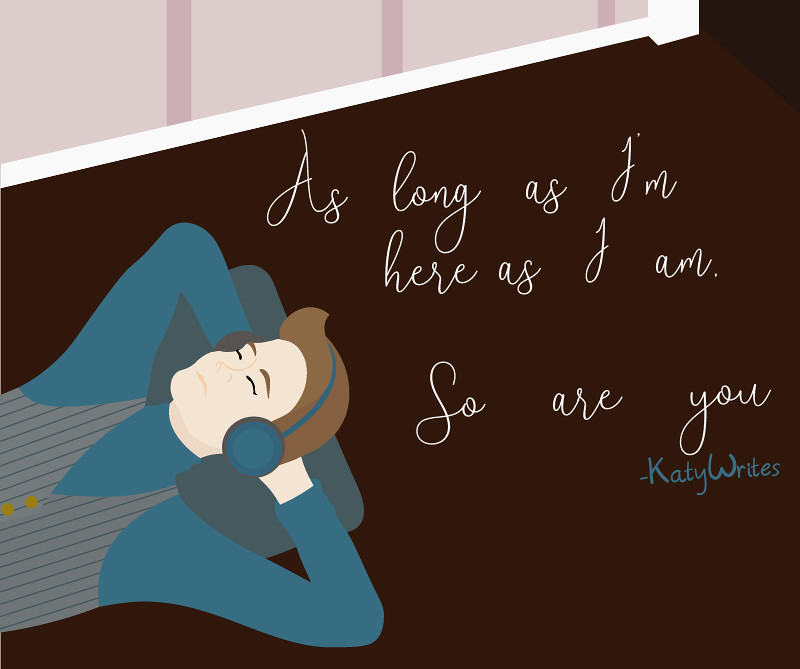 I was listening to Ben Platt's Album 'Sing to Me Instead' and this song ( https://www.youtube.com/watch?v=dNTLk_6ngow ) made me think so much of Finn and Kurt that I had to write this. (and the last line is now breaking my heart.)

I haven't written Glee fanfiction since, like, 2011. But thanks to Netflix my love of the show has blossomed once again and even stronger than when I was 14-16 years old...