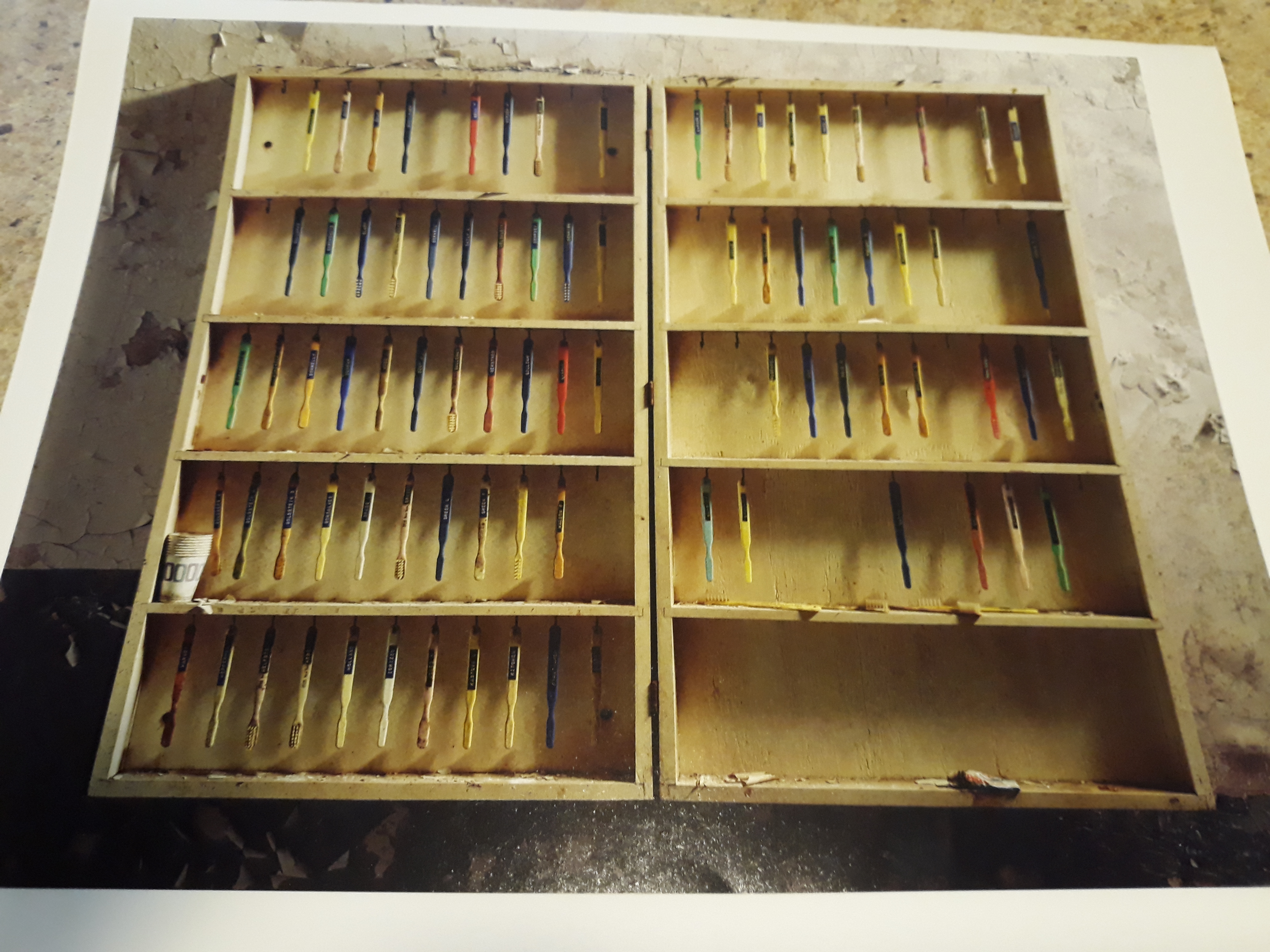 He hung them in an old, faded yellow hotel key caddy on hooks made of rusted steel. A rainbow of toothbrushes, used, dangling from the holes he'd drilled at the tips of the handles. Each labeled neatly in black and white with the last names of his victims.   Sometimes, he had to add a first initial when he took entire families.

The toothbrushes were his calling card, and earned him his nickname in the papers: The Dentist. He found it amusing, as he was a CPA. He debated on writing to the police about it, but decided to continue allowing them to spin their wheels. As long as he received credit for his killing in the media, he was satisfied.

He ran his fingers over the toothbrushes, causing some of them to turn, the bristles scratching his fingertips. He had space for fourteen more, unless he added additional hooks. It felt wrong, though, to do so. He would stick with fourteen to complete the collection, then close the door on this hobby.

He wondered what he would collect next.