Greta Morley, LAPD, professional driver with the most decorated anti-drugs team in the Greater Los Angeles area, is just one bad call away from suspension. Figuring her relationship with her boss will afford her some leeway to do what she thinks is the right thing, she makes that call...and ends up transferred to a small snowy town in Minnesota to wait out her departmental review. Cop shops are the same wherever you go, right? Do your job, lay low, obey orders, get back to LA quick...except this is the Weemeetwa PD, and NOTHING here comes even remotely close to following the rules. The Chief of Police is a stupidly handsome ex hockey player ruling the roost over a department full of misfits, sex offenders, assorted lawbreakers, and a drug sniffing dog that barks at the pot-dealing office assistant all day. Could be worse, right?

Nope, it couldn't be worse. And Greta is stuck here for a year waiting for the higher-ups in LA to forget what she did so she can go back to her job in the real world. But until then it's a full schedule of donut runs, snowball fights escalating into violence, llama attacks, and resisting the urge to arrest her own co-workers for criminal misogyny and sexual harassment.

Chapter 1: Prologue - Your Boatload of Bad Decisions Has Left The Harbor 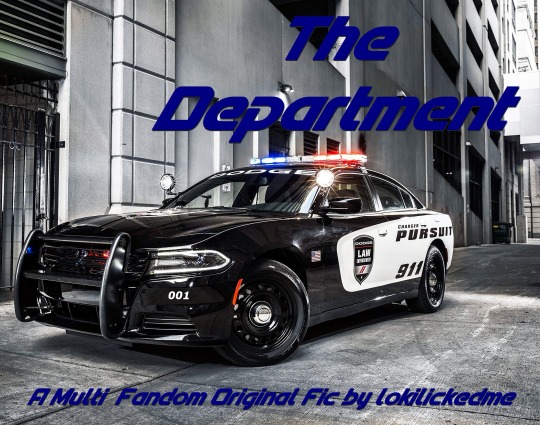 “Greta - honey listen, you need to answer me.  Can you hear me?”

I remember that day.  Not the beeping machine day, when all I was aware of was my boss frantically trying to figure out whether or not I was brain dead and the irritating neverending electronic noise of technology insisting that my heart was still beating.  That’s about it for that day, and even that is shrouded in so much fog and confusion that I wonder sometimes if I dreamed it.  The Captain's voice could have been anyone's, I suppose...though I do like to think it was Hawk, hovering concerned over me, brows furrowed and on the verge of panic thinking about how much paperwork it was going to cost him if I punched the clock on his watch.

What I remember clearly is the day that led to it.

It was a Thursday.  Nice weather, a little on the hot side but nothing too unbearable.  The air conditioner in the car was blowing foggy ice cold air that I had aimed at my neck.  My partner Joe was drinking coffee, singing in Italian like he tended to do during pursuits.

The speedometer was edging up on eighty six, nothing out of the ordinary since we were on the long broad straightaways headed toward the badlands with not much traffic and not so much as a dip in the road to throw us off our groove.  We’d only been in pursuit for a few minutes and the city wasn’t that far behind us, but now all that glorious asphalt stretched in front of us, ready for maximum traversal.

87.5…the skyscrapers in the rear view mirror fell away to a flat heat-distorted horizon.  Hitting 88 mph was always our hootandhollar moment, that threshold separating a run of the mill pursuit from the adrenaline charged triple-digit chases we lived for.

“Time to Back To The Future it?”

Joe looked over and grinned.

“Give it a little gas baby, lets do some time travel.”

That was the last thing he got out before we were plowed into from behind.

Joe was loading up, still singing that crazy Italian love song while he prepped his 580 for interaction.  Interaction.  A polite term for gonna shoot some perp’s tires out and maybe pepper his ass with buckshot while we’re at it.  The car behind us was gaining rapidly, having slowed a bit after ramming into our driver side quarterpanel and going into a tightly controlled broadslide before righting itself and coming into pursuit.  I was keeping an eye on it in the rearview mirror, but my attention was focused mainly on the car ahead of us.  It was carrying approximately three, possibly four of Los Angeles’ most wanted and a trunkload of smuggled weapons, no doubt headed for distribution on the most vulnerable underprivileged streets of the north side.  Needless to say they were evading arrest.  LA HSPT Unit 2 had already been taken out of action with two blown tires, so my partner and I were now it.

And a third vehicle, a blacked out Escalade, had just joined the party and was running alongside us.  The driver side window came down just far enough for a hand to snake out with its middle finger up.

"Well that's just rude," Joe whined.  "Why do they get windows that roll down?"

"Because Hawk knows if he gives you functioning windows you're gonna be shoving your naked ass out and getting it shot off."

The Escalade swerved and nearly slammed us.  "That's it, somebody's gettin' hail damage."  Joe reached up and slid the roof panel open, unbuckling his harness to stand up while I scrambled to hook the safety tether to his belt and keep us straight.  Edging up on 120 mph and so much as a wobble in the wheel can flip a car.

The first blast of tactical buckshot peppered the rear quarter of the Escalade's driver side and it swerved again, nearly clipping our fender as it lagged under the sudden impetus reduction of rapidly losing air pressure in the left rear tire.  "PT1 in pursuit of a 2018 Lexus RX currently eastbound on the 412.  A 2017 Escalade has engaged and a Ford uhh - Joe what's behind us?"

Joe dropped back into his seat to reload and craned his head around to look out the back window.  "It's a Shelby," he groaned.  "Supercharger.  Gonna be a goddamn shame to ding that one up."  The cartridge clacked into place and he shot me an Oh well shrug.  "Guess I better get started on that."

"And there's a Shelby behind us.  Nobody's shot at us yet but the Escalade flipped Officer Martino off.  He's currently engaging."

There was a long pause over the radio and I knew whose voice I was about to hear.  Joe took aim with the shortbarrel, blasted off a round that took out the Shelby's windshield, and plopped back down into his seat again.  "Any instructions?"

"Do it PT1, this is a direct order from the Captain.  Disengage and break away, team 2 is out of commission and you are not to apprehend without backup."

Hawk's voice took the comm, no nonsense as usual and every bit as threatening as it always was.

"Get your asses out of there Greta, I'm giving you a direct order."

It was a typical day at work, really.  Me and Joe and a 2018 Dodge Charger-Challenger Hellcat hybrid outfitted with a supersonic Hemi motor and a crush resistant roll cage, bulletproof windows, and sidepanel armoring.  A sexy tank engineered special by the Chrysler Motor Company and paid for by the good people of LA County to the tune of a quarter of a million taxpayer dollars, capable of reaching and maintaining a top speed of 220 mph for sustained periods of time, just a fucking monster.  It could go even faster in its stripped down state, minus the heavy protective caging and reinforcement that allowed it to be used as an offensive weapon.  Division 25 was authorized to use its vehicles the same way the rest of the department used sidearms and artillery - any means necessary to halt and apprehend.  Meaning if stopping a bad guy in a hopped up getaway car required involving yourself in a carefully controlled vehicular incident, the gas pedal was your trigger and you had permission to shoot at your own discretion.

Any Means, that was what we called the car.

And on this particular Thursday, June the 20th of the year 2018, I made the call that put me and Joe in the middle of the biggest vehicular incident the LAPD had ever seen.

It also earned me a departmental reprimand, a jurisdictional review, a six month suspension, a twice-weekly standing appointment with a therapist named Bob, and a nasty addiction to rotgut whiskey.

Also, Joe got a formal invite to the Pearly Gates.

This is how I ended up in Minnesota.