Everyone has assumptions about Spencer Reid. It’s all anyone has because he’s notoriously hard to categorize. Prentiss decides to delve deeper but isn’t prepared for the confusing character that she discovers beneath his twitches and quirks – it’s almost as if he’s two different people. Since all of her assumptions appear to be wrong, it’s hard to trust her instincts, especially when her instincts tell her that she’s becoming fascinated by someone who may be incapable of becoming fascinated in return.

This is a work of fanfiction and as such I do not claim ownership over the characters herein. It was created as an entertainment. This work contains adult themes, implied violence and sexual content - it should not be read by those under 18.

This is a canon divergent story. It contains canon elements from season 2 right through to "Lauren" in season 6. I have taken license with some details but the basic timeline should be recognizable. Also, there is a discussion of the motivations of rape in this story, so if that's triggering for you, please skip this fic.

Basically, this is a weird 'ship fic. Or a story about staring... I haven't really decided yet. 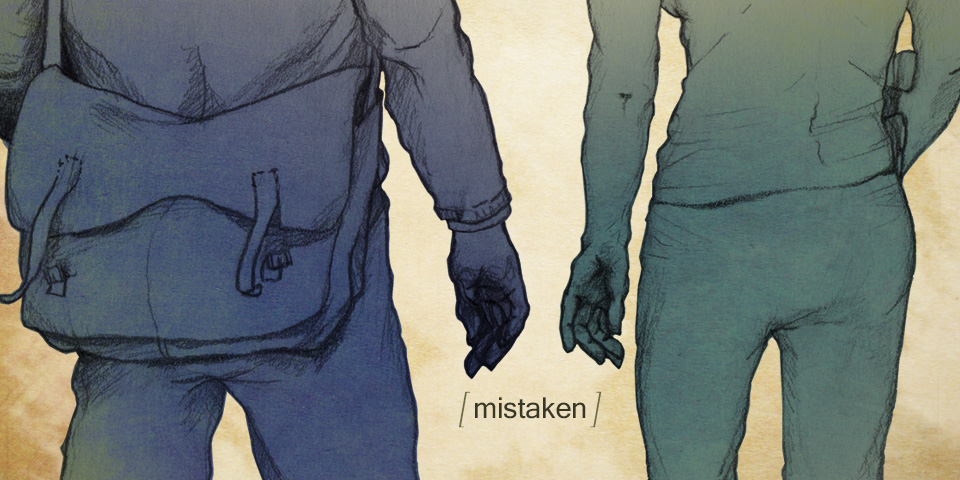 She only caught the last few flicks of his hands before he quietly returned the completed puzzle to the table between them. Her shock at his speed and understated assurance threw her and she did what she always did when she felt unbalanced.

He looked at her then for the first time, as if he had forgotten that she was sitting across from him. His expression didn’t give her anything but his eyes suddenly seemed impossibly huge, like an animal caught in the crosshairs understanding his fate an instant too late. As quickly as it traveled across him, it disappeared, and he shrugged and returned to his book without a word.

She had hurt him - she was sure of it - and she was sorry. But she’d seen something else there too. She hadn’t known him very long and his vast array of ticks and idiosyncrasies made for an impressive shield against intrusion. But it appeared as though, sometimes, an indefinable rawness peeked through his layers at them all. And sometimes, it just peeked through long enough for her to notice it. Surely there was more to his sudden act than just a passing interest in a puzzle. After all, the puzzle was a symbol of love, wasn’t it? Spencer Reid wasn’t the type to act without thought; everything he did had purpose.

Of all the members of her BAU team, she had never imagined herself with him. Picturing herself with a co-worker was an idle game that she played when she was bored, and her current job offered her a variety of inviting daydreams. But she had never considered Reid. He was a boy, she told herself, and probably still a virgin. But that wouldn’t stop him from imagining her, she thought.

She flushed suddenly and then shook it away. They were all adults who spent far too much time together; it was natural to fantasize even if that’s all it would ever be. Even awkward Dr. Reid.

She felt ashamed that she had snipped at him and that he seemed to let his intentions slip. She ought to do more to protect him, or maybe expose him to the wider world so that he could develop a real attachment to someone instead of making jokes at his expense. Sometimes she hated how callous she could be.

She watched the sunlight fall across his face as the plane banked and he concentrated on his book. The contrast highlighted his sharp bone structure, the soft burr of a developing five o’clock shadow, and the paler tones in the waves that lay tucked behind one ear. Perhaps it was the first time that she really saw it: Reid was handsome. And like a light being switched on, something in her instantly changed.