The Companion of My Heart

Chapter 11: A Turn About the Lake

This chapter is a complete fanservice, and draws directly from this scene of the Colin Firth Pride and Prejudice.

Late summer drenched the countryside, saturated with sunshine like honey drizzling from the sky. Every color of wildflower which could be imagined blossomed, and the strawberries ripened to bursting, so they dribbled down Shoma’s chin when they took breakfast in the mornings. All the while, Mrs. Uno watched her eldest child with a mixture of elation and anxiety.

Almost every day now they rose earlier than everyone in the household, dressed sharply in either a waistcoat, neckcloth, tailcoat, breeches, and boots, or else fished out their finest dresses, spencer coats, and gloves, with their winsome little parasol and lavender ribboned hat. Either way, once they finished breakfast in a haste, they struck out for Orser Manor to call on Mr. Fernández.

The one objection Mrs. Uno could discover was when Shoma dressed in their feminine garb. Then she would remind Shoma it was not proper for a lady to call on a gentleman alone. Still Shoma went.

They claimed Mr. Fernández needed help with the grounds of the estate, or that he merely needed conversation and companionship. This last word they said with the slightest of smirks. Nothing untoward happened, of course. Mr. Fernández was a gentleman.

Sometimes Mr. Fernández called on them during the day and it was clear by his manners he was a fine man indeed: the way he treated Mr. and Mrs. Uno with difference, they way he did not exclude Itsuki, but cheerfully asked him to join in their conversation or games, and how he was never so much as terse with a servant. In Norbury, no one had anything but kind things to say about Mr. Fernández. He once helped the blacksmith, Miss Tuktamysheva, extract her cart from some very precarious mud one rainy afternoon, and if Miss Tuktamysheva had not mentioned it to Mr. Brown, no one would have even known. For Mr. Fernández did not seek congratulations for merely doing the right thing.

When Shoma returned from their visits, they would not speak of Mr. Fernández beyond saying he was well, and the estate grounds were coming along fetchingly. The rest of the day and into the evening Shoma would be corky: fidgeting at games with Itsuki, biting their nails and lips excessively, giggling at any small thing. Sometimes Mrs. Uno would catch Shoma in a reverie, their dark eyes distant as they traced their flush lips with a finger. Other times, Shoma would stop in the middle of playing the pianoforte, as if lost. And still other times they shut themselves in their room, and it was perfectly clear by the number of occasions the servants took sheets down what was transpiring.

Shoma was rosy, smelling of April and May, their whole body vibrating with it. Mr. Uno did not see it, but Mrs. Uno knew. She was happy for Shoma of course, but her heart writhed in fear. For what if this Mr. Fernández injured Shoma? At night she lay in bed, thinking: tomorrow, I will keep Shoma home.

Even her heart, which clung to her children, could not deny Shoma this joy.

Javi was not at the house when Shoma called, so Shoma decided to go for a turn about the lake of the Orser Estate before trying again. Sometimes it happened that Javi was gone, into town or on some errand. Once, agonizingly, he had been absent a fortnight. Shoma had pouted so, and sulked at Kaori’s and then Keiji’s. They were such good friends that they did not grow impatient with Shoma’s moodiness, did not even query after it. Instead they made Shoma laugh, and almost forget. Almost.

When Javi returned, saying he had been visiting his brother in London, all was instantly forgiven, and Shoma practically sprinted into his arms when they saw him.

Now, Shoma twirled their lacy white parasol, white and black muslin gown fluttering behind them. It was blistering out, and the sweat trickled between their shoulder blades beneath their snug spencer*. It did not help that they were thinking of yesterday, and how Javi had tasted, either.

They heard a crack and snap of twigs nearby.

He appeared around a willow, carrying his waistcoat, tailcoat, and other essentials tucked beneath his arm. His linen shirt and breeches were drenched, sticking to his lean body, and there was very little to be imagined about how he would appear undressed.

They both started at each other. Shoma was quite taken aback by Javi’s countenance for some reason. Though they had seen Javi without clothes, there was something intimate about coming upon Javi without his prior knowledge. It felt like they were intruding upon something which belonged to Javi.

Shoma had learned it was a question Javi relied on only when he didn’t know what else to say.

They looked at each other. Shoma began laughing, most undignified, they supposed, but it could not be avoided.

They pointed to Javi’s nipples, plainly visible through the wet shirt.

“What are you doing?” Shoma finally asked.

Javi mumbled and kicked the grass.

“I sometimes swim in my clothes because there are servants or people around. But mostly I do it because it keeps me cool on hot days.”

“Shall I leave you, then?” Shoma said.

They really had no desire to leave, but asked the question because it was polite. It was best to respect a person’s privacy, those quiet moments they kept to themselves. Shoma knew that better than most.

Shoma smiled. They drew close to Javi, removing a glove. They placed their thumb on Javi’s nipple, and circled it through his shirt. Javi licked his lips.

“Shall we go inside?” Javi asked.

Shoma looked up at Javi through their lashes, in that manner they knew made Javi deliciously desirous of them.

“No,” Shoma said. “I believe we should go swimming. Together.”

Shoma leaned in and sucked the other nipple.

* A small jacket worn by women, which covered the top of her figure, down to just beneath the breast. Picture from the Colin Firth Pride and Prejudice here: 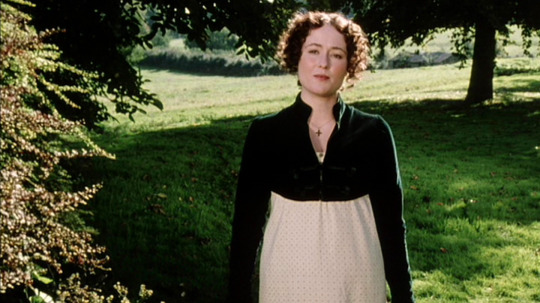 Not all spencers had a “V” neck like this one, and in fact buttoned all the way up to the bottom of the throat.