Let's go to the zoo

Bakugou needs to be forgiven, and Izuku has some peculiar cravings.

♥ Thanks as always to my Deary who corrected and translated the text and to the very kind Cerene who helped us with the correction of the English text.

♠ A very big thank you also to Zel, who was so kind and helpful to create the wonderful illustration that you will find reading the fic and not only, but I will talk about it in the final notes.

♣ It wasn't an easy task to get this fic out, but in the end we did it, I'm almost at peace with myself... almost.

An annoying buzz came to Bakugou's ears, waking him up in the most irritating way. He moaned, raising his heavy feeling arm to find the source of that exasperating noise, possibly to throw it out the window once and for all. After a few unsuccessful attempts, his palm dropped hard on that devil's alarm clock, finally managing to silence the bloody buzzing. Satisfied, he returned to snuggle himself more comfortably between the pillows, letting the sweet morning breeze gently caress the naked skin of his back.
Summer was just around the corner, but fortunately the temperatures weren't yet so suffocating as to force people out of bed at the first light of dawn. This allowed him to linger a little longer in his bed half naked with the window ajar so that a faint hint of wind could enter.
Suddenly, a warm and soft pair of lips settled at the base of his spine, just above his tailbone, and a shiver ran through him that had nothing to do with the fresh air.
Feeling him shiver, the mouth on his skin bent into a smile, while curious, large, rough hands sneaked under his pelvis. 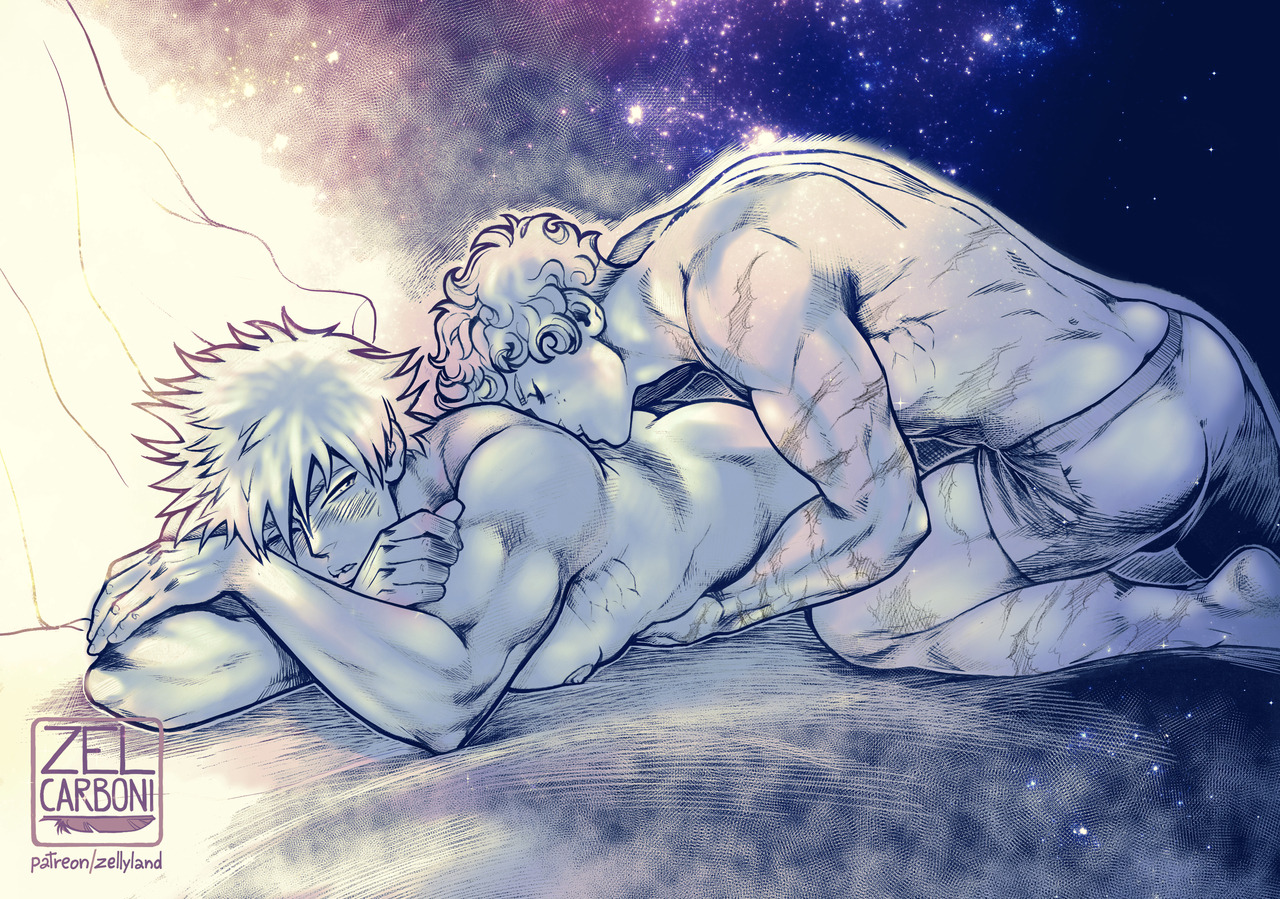 Thank you so much for coming all the way here, I hope you enjoyed it. <3

If you liked our interpretation of Deku and Kacchan and if you are curious to find out how they got to this point, I and Zel are pleased to inform you that you can find the beginning of their story (written by me and illustrated by him) in the Zine Shinobiyoru, a fanbook entirely dedicated to the Baku/Deku couple with lots of other fictions and illustrations by many good artists. You can find the Zine's page on Twitter.