After the departure of Donna Noble from the TARDIS, the Tenth Doctor receives a distress signal...from another TARDIS. Horribly confused yet hopeful, he attempts to figure out how this could be so.

(Based on an RP I've tried with multiple partners. Warning: There will definitely be implied torture in this fic; depending on which scenes I decide to include, I may upgrade the rating to Mature for depictions of said torture.) 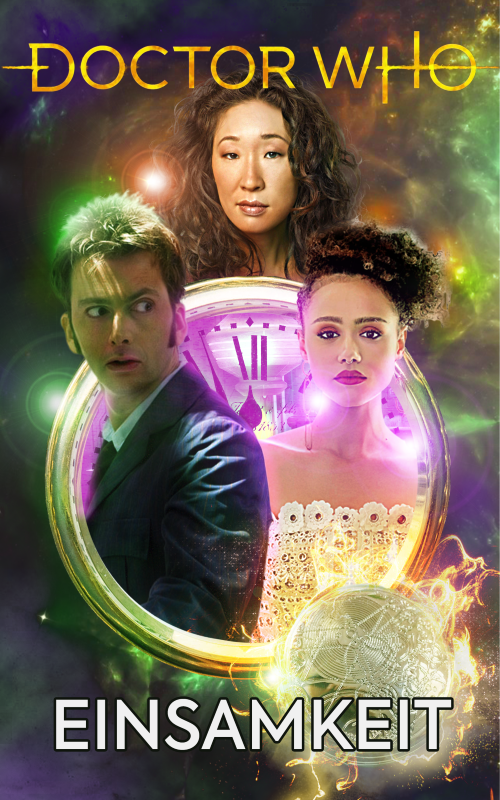 Ten was sitting in the TARDIS’s library when it happened, reading a book with a nice cup of tea.

Ten froze, eyes widening, almost choking on the sip he’d just taken. Code 000. Suddenly, he was twenty-five again, sitting in a desk at the Academy. If the crew of a TARDIS was in trouble and only had the time or ability to press one button, it was best practice to send that one out—the most basic distress signal possible, broadcast to any other TARDIS within 500 years and some other systems.

Of course, hearing that begged more than a few questions. Questions that needed answering. Ten shot up from his chair and bolted to the console room, footsteps banging down a corridor. His first thought was the Master, but…no, even if the Master had somehow returned after…after what had happened, he wouldn’t randomly draw the Doctor to him, would he? Or,well. Knowing him, maybe that’s precisely what he would do. It was more a matter of where he’d gotten a TARDIS. Ten tried to shake off recent memory and rounded a corner into the console room, scrambling to the console.

He was just in time to watch the various screens stop lighting up. The signal had disappeared.

Swearing, Ten fiddled with various instruments to try and pick up the signal again. Extending the temporal range of his own TARDIS’s sensors. No luck. Yes, this was probably the Master trying to tease him. Extending hope to him, then ripping it away again. Well, it wasn’t going to work. Ten was going to find that bastard and—and…

Have a good yell at him? Punch him? Swear at him?

Burst into tears and hug him, thanking him for coming back?

Ten took a deep breath. Plenty of time to cross that bridge when he actually came to it. For now, time to focus.

The first questions, of course, were how and from whom the Master had gotten a TARDIS. A few manipulations of the recorded signal—thank Rassilon for that setting, always keep receipts—gave possible clues, as well as more surprises.

“Type 94. A War TARDIS. Really. You somehow made off with a damn War TARDIS.” Ten groaned. More broadly, the signal came from the Swiss Alps slightly more than one-hundred years from his current location—2121. He punched in the coordinates, then, after piloting the TARDIS there, returned to work on the signal—best to work with what he had before heading outside for more. Further study suggested a particular owner—not the Master, but one Karyahlaten of Arrowroot House.

Karyahlaten. Off the top of his head, he didn’t recall the name. According to the TARDIS’s database, she was a mid-to-high-ranking general in the Last Great Time War, on her third regeneration, declared MIA and presumed dead for good approximately six months before its end.

Wait. The Doctor moved away from the console, starting to pace around the room. Assuming the Master was no friend of this Karyahlaten, he shouldn’t be able to use her TARDIS. Even if she were dead, as she likely was at this point, the TARDIS wouldn’t allow it. This woman had to have let the Master use her TARDIS for whatever reason, possibly even giving it to him freely…

What would be the point of that, though? She was a general, and he’d been a deserter before her disappearance. Was she a deserter too? If so, why so late in the game, and where did she go?

Was she…if she left combat, did she survive the Time War? Ten stopped dead.

Was she still alive?

The room wobbled. Ten took several deep breaths, leaning against a wall. If she were still alive, was it really the Master who sent the distress signal, or was it her? No, wait. When he’d…when the Warrior had used The Moment to do what he did, he’d destroyed all Time Lords (and Ladies,and Tots, as the case may be), not just active combatants. Unless she’d disguised herself, much like the Master had, there was no way she could have survived. Or, well. Technically, there were probably ways, but none that seemed…well, probable. So, had she survived? Had she disguised herself? If Karyahlaten had gifted the TARDIS to the Master to use, it was possible she was dead and the TARDIS had decided to stay with him.

The answer to the first question struck Ten like a lightning bolt. Yes. Most likely, anyway. If Karyahlaten had died, it would have psychically damaged the TARDIS whether the TARDIS had wanted to remain with the Master or not, not to mention the emotional damage that sometimes drove TARDISes into throwing themselves into stars after their pilots died.

So, how did she survive? Again, most likely for her to have taken the same route the Master did, especially if she was in contact with him at some point. And if she’d disguised herself, not only would she likely not remember anything from her past, rendering her unable to pilot a TARDIS, but good luck finding her, even and especially if she did. It had been dumb luck that had brought him to the Master, after all. Ten groaned. Dammit. A Time Lady out somewhere in the universe, and nothing he could really do to find her…

Unless. Ten’s eyes widened, and the room wobbled again.

If what he suspected was true, and Karyahlaten had given the Master her TARDIS before either of them had disguised themselves (with the Master stashing it somewhere before disguising himself—maybe he didn’t grab it after restoring himself the first time because it was somewhere too far-off for him to get to in time and too easy for him to get caught), the Master might know where she was! And Ten would find a way to get it out of him.

Ten could feel his hearts in his throat. Two for the price of one? Two for the price of one. And if the Master teased him once, there was no way the Master wasn’t going to continue the game, and then the bastard could be caught. All Ten had to do was wait. Wait! He could do that. He could do that for centuries if it meant seeing his own kind again!

Ten could feel tears welling up in his eyes. He shook himself, trying to calm down. The Master wouldn’t want to sit and play house with him, he’d proved that much last time, and Karyahlaten was almost a complete unknown. But there was hope. Hope.

Now, was there anything more he could get from outside, or was that the end of it? Ten scurried to a closet to pull on some high-altitude gear. He paused for a moment upon seeing the set hung up next to his own.

Doctor, perhaps this is a little mundane—I mean, I could have just saved for a plane ticket, even before I met you—but I’ve heard the view from the Canadian Rocky Mountains is amazing, and—

Pick a mountain, Martha. Pick a few, if you want to compare! We’ll go as soon as we’ve got everything we need.

Ten directed his eyes away from the purple set of gear. No time for that now. He had some investigating to do. On went his gear, and he sprinted as best he could out of the TARDIS, footsteps crunching in the mountain snow.

He looked around for a moment. The sun was rising, sending beams over the horizon, and he swallowed.

Do you? I’m surprised. I thought the second one was more impressive.

Ten took a deep breath. The breeze would have chilled him to the bone if the high-altitude clothes he was wearing hadn’t been from a planet far colder than Earth got, even at its worst. He took out his sonic screwdriver and started looking for anything suggesting a TARDIS was here.

He didn’t know quite what he was expecting, but it wasn’t nothing. He moved forward, using more sensitive settings. Sure, the TARDIS was a Type 94 and could easily mask its former presence from something like the sonic even at its most sensitive, but why would the Master want to do that if the point was to taunt him? If the point was to taunt, then knowing the Master he would have written something with his own urine in the nearby snow or the like. The image would be funny—good luck keeping your willy trying that one up here—if it wasn’t so frustrating. That could be it, he supposed—it was frustrating him—but it didn’t feel right.

What was that man’s game?

After a few more hours attempting to find something—anything!—Ten slunk back inside, despondent.

Time to wait, he supposed. And study the signal more, but most likely just wait.

Alice knew better than to try the door. Viera had likely put some deterrent on it to teach her “disobedient darling” a lesson. For now, Alice supposed, Viera had won. The shot, Alice's one, perfect shot, hadn’t worked, and now it would be a long time before Viera would let her near the console again.

No matter. Sooner or later, Viera would misstep again. And when that day came, Alice would be ready.