The Professor and the Sniper God

Charlie and Ian clash when they first meet. Is there something between them? How will they fare against one another? Is it love at first sight? What will Charlie do and feel when he finds out something important that was kept from him? Will he let Ian help him or will he push Ian away? What happens when Ian finds out that Charlie is in danger? Will he save him and burn the world trying? Starts during Sniper Zero but will continue on. Rated M for later chapter.

A/N: This story will be AU!!! I’m not one who follows episodes to the letter if at all… There will be Slash in this story so if you don’t like don’t read… The main pairing will be Charlie/Ian… I haven’t firmly decided on any other pairings so if you have a pairing you’d like to see in this story feel free to leave it in a review or send me a message about it!!! You may see prompts throughout the story at the beginning of each chapter from the Are You Crazy Enough to Do It Challenge (AYCEtDIC) on the Harry Potter Fanfiction Challenge Forum (HPFCF) on FF.Net and the reason I said where the forum is at because I’ll be cross-posting this story on AO3 as well as on FF!!! Don’t worry about it if you do because you don’t need to be a member of the forum to understand the story or chapter that a prompt appears in… I love Numb3rs and I did like Charlie with Amita, but I have become partial to a Charlie/Ian pairing… lol…

I have several story ideas that are different from one another, but a few of them start during the same episode… This story starts during Sniper Zero where Charlie and Ian are in the building that the sniper used to shoot the woman at the movie theater!!! Remember though that this story is AU!!! Enjoy!!!

I also want to wish my friend Erin a Happy Birthday as today is her birthday!!! That is why I wanted to finally get this first chapter posted… It is kind of a present for her!!! I do hope that you like this chapter and the whole story, Erin!!! Happy Birthday!!!

The part in bold is dialogue taken directly from the Sniper Zero episode!!!

Story cover made by Erin aka Whatever55!!! Thank you, Erin!!!

Disclaimer: I don’t own Numb3rs!!! 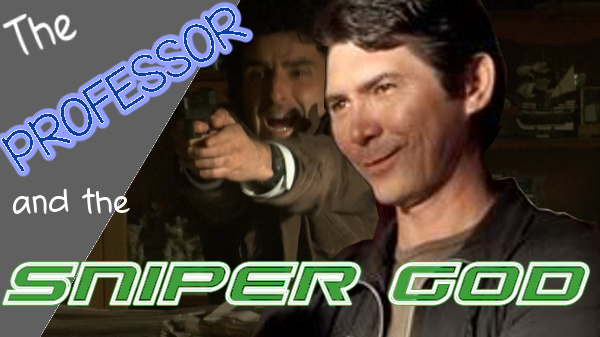 Charles “Charlie” Epps frowned as he looked down at the paper on his clipboard and then out the window where he had a clear line of sight to the movie theater where a woman had just been shot at. He bit back a groan when he heard footsteps heading his way because he had no doubt that it would be the bane of his existence. He wasn’t sure why but there was something about the sniper Ian Edgerton that made him want to do and/or say things that he normally wouldn’t want to. He didn’t acknowledge the older man and instead kept focused on the paper he was doing calculations on. He needed to figure out why they were all coming out wrong. He was able to pretend the other man wasn’t there up til the man was almost right beside him.

He walked into the abandoned building that he knew the serial sniper used and sighed. He really wanted to catch the guy so that nobody else fell to his rifle. He couldn’t help but smirk slightly when he saw Professor Charlie Epps standing near a window and looking at it while doing equations on a piece of paper attached to a clipboard. He sauntered over to him as he let his eyes roam of Charlie’s figure. He had to admit to himself that he found the Professor very attractive. “Hello there, Professor, still figuring the angles?”

Charlie looked up and shook his head. “What I’m figuring is the reason why he missed. This shot is way closer than any of the others.”

Ian walked over to another window and opened it up. He used his laser light as a pointer once Charlie joined him. “Well, closer doesn’t mean easier. He ran a higher risk of being seen here.”

Charlie frowned and bit his lip. “That wouldn’t affect the shot itself would it.”

Ian fought back the urge to roll his eyes and looked at Charlie. “Forget about the math for a second. Just look. Try to think like he does. Invisibility is a sniper’s greatest strength. He starts to worry about losing it, his heart rate increases. If he doesn’t know how to hand it, his breathing rhythm gets thrown off.”

Charlie shook his head. “I don’t really believe in them.”

This time Ian did roll his eyes. “Believe in them? It’s not like they’re ghosts.”

Charlie huffed. “Obviously, that’s not what I meant.”

“So, you don’t take into account sweat getting into his eyes, or his hands cramping up, or adrenaline twitching the barrel? That’s the difference between an expert’s marksman and a guy who aims at white meat and goes home with a wing.” Ian retorted.

Charlie narrowed his eyes as he stared at Ian in surprise. “A woman got shot today not some animal.”

Ian narrowed his own eyes at Charlie. He wanted to make sure that he got his point across because with the way the younger man was talking to him sounded like he was judging not only him but others in the same line of work as him. He may think the Professor was attractive, but he wasn’t about to put up with that from him or anyone else. “I see. So, when I regard her as a technical problem, I’m a sick bastard but when you plug her into an equation, you’re a scientist.”

Charlie thought for a second because he hadn’t meant to hurt the other man which he could see that he did somehow, and he wanted to correct that. “No that isn’t what I meant. It just seems like it’s all some kind of sport to you.”

Ian shook his head. “It’s not a sport to me at all. I know that it was a woman who was shot and not an animal, but if I don’t keep my mind set in the way it is currently then I or someone else could end up dead and I’m not about to let that happen. Just remember that not everyone can look at the angles like you, Professor, because it could get us killed quicker. It’s my job to put my head inside the mind of a killer. Your brother’s too.” He started to walk away and then called out, “You coming?”

Charlie looked out the window once more and then hurried after Ian. He had some things that he wanted to talk to the sniper about. He looked back at his paper and then finally he turned his head to look at Ian as they walked side by side down the hallway. “The pattern of these shootings doesn’t work with my existing equations.”

Ian smiled slightly even as he thought quickly. “So, change the equations. How probable is it that you have the right equations but the wrong answers to those equations.”

Charlie groaned as he bit down onto the pen cap as he ran the numbers through his head once more. “It is improbable that I have the right equations but the wrong answers to those equations. I’m starting to think my whole approach is wrong. Like there’s a design in there somewhere but not usually where I’d look for it. What is your thoughts on the shootings so far?”

Ian pulled his sunglasses down just as they were about to exit the building. “I think that the sicko shooting innocent people has a thought to his methodology on how he’s executing the shootings. We just need to figure out what that is so that we can stop him before he kills ago. I also think that your approach is wrong because you don’t know what it is like to shoot a gun so you can’t calculate that into your equations. Until you learn what it feels like to shoot a gun you will never be able to get your predictions right on target.”

“So, what you are saying, is that I need to learn how to shoot a gun?” Charlie finally asked.

Ian nodded. “Numbers may help you, Professor, but until you have actually shot a gun you won’t know how to calculate that into your formulas.”

Charlie sighed. “Feel like teaching me then? Don will put up a fight if I ask him to.”

Ian laughed. “Don does seem rather protective of you, Professor. I’ll tell you what. You buy me dinner and I’ll teach you how to shoot a gun. By the time I finish with you, you will know just how to load and shoot perfectly.”

Charlie blushed slightly even though he tried not to. “It’s a deal then. Should we meet up about seven for dinner and then head to the gun range?”

Ian turned his head away so that the smirk he had on his face wasn’t seen by Charlie. He couldn’t believe how easy it was to get some time alone with the Professor. He saw Terry heading towards them, so he turned back to look at Charlie with a light in his eyes that hadn’t been there before. “It’s a deal then, Professor. Let’s hope that we will actually be able to go to dinner and then the range. I don’t think that the look on Lake’s face is a good one.”

Charlie looked at Terry’s face and bit back a sigh. He really wanted some time to himself because he was sure that the deal he agreed to was actually a date. He couldn’t help but wonder if maybe the sniper felt the same way he was starting to feel about him. He wouldn’t mind exploring something with the older man. He listened to Terry fill them in and made comments of his own but for the life of him when they were on their way back to the FBI building, he couldn’t remember what he or Ian had said in response to what Terry had told them. His mind was on where he could take Ian for dinner because the more he thought about it the more he hoped that it was a date instead of just a trade of services between him and Ian.