We live. And every day we live, the Alliance loses one more battle in the war.

Written for Twice Told Fandom based on this picture: 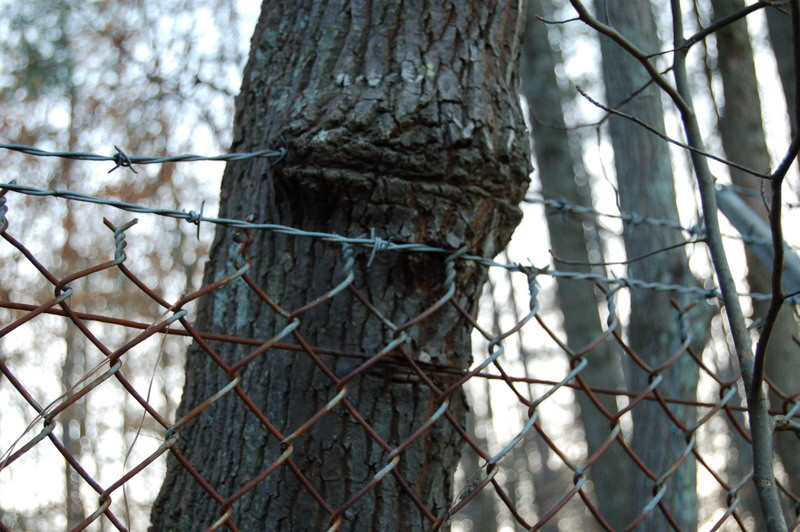 Thanks to fox1013 and mistress_mab for the beta!

They landed on Isabelle on a bright, sunny afternoon for an easy job, quick and painless. Just gathering some scrap metal from an abandoned planet, one so long forgotten there were only a few barebones details in Serenity’s databases.

Everyone disembarked with Mal’s usual warnings ringing in their ears, Zoe and Simon heading east, Jayne and Kaylee west, all within sight as they prepared to harvest the twisted metal.

It was peaceful, calm, so quiet it was almost eerie. Mal’s skin tingled a bit, an inkling of something not right. Not the inkling of impending violence, the taste of imminent betrayal. No, this was different.

Isabelle felt like Miranda. They looked nothing alike, one built-up, modern-like, the other overgrown and wooded with only shells of former dwellings.

River’s words caught him off-guard. She stood nearby, running her fingers along a tree, staring up its straight lines and rough curves, naked without interruption by low branches, at where the bark had grown around the rusted vines, her tools abandoned beside her untied boots.

“What’s that?” Perhaps she could explain why this place felt like nightmares and fantasies.

Mal had long since stopped expecting clear answers from her. Didn’t mean he’d stopped trying to find them.

“Care to explain that to the slower among us?” he replied.

“We hide it, abandon it, erase it or don’t ever write it but we carry it with us all the same. Wind, water, soil—they hum with its pain, its triumphs and tragedies.” She stroked the tree gently with her fingertips, absently as she turned to face Mal.

“What’s the tree telling you?” He wondered when asking questions like that would stop feeling surreal.

“Orphans in time. Nameless. Faceless. No beginning. No end. Just words, fragments of unsent letters twisting in the wind.”

River toed off her boots, picked up her clippers, and climbed the metal until she could reach the top. A few cuts, pieces of metal covered in thorns fell to the ground, and she finished climbing until she sat on the narrow line running near the top, balancing with one foot on the fence, one against the tree, toes gripping metal and bark, her skirt dancing in between.

Her fingers followed the metal sticking out of the tree, held in the bark’s wooden grip.

“You can cage people but you can’t make them not free. Capture what you hate, what you fear because you don’t understand, what’s not same must be not good. Leave them behind, to live, to die, to be forgotten, but traces live on. Don’t need people to tell stories. The past writes itself, on the earth, in the trees, on the people both remembered and forgotten. Our scars are with us always.”

“Can these stories wait to be told until we’ve finished the job and are flying again?”

River jumped down without a word and started pruning the fence, Inara going between the three pairs to gather the crop and carry it to the ship.

By nightfall the fence was stowed on board and Serenity was home again, in the black. River searched for fragments of detail about the abandoned planet, so far from the core, while the rest of the crew settled into their nightly rituals.

The next morning Mal found her at the controls, twisting metal into a bizarre bouquet, all shiny thorns and rusted leaves.

River held it out to him, offered it with words, answer and question interwoven. “Isabelle. She grew up too fast, didn’t know what to believe.”

His raised eyebrow granted her leave to continue.

“They named the planet after her in tribute, before they decided it was, she was better forgotten. Isabelle was a sort of mother to the Alliance, helped foster the final catastrophe on Earth-That-Was. Some thought her a demon, but to the Alliance she was a goddess, an ironic Mother Earth.

“When the end came, the Alliance led everyone to this shiny new future, away from the burdens of the past. So the people lost themselves, went to join the stars.

“They named one of the first planets they settled Isabelle. But people, people are anti-Midas, Sadim, ruin what they touch with their hate, their fear. Must separate, protect the known, harm the other. The Alliance collected their enemies, caged them, animals in a zoo. But it wasn’t enough to stop the spread of the discord, so they abandoned it. The people, the story, Isabelle, left them behind to move, start fresh again.

“Didn’t understand we carry it with us. Hate, fear, acceptance, love—they write themselves on the land, in the air. The past scars everything, marks us, makes us its own. Leaving the people to die didn’t prevent the war. Not telling about the planet didn’t take it off the charts. Writing nothing of what happened there meant the stories whispered themselves in other ways. In the dark soil, the collapsing shelters, trees grown around fences meant to trap an idea they couldn’t silence.

“But we’re still here. We’re still free. The fence is gone but the story remains, in words of minds twisted and rusted like the metal. It’s out there now. They can’t stop the signal, they can’t take the sky.

“The Alliance took Earth-That-Was, it left behind ruin, it tried to forget the people it hated, but they live. We live. And every day we live, the Alliance loses one more battle in the war.”

River stood and walked away, leaving Mal alone with his thoughts and his flowers.