AO3 was nominated for a Hugo Award this year for Best Related Work! This is an amazing achievement and we’re overjoyed that Hugo voters have recognised the incredible collaborative work that is the Archive.

Here’s some information about AO3, including its origins, some key features, and the team that makes it all possible. You can also check out the shiny PDF we submitted for the 2019 Hugo packet!

About the Archive of Our Own

The Archive of Our Own is a fan-created, fan-run, nonprofit, noncommercial archive for transformative fanworks, like fanfiction, fanart, fan videos, and podfic. Our open-source code was built from the ground up by fans for fans, and it runs on servers owned by our parent nonprofit, the Organization for Transformative Works.

Our users are fans of every sort—teenagers and grandparents, first-time writers and professional authors—from all around the world, creating fanworks for fandoms including Hugo Award Winners, Historical RPF, podcasts, Pokémon, and so much more. While the majority of AO3 users use English as their fandom language of choice, we invite them to post and interact in whatever language they prefer. 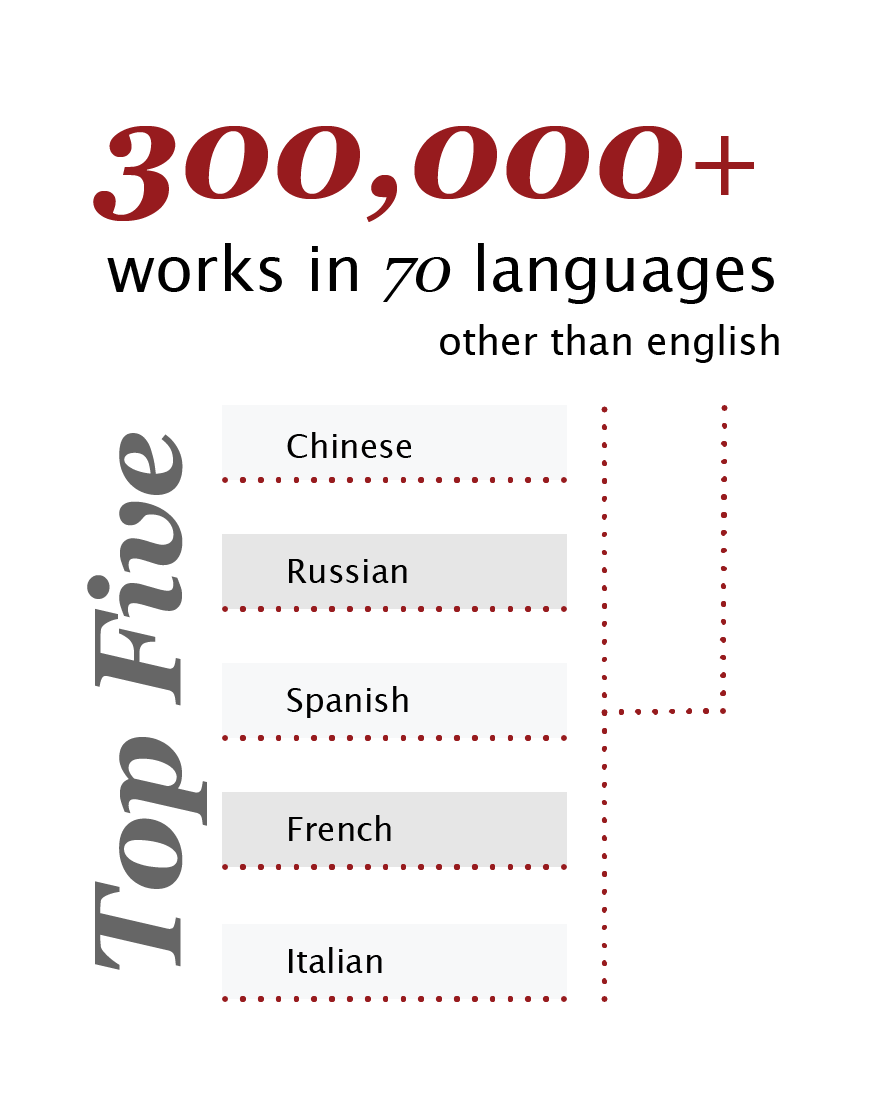 We take pride in providing a platform where creators of all sorts can post their works without ads, and without fear of their works disappearing. We build the Archive and own the servers—it's where most of our budget goes, in fact—but that's not all we and our sister projects do. We rescue and host at-risk fannish content. We provide legal advocacy to protect fannish rights to create, remix, and transform. And whether you're working on a 100,000-word epic or have a quick comic you've sketched, we welcome you to post and share your work with the fannish community. Over 1.9 million fans visit us every day, and we're always happy to have more.

The Organization for Transformative Works is staffed by over 750 volunteers, almost all of whom do work that impacts AO3 in a meaningful way. We are programmers, sysadmins, tag wranglers, support providers, policy enforcers, translators, archive rescuers, lawyers, and documentation specialists. We take pride in our work, and we do all of it for free.

We occasionally work with outside contractors as well, particularly in order to bring major changes to the Archive of Our Own as quickly and effectively as possible. This is made possible by generous donations from our users and supporters. 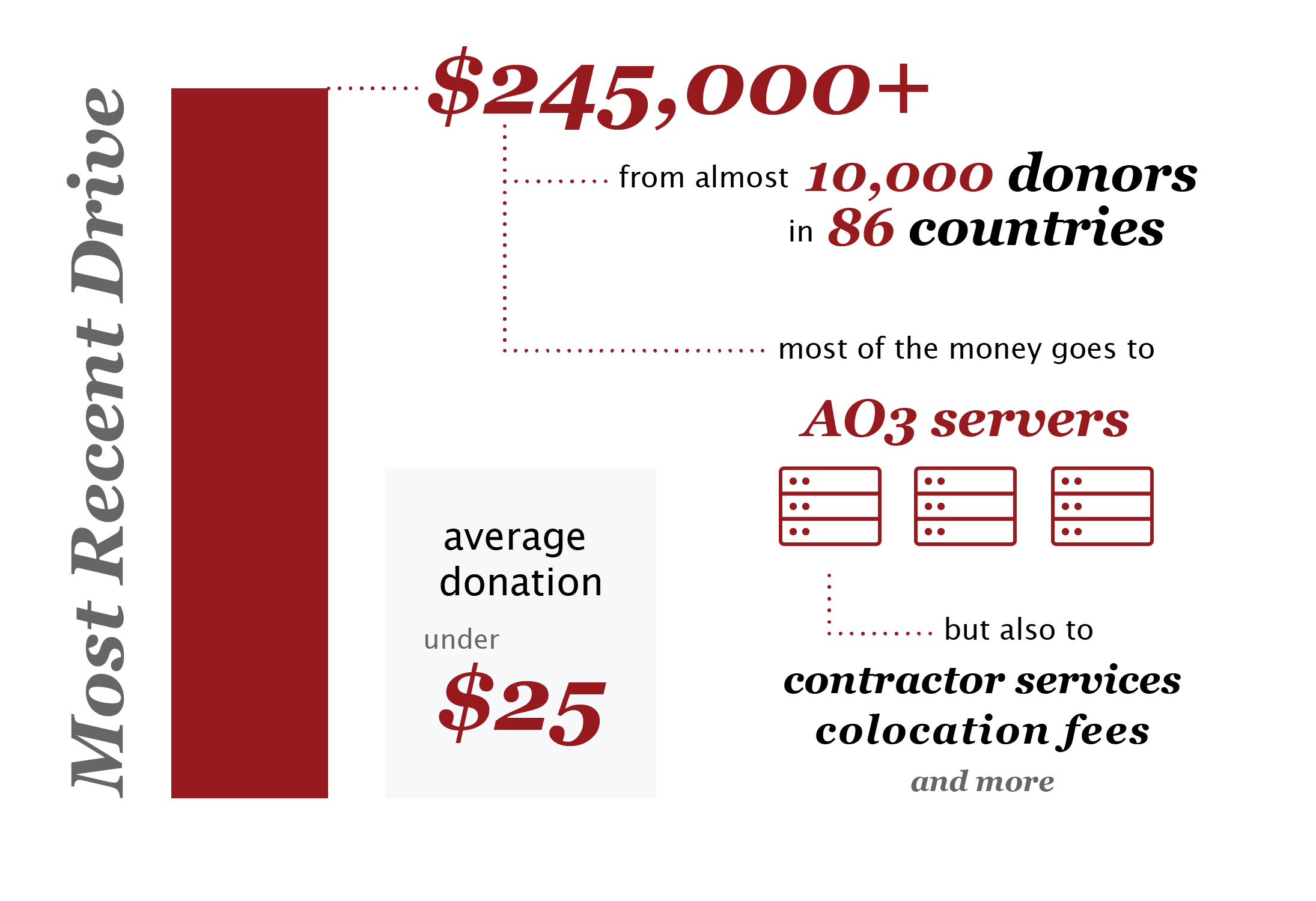 In all, we are a crowd-funded, crowd-sourced effort, and we are proud of every person who helps make our work possible.

Fandom is well known for promoting its gift economy. Historically, fanworks were freely shared: tapes, DVDs, books, and zines would be shipped for free or at cost, and fans would pay it forward when other fans were in need. The rise of the internet in the 90s brought new and exciting opportunities: for the first time, fans from all over the world could easily connect with one another, discuss their fannish loves, and share their fanworks instantly. However, as the internet grew more widespread, it also became more commercial. Websites, archives, and social networking sites were all fannish spaces that ultimately made money for someone other than fannish content providers. Simultaneously, fans were becoming an increasingly visible, marketable demographic, courted by the media through web series, extra material, games, and social media.

This all came to a head in May 2007, with the launch of FanLib, representing the first large-scale attempt to commercialize fanfiction, and Strikethrough on LiveJournal, during which over 500 accounts deemed pornographic were deleted, including rape survivor blogs and fannish communities. Many fans were affected by these deletions; they lost stories, comments, and discussions, as well as the ability to communicate with other fans. Fandom suddenly realized that its communities were dependent on platforms that profited from fannish use and content but didn't prioritize or even care about fannish needs. What's more, fandom realized that the long-successful strategy of flying under the radar of media companies was no longer feasible.

Into this atmosphere, astolat wrote the post that would lead to the OTW and AO3. Entitled An Archive of One's Own, the post echoed Virginia Woolf’s feminist manifesto, A Room of One’s Own, in which Woolf discusses the necessity for a female writer to have her own money and a room of her own. astolat argued something closely related for fan writers (and other fannish creators):

We need a central archive of our own, something like animemusicvideos.org. Something that would NOT hide from google or any public mention, and would clearly state our case for the legality of our hobby up front, while not trying to make a profit off other people's IP and instead only making it easier for us to celebrate it, together, and create a welcoming space for new fans that has a sense of our history and our community behind it.

Within days, the post had hundreds of comments. Some were people excited and willing to help get the project off the ground. Others began creating wish lists of what they wanted this archive to look like, many of which remain the main tenets of our work: 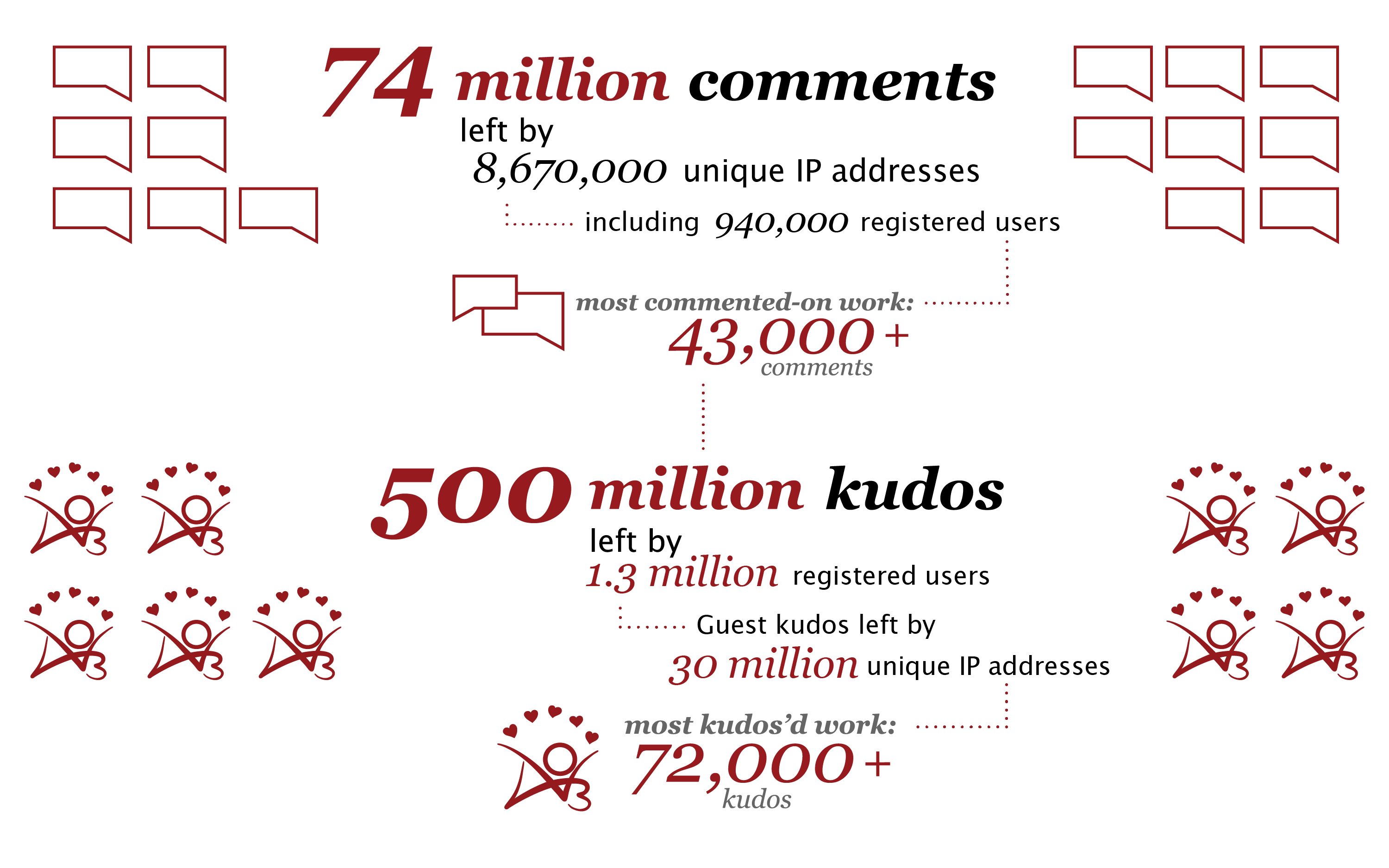 Most fan archives allow comments, which let users communicate with creators and leave words of encouragement, appreciation, or criticism. We've paired this with kudos, which works similar to a "like" and allows users to provide quick appreciation to works they've enjoyed. Frequent AO3 users are used to seeing, "You have already left kudos here. :)"

Collections allow users to collect works or bookmarks based on a specific theme or purpose, whether it's a favorite pairing or works based on Doctor Who Christmas episodes. The Archive also supports two types of challenges: Gift Exchanges and Prompt Memes. One of fandom's biggest gift exchanges, Yuletide, is hosted annually on our servers, and fans of all sorts run other challenges throughout the year. 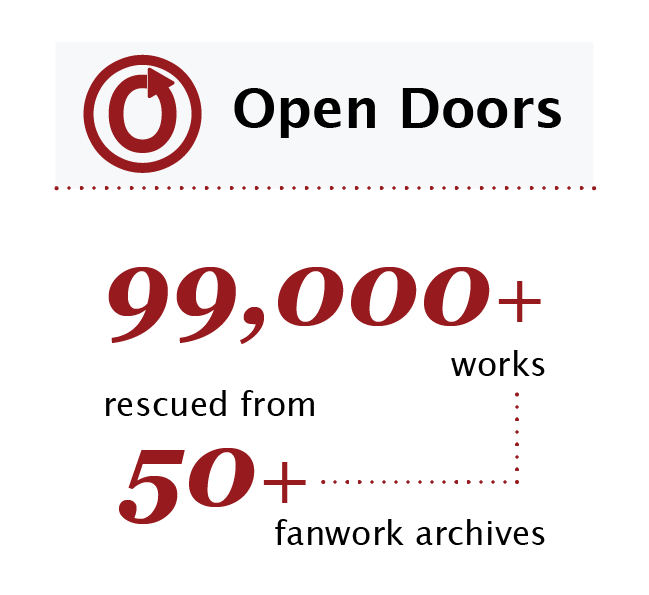 About 2% of AO3's works are imported onto the Archive by our sister project, Open Doors, which aims to preserve at-risk fannish content. These works were originally hosted on online archives that were in danger of closing and losing their content, and are now hosted in special collections on the Archive.

All works are available for download in five formats, perfect for reading on the go or when AO3 has announced downtime for planned maintenance.

Tags are a vital part of the AO3 experience; they're what allow users to find the works they're looking for, no matter the pairing, rating, or theme. Users are able to tag in whatever format is most useful or natural to them, and our team of over 350 tag wranglers link these tags together into easily searchable concepts. William Laurence/Tenzing Tharkay, for example, will also find works tagged with Laurence/Tharkay, Tenzing Tharkay/William Laurence, or Will Laurence/Tharkay. Related concepts are also linked: Space Opera and Space Battles are both found under the metatag Outer Space, along with other related terms like Astronauts, Spaceships, and even Space Whales.

AO3 is constantly growing and changing. Here are some of 2018's highlights: