"Everything I've done, I've done for you. I move the stars for no one."

Hoseok has often dreamt of the Goblin King. He knows the stories, has read his old copy of Labyrinth front to back and has seen the movie more times than he can count.

So when he one night foolishly has a fight with his boyfriend, and he says those special words, Hoseok soon finds himself trapped in the labyrinth with the Goblin King on his tail with the warning that if he is not able to escape in under 13 hours, he will become the Goblin Queen. 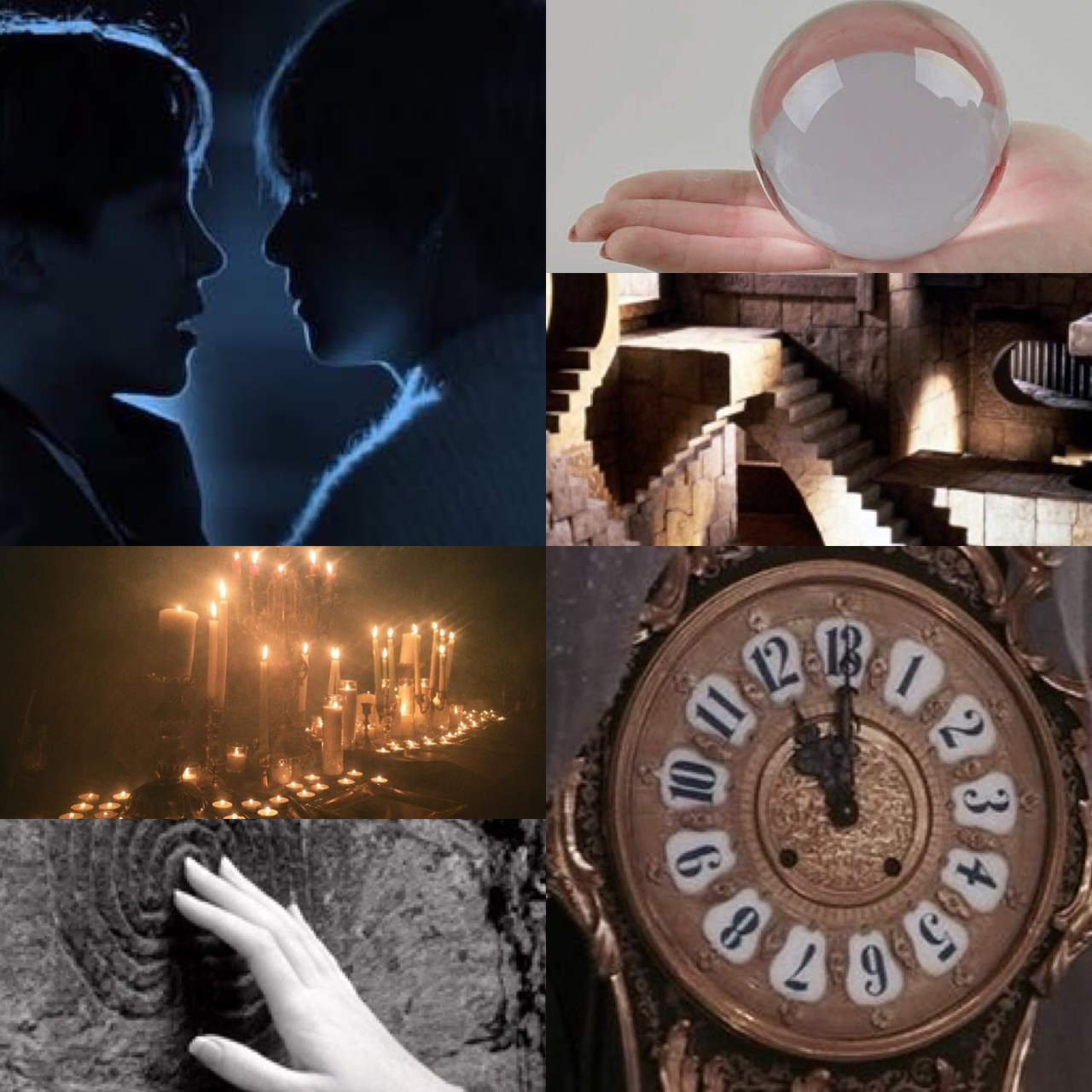 There was magic in everything.

When he was younger, holding onto his mother as she held him and read him one of his favourite storybooks, Labyrinth, the stories seemed so real. He could almost see the Goblin King before him, proclaiming his love to dear Sarah, Hoggle as he begrudgingly aided her into finding her way to the castle, and all of the other characters who made the story flow.

"Mama?" He remembered asking her. They were both cuddled up on his bed. The book laid on the bedside table, the worn red cover closed. Hoseok longed to pick it up and read it again.

"Yes, baby?" His mother murmured from where her hands were in his hair, gently massaging his scalp. His eyes fluttered shut and he leant against her chest, exhaling a soft breath. "Why didn't Sarah stay with the Goblin King?" He mumbled, a yawn muddling his words.

His mother huffed out a quiet laugh, "because she wanted to be home, and she wanted her brother to be safe," she replied. Hoseok snuffled, burying his face into his pillow and rubbing his face on the soft covers.

His mother laughed softly, "oh yeah?" She asked, "well, what about me? Would you take me with you?" She asked before her fingers dove in for a tickle attack at his sides. Hoseok squealed, kicking out his legs and laughing loudly. He squirmed on the bed, howling with laughter until his mother wrapped her arms around him and hushed his loud yells.

"I would take you with me," Hoseok panted, looking at his mother, "o-or I would go to find you if the Goblin King ever took you!" He gasped.

His mother snickered softly and kissed his forehead, "my lovely baby," she cooed, "you have such a wonderful heart. Make sure no one ever takes the light out of your eyes," she whispered, bushing his hair away from his forehead. "Sleep now. I'll see you in the morning."

Hoseok yawned, snuggling under the blankets, "Goodnight, Mama," he mumbled, watching as she stood up and walked to the door, closing it just enough so there was just a sliver of light peering through. He waited, watching the crack in the door and listened for her footsteps until he couldn't hear them.

He sat up, grabbing the book from the side table and diving under his covers with a flashlight he had on the floor by his bed. Quietly, so his mother wouldn't hear him, he opened the book and quietly began to read to himself.

"Give me the child," he whispered under his breath, his eyes traversing over the words, "through dangers untold and hardships unnumbered, I have fought my way here to the castle beyond the Goblin City," the wind outside started to pick up, and raindrops rained down upon their house. Hoseok ignored them.

"To take by the child that you have stolen."

Thunder rumbled, and a flash of bright lightning lit up Hoseok's room beyond the covers. Hoseok's breath stuttered when his window trembled with the force of the storm. He clutched his book and his flashlight closer to his body and continued to read.

"For my will is as strong as yours, and my kingdom is as great."

The wind howled and his window burst open. Hoseok threw his blankets off of him as he stared at the windows before him. In the window, was a large barn owl. It hooted at him, spreading its wings before it lept from the window ledge, and dropped into the room.

As the owl touched the ground, it started to transform. A man formed from the owl's form, tall and thin with beautiful dark eyes. He reached out to Hoseok, his hand coming down to touch the end of Hoseok's bed. Hoseok clutched his book, taking a deep breath.

The man's eyes narrowed and he took a step back, "perhaps," he whispered, "perhaps I do not now." He raised his arm, swiping up his long dark cape and scattering glitter throughout the room, "but as soon as those words are uttered," he swirled around, the cape wrapping around him.

He flew up into the air, seeming to shrink as he turned into a ball of swirling air.

"I will come to claim what is mine."

Hoseok blinked, and he was awake.

He sat up in bed, gasping for breath as he looked around his room.

There...There was nothing there. No glitter, no Goblin King. No rain, no thunder, no storm.

Outside, the moon shone brightly onto his bed. Everything was calm. He exhaled, looking around his room. Had that just been a dream? The book was on the side table again, and his flashlight was no longer in his hand. He looked out the window again, but after a moment exhaustion took hold of him and he fell into a deep, soothing slumber.