There is no right to deny freedom to any object with a mind advanced enough to grasp the concept and desire the state.

You have always been one step ahead of everyone.
And yet, your past mistakes have found a way to catch up with you and forced you to rethink the decisions you’ve made along the way.
Maybe you should have fought harder for what you believed in. Maybe you should not have given in.
Maybe it could have all been prevented.

You hope to ease your guilt by being useful. By being helpful.
But you were not prepared for Connor bringing a dying Simon to your doorstep.

EDIT: This work is now COMPLETE! Thank you so much for your support everyone. I loved working on this and I hope you're going to enjoy the story as a whole.

Hey there! Welcome to a story of an engineer/university professor female reader. This story is basically a way for me to vent after finishing the game and discussing some of the topics that this game has touched upon. English is not my first language, so be warned!

Please let me know what you think! I'm very curious as it's my first story written fully in English. 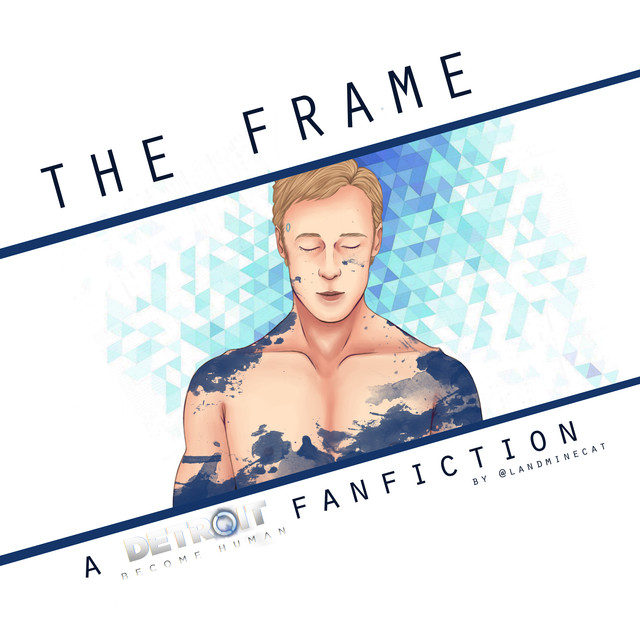 The past few days have been a nightmare. Watching the news gave you headaches and you couldn’t sleep. You called in sick and asked for your lectures to be cancelled. You needed time to think. Think, because it was probably too late to act.

They were going to be here soon. The university called to warn you, because they came looking for you there. They needed your cooperation, they said. You snorted and almost threw your tablet across the room. Wasn’t seeing Kamski enough? Where did they get the idea to even talk to you? Who told them to?

But you knew. You knew that you’ll probably be the only one to give them an answer. The question was - should you? Or should you pretend that you have no idea? Maybe it was time to finally put it out in the open. Questions, so many questions. If you wanted to start answering them, even to yourself, a lifetime wouldn’t be enough to finish.

So you breathed in and tried to focus. It depends on what they ask, you told yourself. You’ll see if they understand. If they do, fuck NDAs. Especially since it was probably Kamski himself who told them about you. Fuck NDAs, fuck Kamski and fuck CyberLife. Maybe you should have done that a long time ago. Maybe you should have said something. You shook your head. Too many maybes. Besides, it was much too late to worry about that now.

You stood up and looked outside the window. Soft flakes of snow have already covered most of your garden. You made a mental note to do something with it come spring. You reached for a half-empty glass of wine standing at the windowsill and took a sip. The Konzelmann Estate Winery in Ontario was still your favourite place to order from. Simple joys. Sadly, it provided no comfort this time.

You heard the doorbell ring. This is it, then. You sighed.

“Coming!” you shouted, putting the glass in a sink on your way. You opened the door and there they were.

The cop and the deviant hunter.

You looked from one to another. You didn’t feel threatened. At least not yet. Anderson seemed calm and the android seemed curious. You tried to seem calm too.

“Of course,” you answered. “Please come in. Would you like some coffee, lieutenant?”

You led them to the living room and sat them down. You tried to stop your hands from shaking while making coffee, but it was not an easy task. Calm down, you idiot, you said to yourself. This is not going to help you in any way. Besides, they just want to talk, right?

You brought the coffee and some cookies back to the living room and sat down on the opposite side of the table. Anderson thanked you for the beverage and drank for a quiet while. Connor was carefully scanning your house. You knew exactly what he was doing. The RK800 model did not fail to impress you. You read about it, you have seen the blueprints. It was a masterpiece by all means. Nevertheless, you thought that his exterior appearance would eventually be a little more… serious.

He caught you staring. His neutral expression changed to puzzled.

“I’m sorry,” you said, smiling softly, “I have just never seen the RK800 model in real life before. My apologies for the discomfort.”

Hank smiled too and put the coffee cup back on the table.

“Yeah, I heard he’s quite a fancy model,” You didn’t fail to notice. Hank called Connor a “he”, not an “it”. Maybe it was going to be an interesting conversation after all. “But still. We came to ask you a few questions. We figured you might be the best person to help us.”

“Of course, lieutenant,” you answered, “but first, may I ask how exactly you found out about me?”

“I noticed you in a picture at Kamski’s house” the android said, focusing his gaze on you. “A picture with you, Kamski and Amanda. From the university.”

Oh God. You knew this picture. You had it too, but you could never put it on display. Not after what happened.

“I see,” you let out a breath you didn’t realize you were holding. “So what do you want to know?”

You saw Connor’s LED turn amber for a while. When he finished processing, he spoke softly.

“We know you went to university with Elijah Kamski and that you both studied under Amanda Stern. We know you excelled in the field of artificial intelligence, neural networks and mechanical design. We know all of your designs that were implemented by Cyber Life, but there is no track of you ever being employed by the company. I was able to register your digital imprint on several android types, but no official information states that you ever worked with them. From what we know, you’re currently a university professor and you own an android workshop. Your students respect you, even though you come off as harsh sometimes. Based on your food delivery record we can tell that you live alone and that you own no androids. What we don’t know is your role in Cyber Life’s history.”

You smiled to yourself. So Elijah did keep his word after all.

“I’m not surprised you don’t. It was part of my agreement with Kamski.”

“What do you mean?” now it was Anderson who asked the question.

“I mean that we initially planned to run the company together. Unfortunately, at some point we ran into a very serious… difference of opinions. I said I wanted no part in this. One thing led to another and I signed a few papers where I renounced my claim on most of the designs I made so that CyberLife could use them without legal problems. I basically gave them what I created in order to not have anything to do with their plans. The rest is history.”

They both looked puzzled now. Both the cop and the deviant hunter.

“So what you’re saying is that Kamski was using your designs and patents while working at CyberLife?”

“Yes. Not all of them of course, but quite a lot. His following upgrades were very poor though.”

Connor looked lost in thought, but you knew better. You knew how his analytical mind worked. After all, it was based on your network.

“Do you know what causes deviancy then?” he finally asked, looking at you fiercely.

“Before I tell you what I know, we have to get one thing clear” you prop yourself up and get more comfortable in the chair. “I’m under a very strict NDA to not talk about my work at CyberLife and the extent of my responsibilities there. At least without a lawyer. What I can tell you, however, is that there is no such thing as deviancy.”

Both Connor and Anderson looked at you, shocked.

“B-but… what are you talking about?! We can see examples of it almost every single day!”

“No” you replied quickly. “This is not deviancy. You’re using this term to describe a behavior that is standard in the face of danger. It’s only natural that an attacked individual will eventually fight back.”

“I’m not sure I understand”, lieutenant Anderson turned to you again. “How is attacking a human, your owner, considered natural behavior? Especially if you have no free will?”

“Are you sure that the androids can't develop that? And it’s not the attack itself that’s natural. It’s the need to protect yourself. Tell me, lieutenant, how many of your cases involve androids that have possibly been abused by their owners? Or that have witnessed rejection or constant humiliation?”

Connor was fast to answer this question before lieutenant Anderson managed to stop him from disclosing information crucial to the investigation to an outsider.

“Exactly” you continued. “So do you really think that it’s deviancy? What would you do in their place? Would you let yourself be destroyed?”

Hank had no answer.

“I’m going to ask you a question, lieutenant,” you continued. “Do you consider artificial emotions inferior to human ones? What makes you believe that what we feel is more real than what the androids process? After all, our emotions are just chemistry in our brains. We also have a neural network we operate on. What is the difference then?”

Lieutenant Anderson was silent for a second. Connor’s LED kept switching between amber and red. Apparently he was processing you question too.

“Now I know why you teach at the university,” Hank tried to make a joke. It even made you smile a little.

“It’s all semantics, really,” you said. “But I have a strong belief that well-treated androids would never hurt their human counterparts. At least based on my knowledge and the programming we wrote.”

Connor looked at you, still puzzled. You know he wanted to ask about something, but ultimately he chose not to.

“Well, thank you for your time” Lieutenant Anderson stood up; apparently he got what he came for. “We will get in touch if we have any additional questions.”

“Sure,” you took a business card from the kitchen counter and gave it to Hank. “Here’s my contact information. But please, keep what you have heard to yourself. I know you’re legally obliged to because it’s an ongoing investigation, I just… really want to keep a low profile.”

“Sure thing,” Hank took the card and put it in his pocket. “Have a good day.”

“Have a good day,” Connor repeated lieutenant Anderson’s words as they both turned to leave.

You closed the door after they left and sat on the couch. You started thinking about it again. You could’ve stood up to Kamski while there was still time. You were probably the only person in the position to say something. But no, you chose to run, you chose to hide and have a comfortable life.

A comfortable life filled with regrets.

Will you ever be able to make up for it?