The Changing Face of Fandom

An analysis of the change in fandom between young fans and old, based on a comparison of the demographics and fic category preferences of under-18s vs. over-30s within the AO3 Census. 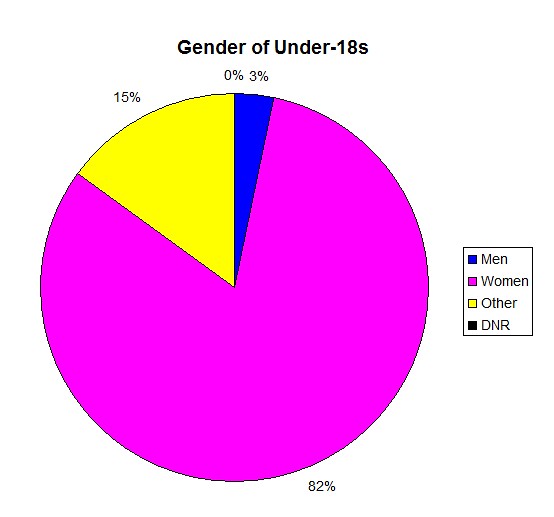 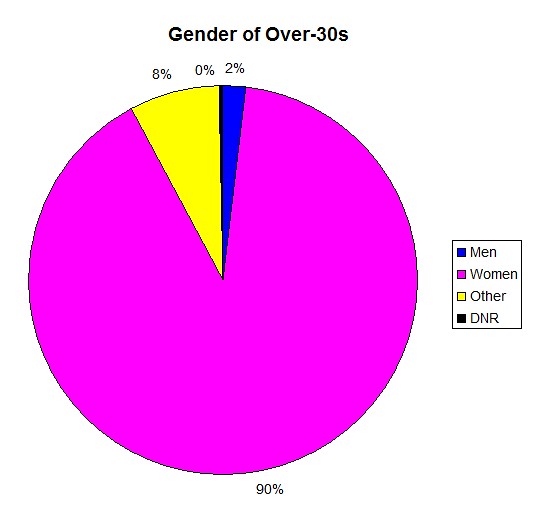 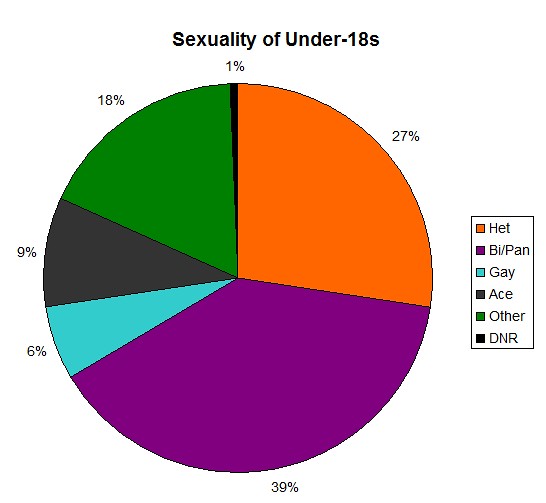 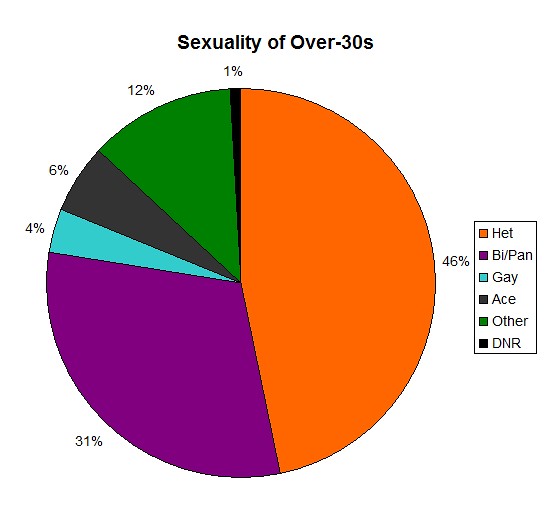 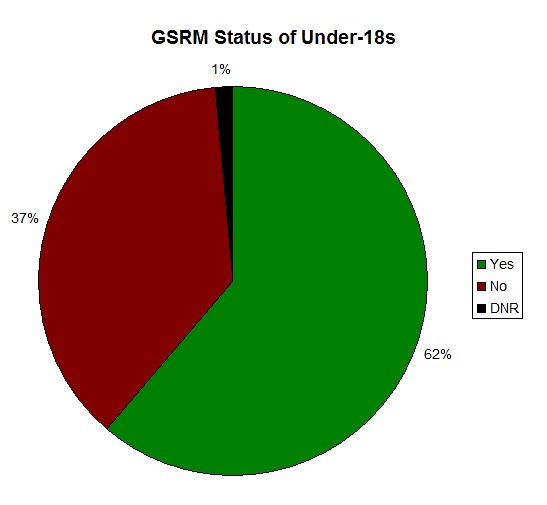 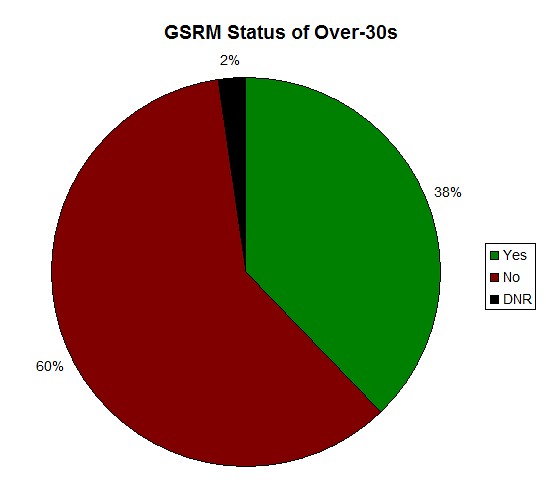 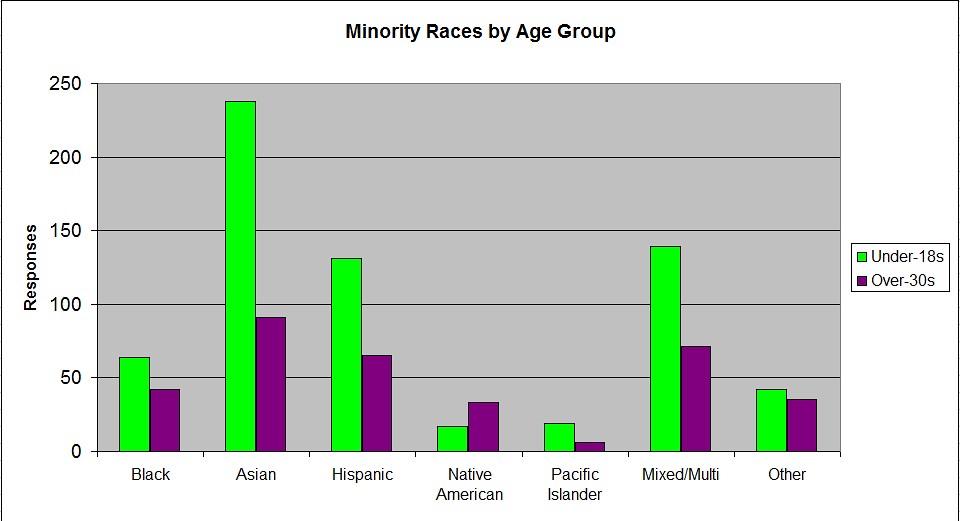 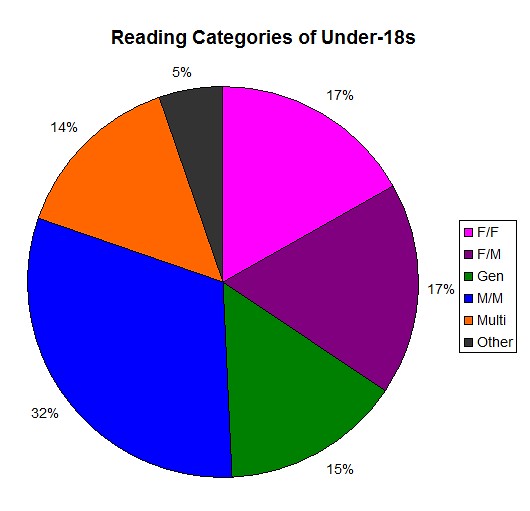 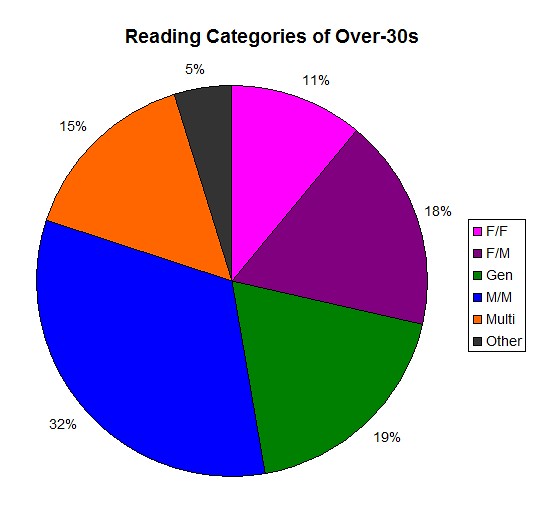 Although people come and go through fandom at different parts of their lives, it’s often assumed that the youngest members of fandom are those who will eventually shape the future of the community. With that in mind, I compared some demographics for the youngest ~20% (1945 under-18s) and the oldest ~20% (1917 over-30s) of fans who responded to the 2013 AO3 Census.

Looking and gender and sexuality, it’s clear that there are far more LGBT+ fans in the younger group, with gains for non-binary people, for every sexuality group other than heterosexual, and for those identifying as a Gender, Sexual or Romantic Minority. There are also increased numbers of several races other than white, with the largest differences being in those who identified as Asian, Hispanic, and Mixed/Multiple races.

In spite of this, the reading interests of the two groups remain remarkably similar, with only a slightly increased interest in F/F among the younger group, while the older group preferred Gen. Writing interests (not pictured) showed even less change, although overall the younger group were less likely to write fanfic than the more experienced over-30s.

It’s clear from these graphs that there’s a significant demographic shift in fandom as you compare the oldest and youngest fans. So why is it that there’s no evidence of a shift in tastes to reflect the different outlook of this new group of young, LGBT+, ethnically diverse fans?