Santa hear my plea; bring my baby back to me

12 Christmas themed Jarry oneshots, one each day until December 24th 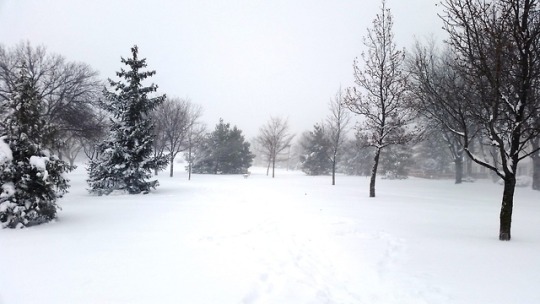 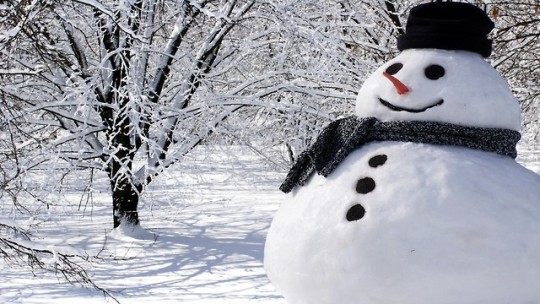 There’s a pristine crisp layer of snow outside when Harry wakes up, James still half asleep in their bed, and he looks through the kitchen window with tired eyes. The sky is still tumbling with new snowflakes, glittering as they settle on trees and bushes. Nothing has really turned into the typical British grey slush of melted ice and dirt yet, the tranquility of the village helping to preserve the picturesque image.

As usual, he’s put on fuzzy socks after getting out of bed – and he’s even more grateful for it today. The floor feels cold even through the soft material as the heating isn’t on yet. Feeling slightly giddy, he breathes against the glass of the window and watches the condensation form before reaching out to trace a star with his finger.

Using the French press to prepare two cups of steaming coffee, adding some brown sugar to his own, he pops the sweet chocolate square of his advent calendear into his mouth before heading back into the bedroom. His step much more uptempo now that the day has given him a wonderful idea.

James is more awake now too, scrolling through something on his phone and Harry watches him from the doorway for a few seconds – the way the ginger in his beard is coming through with the bright winter light peaking through the curtains and how just a faint hint of chest hair is poking out from where his sleep shirt is rumpled – before the cups in his hands get too hot and he clears his throat.

His boyfriend’s gaze snaps up, a smile immediately forming on his face. He places his phone away and reaches out for the morning dosis of caffeine.

'Good morning.’, he says while briefly letting their hands meet, stroking his thumb over Harry’s knuckles.

'Morning.’, he answers, settling down next to him again and leaning back against the pillows - still warm from their over night body heat.

James takes a long first sip of the beverage, humming a sound of pleasure at the taste, before leaning over and pressing a kiss onto Harry’s cheek. 'Thank you for this.’

'Oh? Pray tell, what’s the evil and sinister plan behind bringing me coffee?’

'Welllll’, he says – drawing out the word and pause to make his own first sip of warm goodness – 'I know how quickly some black brew gets you going and Father Christmas has blessed us early with the joy of fresh snow.’

'Aaah.’, the other man says, a cocky smile forming on his beautiful lips. 'Does that mean you want me wide awake and ready for....certain activities....to spend the whole long entire day in bed?’ James’ hand has found a place on Harry’s upper thigh under the blankets and keeps sliding up further and further. The warmth of his palm getting closer to the heat of his groin when Harry stops his movement.

‘Uh uh. That means I want you to drink your coffee, have some breakfast and then get dressed for us to go outside and build a snowman.’ James’ face does a funny pouty little thing as he listens to Harry’s plan.

‘You were right. Those are cruel, ulterior motives.’ He brings the cup to his mouth again, drowning a good portion of the beverage, as if he’s already going along with the younger man’s wishes.

‘Buuuut…’, Harry continues for him, lacing their free hands together. He gets a theatric sigh in return.

‘But. I love you and yes, even enough to go out into the cold to build a snowman.’

‘Yay!’, Harry cheers exaggeratedly, cupping James’ jaw and leaving a kiss on the corner of his mouth. If possible, the older man’s pout only intensifies.

‘If I’m about to get my shoes soaked in icy slush..I better get a more passionate incentive than that…’

Harry huffs, quickly putting his cup on the bedside table to properly lean in lock their lips together. He gives him what he asked for, capturing his lower lip between his teeth and then soothing the spot with the plushness of his own mouth. He pulls back before it can turn into a full make-out session, their tongues just barely meeting in the middle.

‘That good enough for you?’, he asks as he relaxes back against the bed.

‘For now.’ The pout is gone, a smirk now dancing on his face, his eyes glinting with something dangerously exciting.

‘Drink up, I’m gonna start on some banana pancakes.’

James drives them out of town for about fourty minutes, Harry hoping he won’t start sweating too much in his scarf, beanie and glove combo. He knows he’ll be happy he’s wearing all of that once they’re actually outside again.

Last Christmas is about to be played for the second time on the radio when they reach their goal – a quaint little park that’s never particularly busy. There’s a lake near by and the trees are dusted with snow so that they almost look like they’re covered in powdered sugar.

Their breaths puff out infront of them as they make their way deeper into the large central meadow, snow crunching under their feet. It’s the first time they’ve got out their proper winter boots and he moves his toes against the warm lining inside of them.

‘Wanna start around here somewhere?’ James asks as they slowly come to a halt a couple of metres in, their arms linked together. They’re still far from being in the centre but the spot looks nice, the snow around them looking plentiful and clean – and dense enough so that it’s actually going to stick and hold together.

He crouches down to start rolling the biggest ball that will go on the bottom as the base while James does the same for the one to go on top. He thinks about how he hasn’t done this in years, the last time was easily longer than a decade ago by now. In a similar small park somwhere with his mom.

The hand sized snow ball quickly grows as he adds more and more to it, his gloves so far holding up quite well. He’s focused on rounding things out when something pokes his buttt.

A tiny yelp escapes him and he turns around to see James standing there – proudly holdy a small branch in his hand.

‘Found something to use as the snowman’s arms later.’ He looks so pleased as he says it, whether its for finding the spindly stick or giving him a poke…it probably doesn’t matter. Harry smiles at him.

‘Very nice. How’s your ball coming along though?’

He follows the older man’s gaze down to where a tiny, sad looking lump of snow has been squashed together.

‘You know that stick will be useless if we don’t get the body done, right?’

James lets out a too loud sigh as he bends down again to actually start rolling the snow. ‘Fine. You’re lucky you look so cute right now.’ Harry watches him fondly for a few more moments, appreciating his boyfriend’s derriere in his nicely tailored pants.

They both work next to eachother in comfortable silence, cold air clinging to their faces and turning their noses red. Harry’s pile now goes up to over his knees and he decides to bring it to a stop, smoothing everything out as best as he can. Pulling out a couple leafs here and there to make the ball look perfectly snowy white.

‘Mhm.’ Harry answers, shaking off some snow from his gloved hands.

James steps over with his own medium sized ball cradled in his arms. The younger man is surprised to see that after his initial reluctance…he seems to actually have put some effort into it. The whole thing actually looks incredibly smooth.

‘Ready for me to….go on top?’ James wiggles his eyebrows as he plops his part of the snow man on Harry’s – who pretends to be annoyed for a split second before letting his grin win over.

‘Sure. Well done.’ He kneads the older man’s neck through his coat for a moment – a small touch of 'I'm really happy we’re doing this together right now'

‘Why don’t I take care of the last ball and you go find another branch so he doesn’t have to stay one-armed?’, Harry suggests.

‘I do so like it when you boss me around.’, James mutters against his ear – a shiver going through him – before he saunters off to the side.

The snowman’s head is made quickly, he situates it gently on the very top and steps back to look at their creation.

It’s not perfect, all of it a bit uneven and leaning slightly towards the left but…it’s theirs and he couldn’t feel happier about it, already not wanting to leave it here to melt eventually.

‘With the way you’re looking at him…should I be jealous?’

Harry turns towards James’ voice, sees him smiling at the scene and carrying a second branch – this one a bit bigger. It will only add to the charming asymmetry of their work.

‘Never. You know you have no competition.’ They meet with a kiss, cold lips warming up again as they move against eachother.

‘I should hope so. Especially not some as….cold hearted as that guy’, James quips. Harry snorts into his shoulder.

‘Stop being ridiculous and give him some arms.’

The wood is gently plugged into the sides of the second ball and then James reaches into the deep pocket of his coat to…pull out a bright orange carrot. Harry can’t help but start laughing.

‘Did you really take that from the pantry just for this?’, he breathes out.

‘Why? Planned on using it for a vegetable stew or something, did you?’

‘Hey! I make an awesome stew.’ James shoots him a look that says ‘you nearly burned off my tongue when you used too much chili that one time’. ‘Either way…no. It’s really sweet that you thought of that, to be honest.’

‘Wanna do the honors then?’ His boyfriend holds out the carrot to him, like he’s asking him to finish off a masterwork. Perhaps he feels the same way as Harry about their creative process.

‘With pleasure.’ He slowly pushes in the carrot, making sure that their snowman ends up having a nice long nose. As a last second decision, he makes two indents with his thumbs where the eyes would be.

He steps back, grabbing James hand to make him do the same.

The older man must decide that that’s not enough body contact and instead he entangles his fingers and wraps his arm aound Harry’s shoulder, tugging him towards him as tightly as possibly. The younger man’s head now cuddled under his chin.

They stand there, content in eachother’s warmth, staring at their snowman and the frosty grass around them, the only colorful spot being the orange nose peeking back at them.

‘I think it turned out alright, didn’t it?’, Harry asks.

‘Perfect.’, James answers. ‘I think it turned out perfect.’