Disclaimer: All Harry Potter characters herein are the property of J.K. Rowling and Bloomsbury/Scholastic. No copyright infringement is intended.

N.B.: I want to say something. This was one of my first works in the fandom, I was new and didn't know anyone. English isn't my native language and I didn't have a beta. I'm leaving this work up anyway because it is a symbol of where I started, of my (I hope) growth as a writer. Nonetheless, if you decide to read it, thank you, you blessed soul.💙 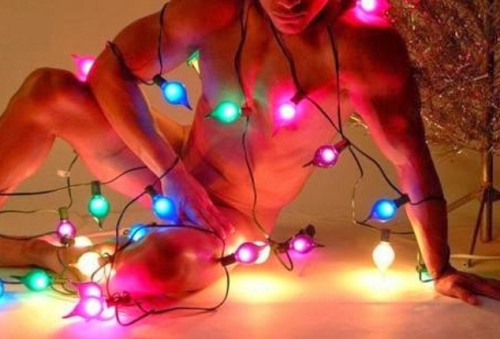 Draco opened the door of his apartment and turned on the lights.

He liked his new apartment; he chose to buy it in muggle London, and it was a bit of a scandal in the wizarding world. Every gossip magazine tried to catch him doing something illicit:

“Former Death Eater Draco Malfoy seen in a coffee shop: does he have a new plan to study muggles closely to then organize an attack?”

“Former Death Eater Draco Malfoy in a sunglasses shop: is he trying to camouflage himself amongst muggles to get accepted before murdering them?”

He was thinking about changing his name into “Former Death Eater Draco Malfoy” for how many times he saw that written.

It was all rubbish of course: he just wanted to be far from the wizarding world, if not for work, at least for his private affairs. He was sick of the dirty looks people constantly gave him or the shoves he received while walking on the streets, people who refused to sell him something or giving him a table at a restaurant. He even found a sign outside Florean Fortescue’s ice-cream parlour: “Malfoys aren’t welcomed”.

He just wanted to go out without having too many problems, so he decided that muggles were the lesser of two evils.

Potter suggested doing something together as friends to help him regain trust from the people, like going to Quidditch games or walking in Diagon Alley together and suchlike. No one would have refused him anything if they were together, but seriously, how desperate did he think he was, to suggest something like that? He didn’t need his help.

Besides, they weren’t friends. They just were… fuck buddies. Sometimes, very often, they had sex and slept together. They barely had breakfast together. So, no point in making people believe in something that wasn’t true.

He took off his coat and shoes and went to the bathroom to have a shower when he heard a dull thud from the bedroom. He quickly pulled out his wand and ran to his bedroom… where a weird scene showed up.

A naked Harry Potter was lying on the floor, wrapped up in Christmas lights, with a camera closely next to him. The strand of the lights was too tight to be comfortable, tying his hands together; red signs were already visible on his skin and it went all over his face too, covering his mouth. He was trying to break free from it, only making it tighten more and his words and complaints were muffled. They came out like gasps and hissings and Draco was having problems remaining concentrated in the situation, his cock already throbbing in his trousers.

“Potter, not that I don’t like what I’m seeing, but…what the fuck?” Draco knelt down next to him and moved the strand of Christmas lights from Potter’s mouth, not without difficulties.

Potter was breathing hard, he had watery eyes and he started laughing as long as his mouth was free. “For Merlin's balls, Malfoy, I’m stuck like this - I don’t know, from hours? I enchanted these stupid lights to wrap up around myself, but something must have gone wrong because I can’t take them off!”

“Ok and that was clear. But can I know why on earth are you in my house, looking like this?”

“Er, can you first get rid of these, please?” Potter moved, trying to point at the lights; he seemed in serious need of help. It shouldn’t have, but this sight was arousing Draco as hell.

“Mmmh, I don’t think so.” Draco put a hand on Harry’s thigh and started stroking it, skimming higher and higher, until he reached Potter’s balls and fondled them. He turned Potter so that his face was on the floor and his ass on display.

Potter let out a strangled cry and panted out, “Please Draco, I… mmmf, I wanted to take a naughty photo for you… You know, like that first time we had sex, this summer… at the photo studio. You said you’d have liked to have my photos in a naughty Christmas hold and now it’s Christmas... But, aaah, but something went wrong and now I’m here, aroused and stuck and if you continue like this, I’m afraid I won’t be able to restrain anymore.”

Draco’s mouth went dry and he unzipped his trousers, taking out his swollen cock, thwapping it on one of Potter’s arse cheeks. “Did you take the photo?”

Potter shook his head, so Draco turned to pick up the camera. Click.

“There, I took it. You look smoking hot. I think I’ll print this and I’ll hang it on my Christmas tree, what do you think?” Without warning, he landed a sharp slap on Potter's arse, enticing a cry from Potter, who lifted his head and twisted to look at Draco, eyes full of lust. “I think I want you to take me right now.”

“Mmh fuck, do you really want to bottom Potter? Because I could have an aneurysm if you say you were kidding.”

Harry canted his hips up and looked mischievously at him. “Do you really think I did all of this accidentally?”

A shiver ran down Draco's spine.

There was nothing he liked more than a teasing Harry Potter.

Thank you for reading! :)

Kudos and comments are welcomed❤️.

Find me on Tumblr or LJ.