Chapter 1: Ammo cegrotanti meddcus est ordtio (Words are as a physician to an afflicted spirit)

We meet Ren, the calligrapher, and gain some insight into his working arrangements with Snoke 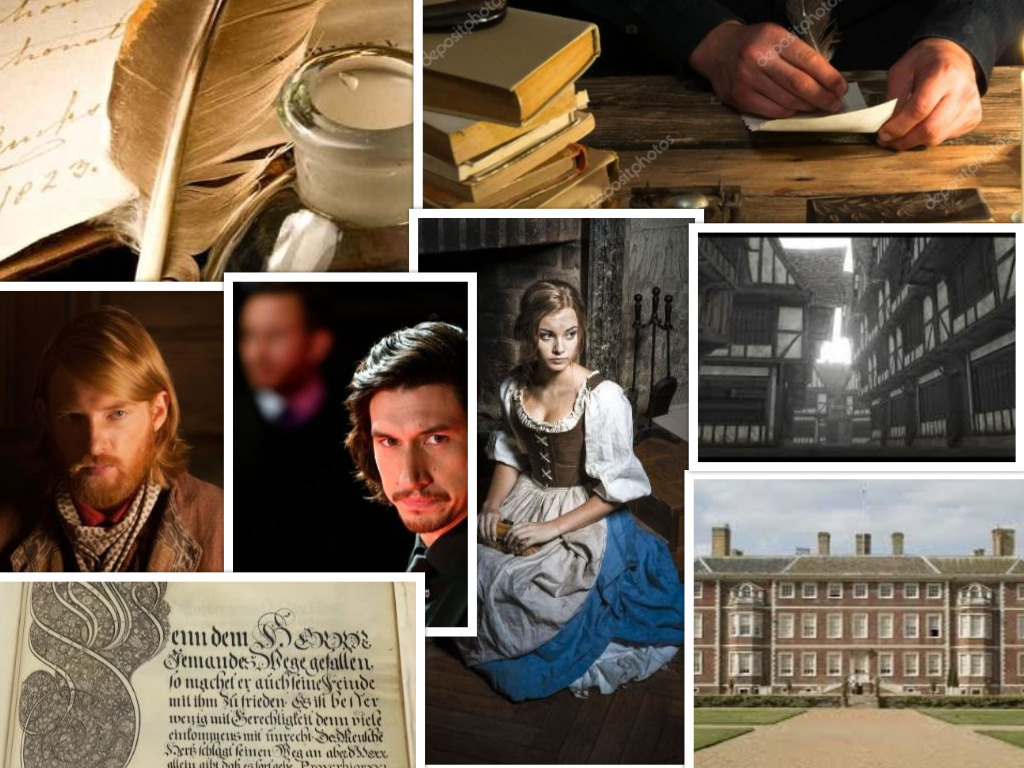 Ren finished the last letter – k – with a flourish and placed his quill back in its holder, reaching for a piece of blotting paper at the same time. He looked at his work as he carefully dabbed away the excess ink. Its not too bad, he thought to himself, but definitely not his best. Usually working on a manuscript late in the evening calmed him. But something had unsettled him tonight, although he couldn’t pinpoint exactly what. He sighed aloud, standing up and stretching out the stiffness in his back and neck. Tonight was going to be hard. On nights like these, when his body and mind were still restless even after working on a manuscript, sleep would elude him. He’d toss and turn and his mind would inevitably drift back to times he’d rather forget. To his father and mother and to his home Millennium Manor, although to describe it as ‘home’ was a bit of an exaggeration. It was the place he’d lived with them, but it had rarely felt like home, like a place where he belonged. It had been filled with tension as his parents’ difficult relationship had inevitably fallen apart. His mother could no longer live with his fathers ‘indiscretions’, with her political career hanging in the balance, and they both struggled with the child they couldn’t handle and they couldn’t relate to. Their restless, anxious, angry child. A monster, his father had called him once, as he’d overheard them arguing. His mother had quickly come to his defence, but still the name had stuck. Was he really a monster all those years ago? He certainly was one now. He’d been called as much for the things he’d done. But even all those years ago, could they sense the person he would become? Was the monster always inside him, just waiting for the right time to come out? Or perhaps the right person to let it out he thought, letting out a dry laugh.

Walking across the room he turned his back on the small cot in the corner and grabbed his jacket. There was no use trying to sleep. He’d be tossing and turning all night until the memories engulfed him. Until the aching in his chest was so heavy that he could barely breathe. Perhaps a walk would help settle this strange sense inside him.

London was still busy even at this time of night. It was just past 11 and the sun had set quite a few hours earlier, but there were still people bustling here and there. Ren walked without any particular destination in mind, trying to set aside the uneasiness he felt. He turned up the collar of his jacket to protect himself against the freezing night air and pulled his cowl over his head. His fists clenched under his gloves. Without really intending to, he found himself some minutes later down by the river. He could just make out the inky blackness of the Thames, flowing and seething in the darkness. The landscape was entirely different at night. No water traffic, no sight seers trying to catch a glimpse of the famous London Bridge. No hawkers selling newspapers or roasted chestnuts or tours of the city. Ren caught watched a piece of flotsam caught up in the swirling eddies of the current. The water was almost hypnotic. Ren leaned forward slightly. He wondered what would it feel like to throw himself into the current? Would it be peaceful, being carried along in the water’s swirling arms, like a piece of driftwood heading out to sea? Or would his body struggle against its depths, against the grasping icy fingers that fought to subdue him.

He was certainly being morbid tonight. Ren pushed those thoughts aside with an impatient sigh and headed back towards Supremacy House. Although he really had no reason to head back there in a hurry – it was not as if anybody was waiting up for him – he really had no where else he could think of to go at this time of night. There were the gambling houses and brothels of course but their attractions held little interest for him. He had no real acquaintances to visit and he hadn’t seen his parents since the day they ‘sold’ him to Snoke. He’d never been particularly sought-after company anyway, with his restless and sullen temperament, but now, after all the things he’d done, it seemed unimaginable to try and make small talk with his peers. He had no stories of visits or outings or balls to contribute. Only his work, and the other things Snoke had asked him to do, which he could never speak of. It was better this way, he told himself, as he headed back through the gates of the manor.

It seemed the foreboding he’d felt had been a premonition of sorts. Hanging up his jacket upon returning to the house he’d noticed the note on his desk immediately. Come to me when you have returned, it commanded ominously. Ren’s stomach sank. He knew there was only one reason why he was being summoned.
---

Enter, the voice called from within, in response to his knock. Ren entered the room and dropped to one knee before his master, bowing his head and waiting for him to speak. Despite the time – it was almost 1 in the morning now - Snoke was waiting for him in his office; what Ren liked to refer to as Snoke’s ‘throne room’, although he’d never voice that aloud. It was where Snoke presided over his business dealings when in town. Snoke’s height meant that he towered over most people generally, although seated in his oversized armchair with the authority of someone who knew he held significant political and commercial sway in London, Snoke was nothing short of intimidating.

Ren could feel Snoke’s eyes scrutinising him as he kept his head bowed and waited to hear the reason for his summons. He knew this game well. Snoke would watch him silently until he broke and looked up, only to be reprimanded. It was his way of reminding Ren of the power he held over him. That he could not even move without Snoke’s expressed permission. That Snoke owned him absolutely.

“There has been a development,” Snoke eventually spoke into the silence, releasing him. “Your father, Han Solo, is back in London.” Snoke watched him carefully to gauge his reaction. A shudder went through Ren’s body at the news but he carefully kept his face as impassive as possible. He’d had years of practice schooling his emotions. Satisfied, Snoke continued, “I am afraid it is time to bring our business dealings to an end.” “I have lost patience with him and his continued excuses.” “He has failed to settle his debt time and time again.” Snoke paused again and then leaned closer, “So I am going to need to engage your particular talents to bring this business to an end.” Ren whipped up his eyes in horror, not fully comprehending what had just been said, his face whitening. “But Master...” he stuttered, before Snoke cut him off. “This is a test that even you have never faced the like of before.” “I trust you will not fail me.” Ren fixed his eyes firmly back on the floor, feeling his mind numbing. “By the grace of your training I will not fail, Master,” he replied. “Good,” said Snoke, “You may leave now”. Ren rose up mechanically and made to leave the room but before he could reach the door Snoke spoke again. “There is one more thing Ren.” “Yes Master,” he said, turning slowly, struggling to focus. “There is another manuscript I require you to transcribe for me.” “It is at the house of an old client.” “I will leave the address with Hux.” “You may collect it tomorrow.” “Yes Master,” said Ren, bowing, before closing the door behind him. Snoke’s eyes narrowed as he listened to the echo of Ren’s footsteps on the floor of the passageway, growing fainter as he headed back to his quarters. “Where do your loyalties lie boy?” he spoke softly to himself. “I guess we soon shall see…”