The Even More Ridiculous BTS Primer of 2019

G.C.F (Golden Closet Films) is a series of videos of the members filmed and produced by Jungkook, starting in 2017. He tried out different camera and editing techniques and music choices with each one. (The Golden Closet was what he called his bedroom in their dorm at the time, which he’d set up as a small studio.)

G.C.F in Tokyo (3.42) Every GCF feels romantic, thanks to the music and editing choices and the unadulterated affection with which the members look at Jungkook on the other side of the camera – but this first one, of Jimin on the holiday in Tokyo the two of them took together, set to a queer love song, is maybe the most boyfriend video you have ever seen in your life.

G.C.F in Osaka (4.05) All the members are in this one, but it’s mostly the maknae line edition (plus one of their managers). Giggly and silly on the streets of Osaka.

G.C.F in Newark VHS ver. (g) (16 mins) After reaching the peak of glossy dreamy beautiful people aesthetic in the Saipan GCF, Jungkook went to the other extreme for this one, and made a grainy retro behind-the-scenes rock doco.

G.C.F 3J @2018 MMA Practice (1.33) The most experimental of the GCFs – this is Jungkook using video footage as paint and canvas. 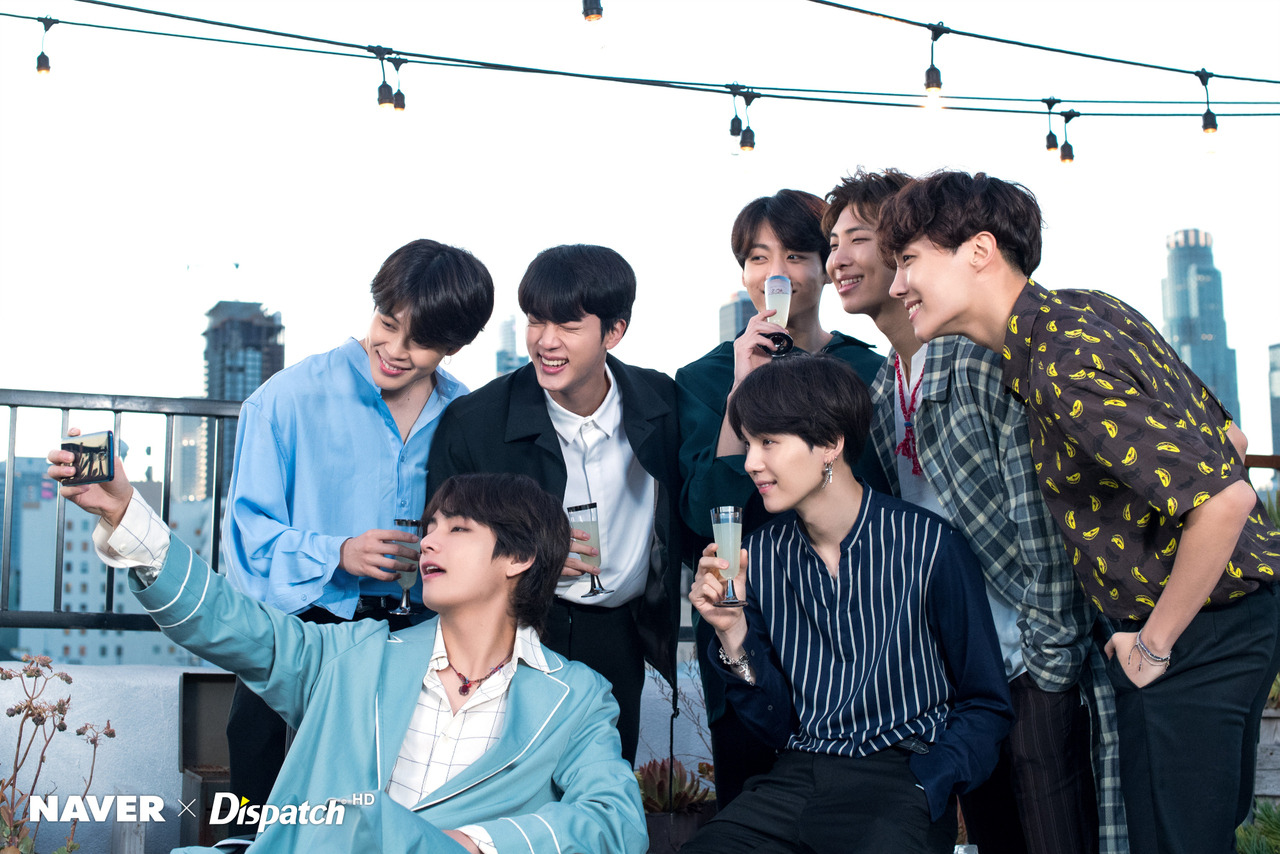 Serendipity Trailer Making (g) (8 mins) From Memories of 2017. With the scene-stealing calico cat.

2017 MAMA Behind (g) (18 mins) More behind scenes, from Memories of 2017. Highlight is the other members’ excitement over Hobi trying on clip-on earrings.

The Wings Tour The Final – Rehearsal Making (g) (14 mins) From Memories of 2017. The highlight of this video is baby Yeontan (so tiny!) and one of Jin’s sugar gliders showing up to the practice.

Summer Package Vol. 4: Saipan + Part 2 (g) (1 hr 39 mins) This is one of the best of the Summer Package making videos – everyone is happy to be there, and some of them kiss stingrays. You also see Jungkook filming G.C.F in Saipan.

J-14 Magazine: BTS Gets Real About Their New Album, 'Love Yourself: Tear' (7.26 mins) This interview did maybe the best job of any of their western interviews in this era of incorporating both English and subtitled Korean, with an edited-out translator to make things smooth. Everyone’s relaxed, and the questions and answers are half meaningful and half memey.

BTS at the United Nations (Official Video) (7.30 mins) Namjoon’s speech at the UN, including their introduction to the stage.

BTS Debut Stage Reaction (7 mins) Watching their debut stage on MCountdown. Lots of laughing at their younger selves and each other, and also some good insights about that time. (These are the performances they’re watching: We Are Bulletproof Pt.2, No More Dream.)

ARMYPEDIA: 'I Like It' (SUGA Cam) (3.54 mins) A special version of the unplugged performance for the ARMYPEDIA Talk Show, in which all the members serenade Yoongi while he tries to escape. Baffling and adorable.

Commentary Film (g) (1 hr 2 mins) from the Love Yourself in Seoul DVD. A concert commentary by the members, including a Red Bullet Tour blast-from-the-past segment, which leads to a lot of reflection on their past selves and will make you laugh and then almost definitely make you cry.

Love Yourself in Europe (DVD, still available from primary retailers including the Weverse Shop) Full concert video for the second night in London, and separate behind videos for all their stops in Europe (London, Amsterdam, Berlin, Paris). They were midway through the LY tour, and the behinds include injuries and exhaustion (in particular this is when Jungkook hurt his foot and had to sit on a chair for every concert) and a lot of emotion. But also shenanigans.

Memories of 2018 (DVD, still available from primary retailers) The usual masses of content that the Memories DVDs have (plus a particularly good photobook).