Art II for BALANCED ON THE EDGE OF AUTUMN by merentha13

Summary As provided by the author:

Fast approaching forty, Doyle is questioning his fitness. A series of missteps on the job brings home the thought that he might be forced off the streets. Confusion about his relationship with Bodie adds to his worries. When Bodie is hurt on an op, Doyle has to seriously consider his, and their, future. 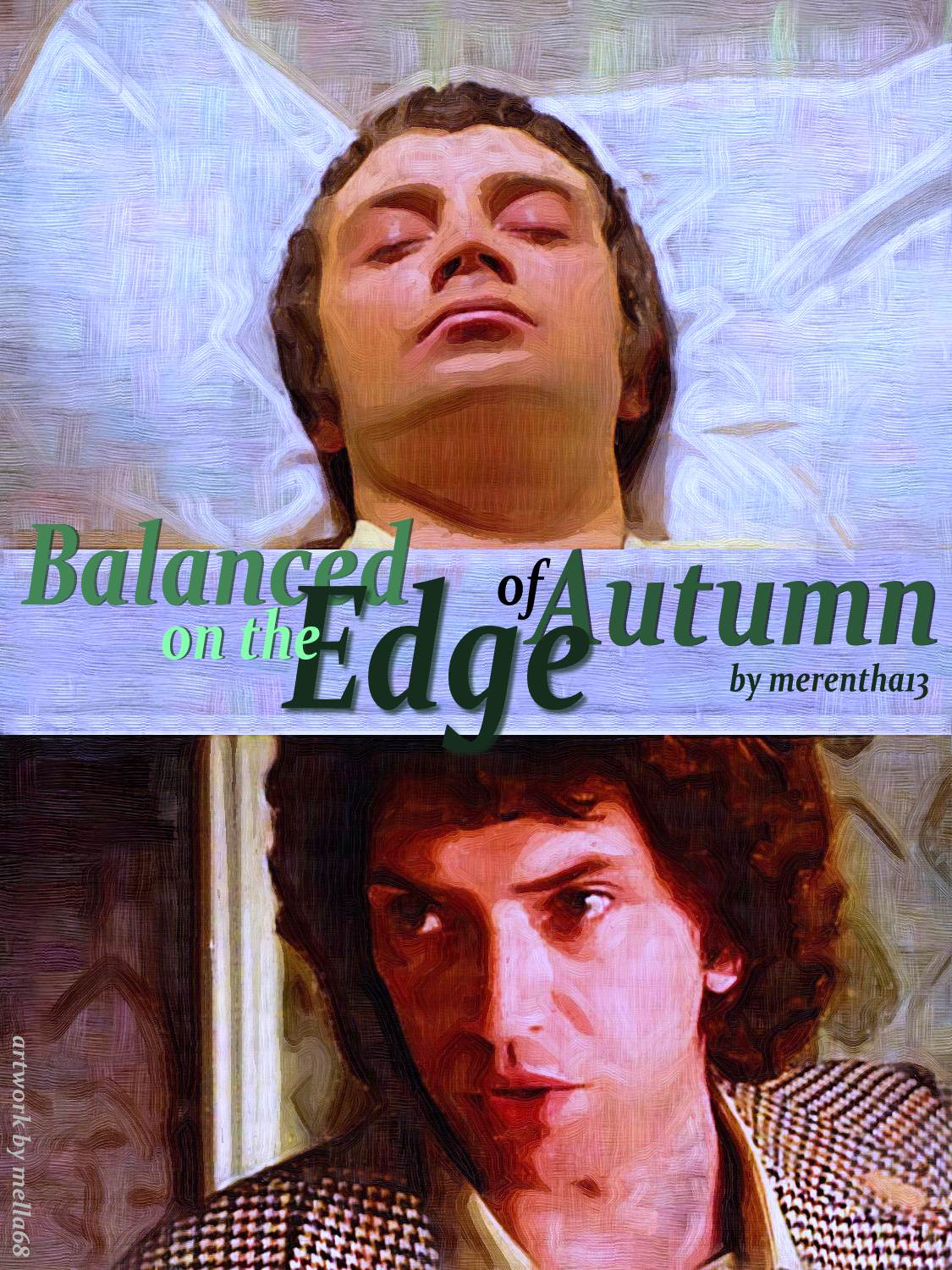 He unfolded the slip of paper the barman had given him with a bit of hesitation.

He read the note. Five simple words. I was wrong. Forgive me.

He looked out the window and blinked back the moisture in his eyes. He tried to convince himself it was the bright sunshine. Copper’s instincts roused, he felt he was being watched. He focused on his car, parked across the street. A man stood on the far side of the Capri, arms resting on the roof. Bodie.

Abandoning his half-drunk pint, he headed for the door. 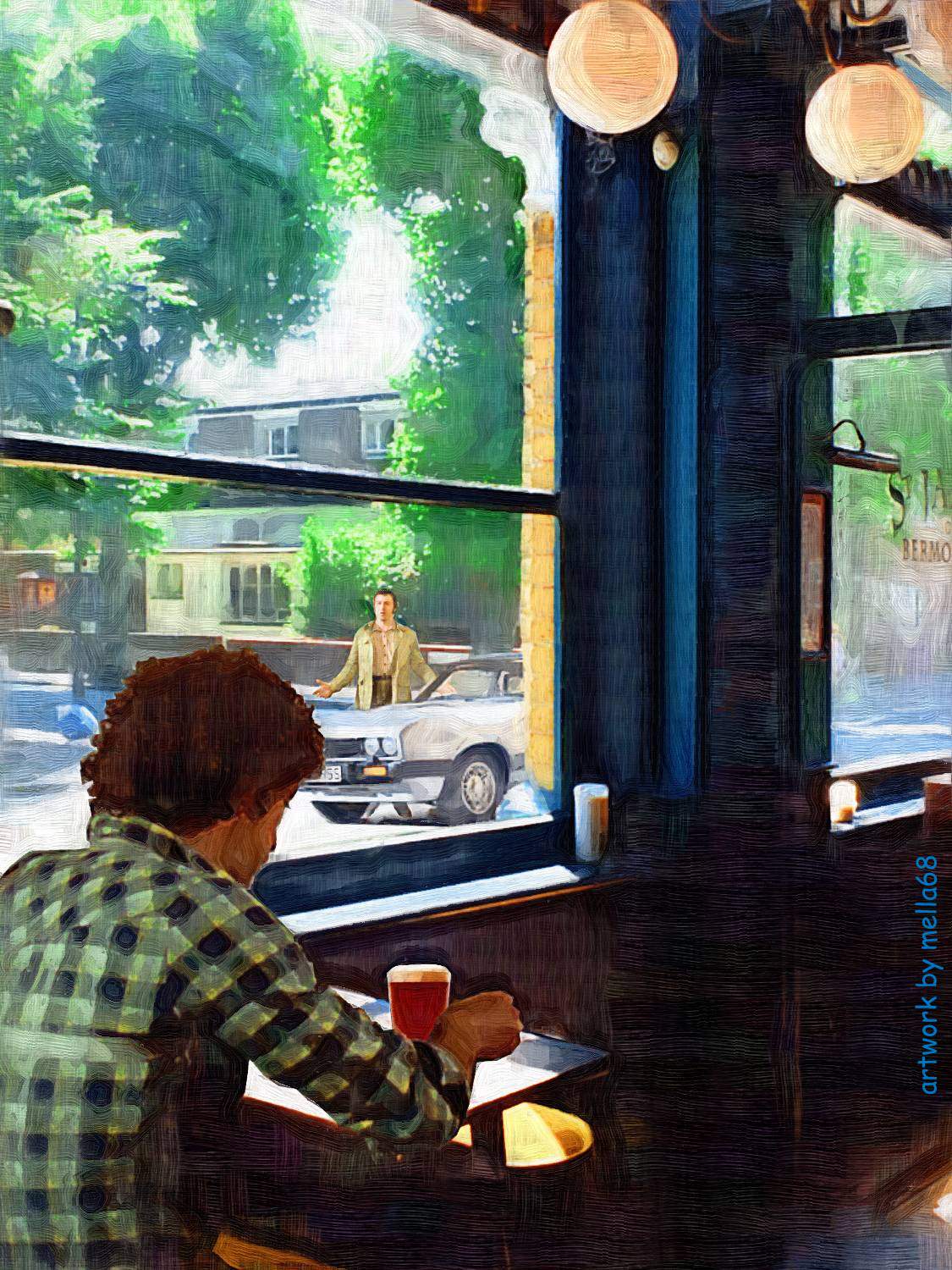