He was so tangled in her fingers pulling free would rip out more than knots. 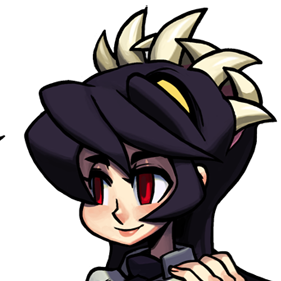 It was a mistake, no two ways around it.

He was an idiot, an ignoramus, a monumental mook, too busy sitting on a dame’s brains to use his own. And why bother? She had a good head on her shoulders. He’d let her call the shots and go along with whatever little idea crossed her mind, popping out if things got hairy. It was a pretty sweet deal. That she had no idea where to go or what to do was just icing on an already delicious cake. The plan was foolproof.

The problem, he realized, was Filia.

She wasn’t a fool. A bit starry-eyed, a little wet behind the ears, but not a dope. She wouldn’t fall for a few lies. No, the only way to keep their convenient living arrangement was to go with a long con; butter her up, be the eyes on the back of her head, tuck her in at night, all that jazz. He was her blanket when they couldn’t crash at a safe house, thrashed every creep that tried to play fast and loose with her innocence, and wiped away the tears when she hit another dead end looking for her past. He meant to play along, but at some point it stopped being a game.

It was easy being the backseat driver of host that didn’t give two shits about him, even better when they didn’t mind abusing his power for a quick caper; when the going got tough he dropped them like a hot potato. Use and abuse them. The life of a parasite.

Filia, unfortunately, had a heart. Made of gold. And she kept it on her sleeve. If uncovering the truth about her past wasn’t such a priority she’d probably help every little, old lady that needed a hand crossing the street, or pulling kittens out of trees, or something else just as trivial. He put up with it, for the most part, only once asking why she bothered.

“It doesn’t hurt to help someone else.”

The answer was too simple, too straightforward. Coming from any one of the thugs crawling around New Meridian, he’d have laughed at such an obvious lie. But it was Filia, the little lost girl who minded her Ps and Qs not two feet from the gutter. Filia, who had nothing, and still managed to give. Filia, who believed every word that came out of her mouth, and he knew it; he lived in her head, after all.

She was a good kid going through hell, and he put her on the fast track.

Watching her struggle came with the knowledge that it was his fault. Sure, she wanted to break free of her gilded cage, and he gave her a way out, but it didn’t excuse dragging her to the streets. He’d done her wrong by that, he just didn’t know it until he saw how much of a sweetheart she was. By then it was too late. Even if they pieced her memories together and she went back to being a pretty princess of the Medicis, he was a parasite and she his host.

He could have- should have ignored the guilt that twisted him up, tied him in knots and left Filia with a bad case of bedhead. But ignorance was a luxury he couldn’t afford, not with the truth in her scuffed heels and frayed skirt, her torn up stockings and muddy sleeves.

When he recommended they take up some easy work for a few dollars, it wasn’t for her benefit, he just didn’t want to be stuck with a host that smelled like yesterday’s trash. New clothes were part of the deal. A healthy meal for her kept him fed too. Basic necessities, nothing he wouldn’t do for his latest meat puppet. A couple of white lies for her, and himself.

After the fifth joint threw her out for having an extra mouth on the back of her head, he took matters into his own hands. He slipped his fingers into pockets that wandered too close, snagged unattended purses, and swiped whatever loose change caught his eye. It felt pretty good finding a use for his sticky fingers that didn’t involve a cheap thrill. She never asked where the cash came from, but the dip of her eyes said more than enough, and damn if it didn’t tear him apart seeing her so disappointed. Utensils of a sharpened persuasion could put him in a tizzy, but the thought of tugging her spirits even lower cut him to the quick. He still nicked chump change of course, they needed the money, but he exercised discretion whenever a golden goose came strolling on by.

And he just kept slipping.

Flying under the radar took a backseat to digging up her memories. Every little snippet made him squirm as the bigger picture slowly took shape and his dirty deeds started to stack up, but he couldn’t bring himself to pull her off track. Between the tears and tired smiles reality began to set in, a heavy lump in his throat that sank to the bottom of what should have been his endless belly. He couldn’t keep the wool over her eyes, not anymore. She needed to know.

Come hell or high water he’d do right by her.

He didn’t split when she dragged them through New Meridian’s underbelly, or the burnt-out labs that had Her Majesty’s egrets breathing down Filia’s neck and his face. He didn’t jump ship when her sleuthing skills took them down the blessed Trinity’s rabbit hole straight to the unbeating heart of a demon. He didn’t give her the slip as she set aside her own wish for the sake of a lonely girl, a decision so disgustingly sweet, but so very Filia. And when the first pinch of damnation pricked her bleeding heart, made her gasp and double over, pain that was as much his as it was hers, he wiped away the tears.

When the end came he’d be there to help her cross the threshold. And sock whatever god came to greet them.