Chicago is gripped by a terrible killing, one that brings together a former cop turned government agent, two coyote siblings, and a gun-crazy raccoon. As the secrets get darker, the team is forced to face the dark side of the world created by those who are weak...and those who are strong.

Chicago. A city of crime and business. 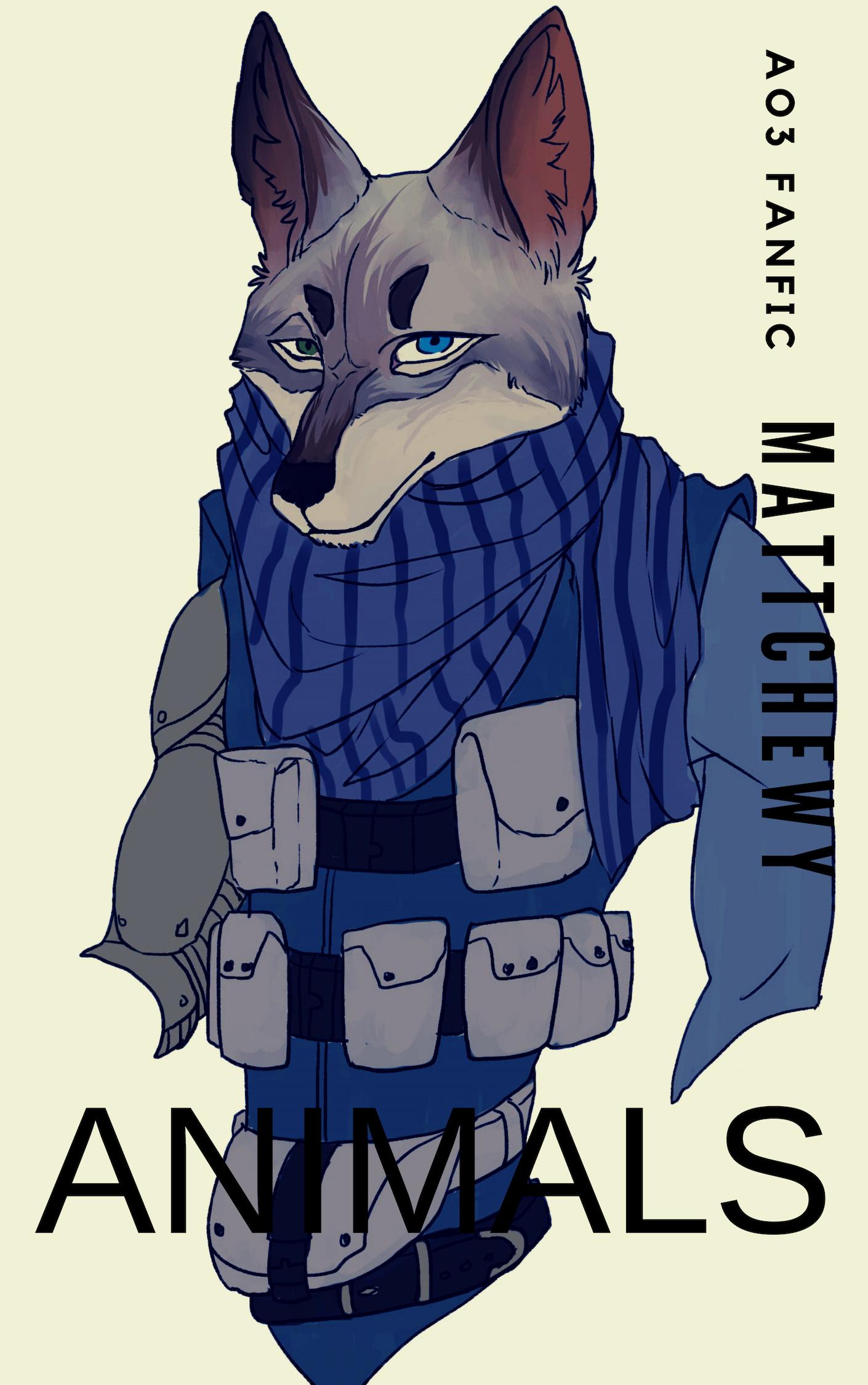 "In the end, our true nature that we hide is the very thing we need for survival. We must all become animals to survive."

It racked through his mind like a bullet. His actions leading up to this moment. And now he stood at the precipice. The end of the road he and others traveled on.

The wolf held the world's salvation in his grip and knew how this would end. But he had made up his mind and aimed the gun downwards.

He pulled the trigger, and it was over.

"Victor! Get the heck over here!"

Victor chuckled. Demoisse needed help again, like always. The old otter always called him over for the most trivial problems that were easy to fix. The bobcat had way better reach for certain cars that the otter had no chance of fixing with his species difference.

"Coming!" Victor sped through the mostly empty garage, before finally making it over to the Demoisse's car. The otter was underneath it, tools piled all around him.

The bobcat folded his arms. "What do you need now, gramps?"

The otter rolled out from under the truck, dusting himself off before standing up. "Well.. it's not the car if that's what your wonderin'"

Victor sighed. "Then why did you call me over here then?"

The otter reached inside his pocket, pulling out an envelope with a messy paw-written name on it.

"Some fella dropped this by. Think he knew you."

Victor snatched it out of Demoisses hand, before putting it in his pocket to read later.

Victor had very few friends in Chicago, and he had no idea who could have sent this letter. He kept his expression neutral as he looked at Demoisse. "Who brought it?"

The otter shrugged. "Had a hoodie on. Thought it was a pred, but the odd thing was... they had no tail."

Victor shrugged. "I'll keep that in mind." He had started to go back to the front of the garage before he felt the otter tap his shoulder.

"Before you go... thank for all your hard work. You've helped me keep this place in business even at this old age. I've got my daughter's birthday to plan for, so I'll let you go early. I'll close up the shop after you go."

He grabbed his stuff that was near the front of the garage, then exited out into the city.

Chicago was a bright, bustling city at night, full of all sorts of mammals. But crime-stained its streets during this time. While there was more of a push for more cop patrols at night, not many people roamed around at night unless they had a close destination or were looking for trouble.

Victor knew his way around the streets, even though he had only been here for a few years. He mainly went down the safest routes back to his place, well lit and with groups of people. But tonight he took a shorter route back to his apartment, one that cut through several blocks that some considered dangerous. He knew he was fine here. Not many mammals want to get in fight with a bobcat.

It was after reading it that he wished he had ignored it. Or thrown it in the trash before he opened it. Or done something else.

He read over it again, just to make sure that it was real. And by the time he finished, he realized he shouldn't have done that.

He panicked, running through alley after alley as if something was hunting him. Finally, he ran into an alley that had no cameras near it... and didn't come out the other side.

50 minutes after that, Victor Sarrendo was found dead near his apartment complex. No trace of a letter, nothing. Not even the envelope.

But the part that confused the CPD was the state of the body. A perfect cut across the body wasn't what killed him. The blood loss wasn't the thing that killed him. It was a heart attack that killed him. And the killer knew that. It was the only organ left in the bobcat's body when they found him. All the rest, gone.

No suspects, no motive, no idea of how this case will be solved.

Sometimes, the wolf didn't want to wake up in the morning. Not in a "I hate my life" way, but more like "I'm tired and want to do nothing" way. But his job required it. Actually, former job.

The phone buzzed again, some pop ringtone that he set randomly when he was first adding contacts to it. He had hated it at first, but now he only kept it to remind himself that it was just a part of his life.

He trudged over to pick it up, flicking it open. "Fen here."

A female voice spoke loudly into his ear."Major needs you for this new case. Got a murder that we need your-"

"No." He was ready to push the off button before he sighed, and put it back up to his ear.

It appeared the operator hadn't noticed his response, still going on about the murder. "- and he has no organs left. Just a heart. Major says you worked with cases like this, right?"

Fenrir sighed. "And it was cases like that led me to my retirement. What makes this different from some other organ snatcher?"

The wolf heard the sound of papers shuffling, before it stopped. The operator spoke again. "Wouldn't those snatchers take the heart too?"

"It's rare actually. Not many mammals have the same organ structure as others. Most organs are either wasted or sold for pitiful amounts to mammals who think they can be Frankenstein. Anyway, is there anything else?"

He heard more papers being shifted, before he heard the operator speak up again. "He wants you to look over everything at the scene. Before we have to move the body."

The wolf grumbled, placing the phone on his desk before getting dressed. He grabbed a old pair of jeans and a gray shirt. "I'm still going to need payment for this. I'm technically done with working on cases. I don't have a job." Technically, he was right. But Fenrir was a Freelancer now, and no-one, even the Major, knew the exact circumstances of the job.

Fenrir could feel the annoyance of the operator as he put the phone back to his ear. "He'll tell you the details once you arrive. I've seen the pictures from the scene. Haven't seen this much blood splattered since they showed us that training video on edged weapons."

The operator continued. "Anyway, I have to get back to the paperwork on this. The location is at 655 North Cicero Avenue. Good luck!"

The phone cut off, making him realize he had not said anything about his choice of doing the job.

He stifled a laugh as he remembered having to watch that same video back in his training days. The video in question, Surviving Edged Weapons, was shown to every cop in the district when he first entered the force. It was pretty realistic, even though it was originally done in Wisconsin. Even though it was educational, he had once seen it posted online, with commentators wanting to see more.

He stuffed his phone in his pocket, while also grabbing his keys. Fenrir quickly put on his jacket, black with a Kevlar frame interlaced on the inside.

He left his pistol, a Colt 1911 with a dark green grip, in his drawer under lock and key. While many cities in the United States had strict gun laws, cities like Chicago was one of the few with little legislation on gun laws. Zootopia was the only city in the U.S that had outlawed guns outright. This hadn't stopped smuggling though. Most of the smuggling was started in Chicago, with dealers going to other cities around the country, with most activity centering in Zootopia.

He shrugged. Maybe he just liked the hunt. The feeling of finding some sort of resolution. That's what drove him.

He opened the door and walked out into a new day.