Namjoon and Jin's love is tearing Seoul apart as the two mafia bosses try to take each other down after a terrible breakup. At the same time the police are also doing their best to bring the two to justice and they might just succeed when an insider begins leaking info. 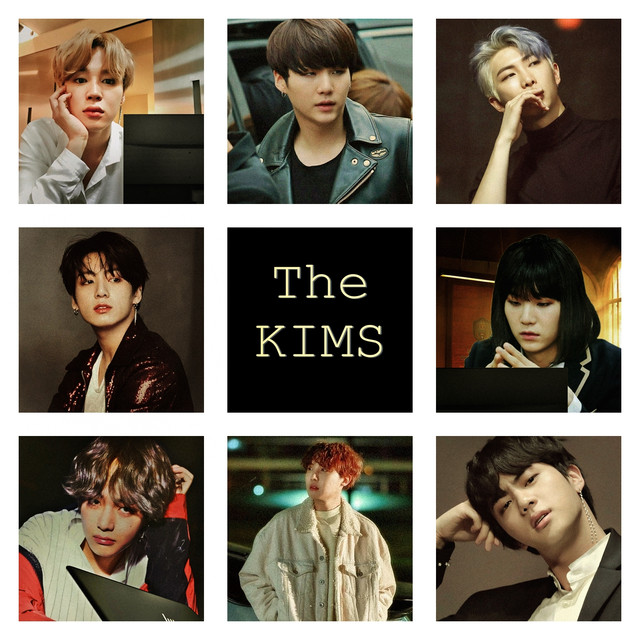 “I need a shipment by next week.” Namjoon says towards the phone placed on his desk on speaker. His hands were busy at the moment, one fiddling with the vibrator’s remote and the other caressing the blonde locks of the boy between his legs.

“No problem. The usual?” a gruff voice came as an answer from the other end of the line.

“No, I need subs this time, Sterlings and MK5s.”

“Subs? Boss, you know those are not easy to acquire …”

Namjoon huffed in annoyance and pulled on the blonde’s hair hard enough to make him cry, crocodile tears rolling down his reddened cheeks.

“I don’t care about the difficulty of the task, all I care about is that you deliver them by next week.”

Truly gunrunning was the most tedious branch of his trade. The casinos basically ran themselves and money laundering was child’s play but smuggling weapons was always so unnecessarily complicated it drove him up the walls at times. He had come up with a system a few years back and managed to get rid of most middle men but somehow still despite his best efforts somebody always had to fuck things up.

“For god’s sake,Jackie, have you learned nothing since I assigned you to China? It takes so long because you’re counting on the local dealers to bring you the guns instead of going straight to the supplier. Contact Tao in Hong Kong and get them from him.”

“Make him our man. All the money you would have spent on middlemen can go to him now, he’ll make double the profit selling to us. Tao’s only loyal to himself anyway, he’ll accept.”

“Yeah, but the implications…”

“Are mine to deal with. Call me again only after you made the deal.”

Namjoon tossed the remote on the desk and ended the call, groaning in frustration, running his hand through his silver hair and then roughly pressing it to his forehead.

“That’s enough, Minnie, I don’t feel like it anymore.” he says to the boy on the floor that is quick to comply and pull away from his cock.

“Are you ok, daddy?” The voice comes unsure and broken.

“Yeah, I’m alright …” He wasn’t going to start sharing his business concerns with his boytoy, he liked keeping pleasure and business separate after all.  Jimin whimpered, his beautiful, full thighs shaking uncontrollably as he did his best to ignore the constant  vibrations against his prostate. He looked up to Namjoon, fat lips still slick with spit and eyes swimming in tears, blown wide with lust.

“Ah, baby, what have you done to yourself?” Namjoon scolds him as he eyes his boy’s short length ,  angry red from how he had unconsciously humped the floor while blowing him. “Come here, let daddy take of you.”

Namjoon reached behind him and slowly eased the buzzing toy out of his plump ass. Jimin sighed in relief and melted into his hold.

“I did well?” Jimin fished for more praises.

“You did great, sweetheart, my precious angel, you’re the best babydoll in the world. But …”

Namjoon tucked himself back in his pants, his attention now fully on his boy as he guided him backwards and perched him on the shiny surface of his desk.

“But, he continued, I don’t like it when baby gets hurt, you know this, yet look at your tiny cock, all chaffed and red from humping the floor like some animal, Minnie, you should know better.”

The younger lowered his head in shame, tears starting to roll down his cheeks once more. He hated disappointing his daddy, couldn’t bear even the thought of it. Through hickups he tried apologizing but the more he babbled on the sadder he felt. He was about to full on throw a crying fit when he felt his face cupped gently by a warm pair of hands he had come to associate with the idea of home. His breathing evened after a few moments and he looked up shyly through his bangs, his daddy smiling at him sweetly.

“I’m not angry, baby, ok? We’ll put some cream on that and next time you’ll be more careful, right?”

“Good. Now stop sniffling, daddy wants to make you feel good, yeah? A reward for taking daddy’s cock so well today. Lean back and spread your legs for me, show me your pretty hole.”

Jimin did as he was told, leaning back on his elbows and planting his small feet on the edge of the desk, presenting his puffy entrance with something aching to pride. Namjoon caressed the back of his thighs, taking in the view while licking his lips.

“You’re so beautiful, Minnie, the most beautiful doll in the world and all mine to take care of.”

He used his thumbs to spread him open a little, watching intently as lube trickled out and began dripping on the floor. Namjoon believed that too much lube was the right amount of lube, he would never risk Jimin tearing or feeling even the slightest bit uncomfortable. After a few moments he ducked down and licked a fat stripe from Jimin’s perineum to his balls. The boy shuddered, goosebumps all over. Namjoon continued but this time focusing on the puckered entrance, licking fast and hungry, moaning in pleasure as if he was devouring a ripe peach. His boy was moaning too, wantonly, desperately and he obeyed, alternating now between licking and sucking on his rim. Jimin turned to mush, mouth agape as helpless whimpers escaped his lips, drooling down his chin, he was lost. Namjoon continued so focused on giving his baby pleasure he forgot about everything else around him : the still buzzing discarded vibrator on the floor, his hard-on that came back with vengeance and the incessant ringing of his phone. He ignored them all, plunging his tongue as deeply as he can inside of Jimin, tasting him in ways nobody else ever did or ever will. He carefully slipped in a finger, making the blond scream as he curled it just right, prodding the bundle of nerves that would send him over the edge in no time.

Namjoon understood him perfectly and wrapped his lips around his boy just as he came with a loud scream, swallowing every spurt and licking him clean while he came down from his high. Jimin was wrecked, limbs turned to jelly, he let Namjoon pick him up and hug him tight, cuddling in his lap as he rocked the big office chair back and forth on its wheels. Jimin was crying and he didn’t know why but he figured it must be because of how happy he felt.

“Daddy…Daddy I love you so…”

“Hush now, I have to take this call.”

And just like that Namjoon was all business again, barking at the subordinate on the other end of the line, giving orders, making deals. Kim Namjoon was the head of one Asia’s most powerful mafias and at the end of the day he only truly cared about one thing : taking down his rival.