Since he was eleven and he met Maddox for the first time, Blaine always knew that they would've been rivals forever. But there are rules to magic rivalry, and Maddox just crossed a line he shouldn't have crossed: you just simply cannot turn someone else's date for the Winter Ball into toads. Yes, plural. This is too much to take, and one thing Blaine knows for sure: Maddox is gonna pay for it.

WARNING: This story is an AU from the original 'verse. What happens in here has little to none correlation with what happens in Leonard Karofsky-Hummel VS The world or Broken Heart Syndrome. The characters involved are (mostly) the same, but situations and relationships between them may be completely different.
In this instance of the universe, Leo is a student in a Magic Institute in the same universe as Harry Potter's Hogwarts is. He's in a relationship with his Defense Against Dark Arts teacher, Blaine, whose pupil, Adam, is also hi best friend, and he has a complicated relationship with Cody, one of his many admirers. But, more importantly, he's the very son of "Mad" Maddox, a genius wizard gone crazy Blaine locked up into a magical trinket years ago. What Leo doesn't know, beside the fact that Maddox is his father, is that Blaine and Maddox were in a relationship when they were kids and they both attended classes at the Institute. And this is the somewhat beginning of it.
Also written for Lande di Fandom's Greatest Scavenger Hunt, the prompt was "the story must be set in a school set in the very same universe as Harry Potter, but it can't be one of the canon schools mentioned in the books".

Blaine’s been running after Maddox for almost an hour, at this point, and he swears on everything he cares about in the entire world that this time, the moment he puts his hands on him, he’s gonna waste him. There must be something – some line you can’t be willing to cross, when you torment your rival with your ridiculous spells. Magic rivalry is a serious business, and Maddox shouldn’t be allowed to take this so lightly. Being thirteen doesn’t justify him – after all, Blaine’s the same age, but he considers the situation with all the respect it deserves. He would never – and he wants to underline this, never – turn Maddox’s date for the Winter Ball not into a frog but in an entire colony of frogs. This is just something you do not do.

Now, even if Blaine does manage to turn Jeremiah back into himself, unifying his many croaking selves into one that hopefully doesn’t croak anymore, there is no chance in heaven and hell he will want to come to the Ball with him anyway! And Jeremiah was the only one Blaine liked in the entire Institute!

This is a tragedy. He will be forced to spend the night of the Ball curled up in his room, crying and listening to Taylor Swift. Or Adele, it will depend on how dramatic he will feel by that time.

“Maddox!” he barks, turning another corner in the underground labyrinth that unfolds underneath the main building of the Magic Institute, “Come out, you coward! Face me if you’re brave enough!”

“First you call me coward, then you dare me to show bravery,” Maddox snickers, and his voice seems to come from everywhere at the same time. Blaine hates him when he does that. The unbearable thing is that he’s not even using magic for this trick – he just knows where to always position himself in a room to amplify his voice so that it reaches all people who might be listening, and a few of those who aren’t too. That’s just how Maddox is – stupid genius. An enfant prodige, that’s how Mr. Schuster’s calling him. “Seems like you don’t know what you want me to do.”

“I know exactly what I want you to do,” Blaine growls, scanning the dark, stone-walled hallway with his eyes to try and detect Maddox’s slim and offensively tall figure, “I want you to come out so that I can break your face with a Stunner, that’s what I—”

“You were saying?” Suddenly Blaine turns around and all that he can see is Maddox’s face, too close for comfort and threatening in way he wouldn’t be able to explain and he’s not even sure he understands fully yet. He’s smiling happily and he doesn’t seem to have a single concern in the entire world, despite the fact that one of his fellow schoolmates is now running through the school in many different directions at the same time.

“Maddox!” Blaine finally yells when he feels balanced enough to do that without erupting in a high-pitched scream that would probably haunt him to his grave, “You really crossed the line, this time!”

“Only this time?” Maddox arches his eyebrows downwards and pretends to be so devastatingly heartbroken for a second Blaine thinks about apologizing, “Anderson, you know it’s very important to me to cross any single line I see, as often as I see them. You’re telling me turning your boyfriend into a toad is the first time I managed to cross an actual line in your book? After setting the forest on invisible fire and turning all the cows of the nearby farm into moo-ing naked Dalmatian people?”

“Those— Those things were different! There were no actual people involved.”

“The moo-ing naked Dalmatian people I turned the cows into would disagree.”

“Shut up! And Jeremiah’s not my boyfriend!”

“Ah!” Maddox opens his eyes wide and bumps the palm of his own hand with a fist, “Finally, an interesting information.”

“Yeah, that is why I turned him into toads, didn’t you get it?” Maddox shrugs nonchalantly, “I wanted to observe your reaction, I had to see if you were together or something, y’know, since the Winter Ball’s approaching and whatnot.”

“Are you crazy?!” Blaine yells, throwing his arms up in the air in utter disbelief, “You could’ve asked me!”

“Are you serious?” Maddox twists his unacceptably graceful features into a disgusted grimace, “Where would’ve been the fun in that?”

Blaine drops his arms down his sides, deflating like a pierced hot air balloon. “…what the hell?” he whispers, batting his eyelids, “You’re a psychopath.”

“Oh, Jesus, Anderson, don’t be so dramatic all the time,” Maddox waves him off, turning around and walking back along the hallway, “Well, it’s set, then, ‘kay? I’ll come pick you up at 7 PM and you better not look like a mushroom for the occasion.”

“I don’t— wait, what?” he runs after Maddox, retracing his steps to find him walking calmly towards the stairs, “What do you mean you’ll come pick me up? When?”

“On the Winter Ball night, isn’t it obvious?”

“Anderson,” Maddox stops and turns towards him, frowning and looking at him with apparent real concern in his eyes, “The first time I saw you I was eleven and I instantly felt that you were the one. You were gonna be my nemesis. We would’ve spent seven years fighting each other and only the finest brain would’ve won in the end. But you’re acting like a complete idiot and I’m reconsidering all my choices up until now, and that’s troubling if you think I’m not even fourteen yet.”

“But that’s not the point!” Blaine raises his voice once again and grabs Maddox by both his shoulders, shaking him heavily, “Did you— Did you plan this whole thing so that Jeremiah couldn’t take me anymore?”

Maddox’s lips curl into a sudden mischievous smile, and it lasts only a second, before he leans in and presses those smiling lips against Blaine’s.

All air gets sucked out of the room and Blaine suddenly can’t breathe anymore. The feeling is so real and physical for a second he suspects it must be another one of Maddox’s tricks – then he understands: it’s simply his heart, jumped into his throat, blocking the way.

“Finally, something you get, Anderson,” Maddox parts from him and starts walking again, “We’ll have tons of fun, you’ll see. We’ll change the pudding into grease, we’ll put spiders into every single present underneath the Christmas Tree and after the party’s over we will run to the convent on the hill and we will set the nuns’ hair on fire.”

That is, obviously, not the point, but Blaine realizes that it would be useless to keep running after him to try and make him understand.

Maddox just turned Jeremiah into toads only so that he could be the one taking Blaine to the Winter Ball.

He should probably be terrified because it shows pretty clearly that he is completely freaking crazy.

But at the same time he can’t help but feeling flattered about it.

“Anderson,” Maddox calls him from the door, “Come on, I don’t have the whole day, we need to go change back Jeremiah into something human, don’t you know that the toad spell is time-coded? If we don’t do it now he’ll be toads forever.”

It seems to him that, since he’s met Maddox for the first time, a small child with puffy cheeks and already a dangerous light in his eyes, he’s done nothing but running after him. And he has the weird feeling that this is basically what he’s gonna keep doing for the rest of his life.

For some reason, the thought doesn’t bother him as it should. 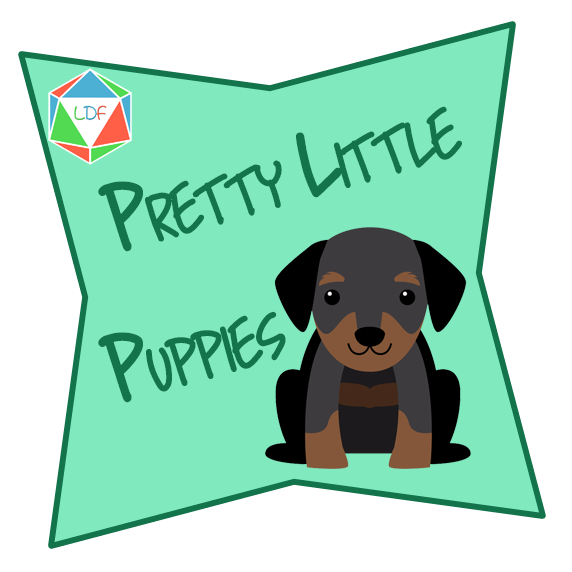 Silverleaf as well as 2 guests left kudos on this work!