howls in my bones

When John gets a call to investigate a series of grisly animal killings, he drops Sam and Dean at an abandoned cabin two towns over. The boys find ways to keep busy — playing cards, watching movies, chopping wood — but with a howling winter storm on the way, there’s nowhere for Sam to hide his illicit feelings for his older brother.

As the lure of desire threatens to devour him, Sam must learn to face the wolves that lurk outside and the monsters within.

Written for the 2017 Wincest Big Bang.

This weecest fic was written for the Wincest Big Bang 2017. There is no penetrative sex in this story. In my mind, it rests on the knife's edge between Mature and Explicit.

This story inspired an incredible series of fan art by the lovely azziria. The artwork beautifully captures the themes of the fic and can be viewed in its entirety here. Azz, I'm so glad you picked my story. <3

Special thanks to my wonderful beta, danischmannni, for providing such valuable feedback, including delightful sprinklings of OH DAMN GURL I SEE YOUs. You gave me the confidence to keep on track.

Shout out to fellow writer and new friend, lolo313, whose emails were lovely signposts to help me navigate my first big bang. 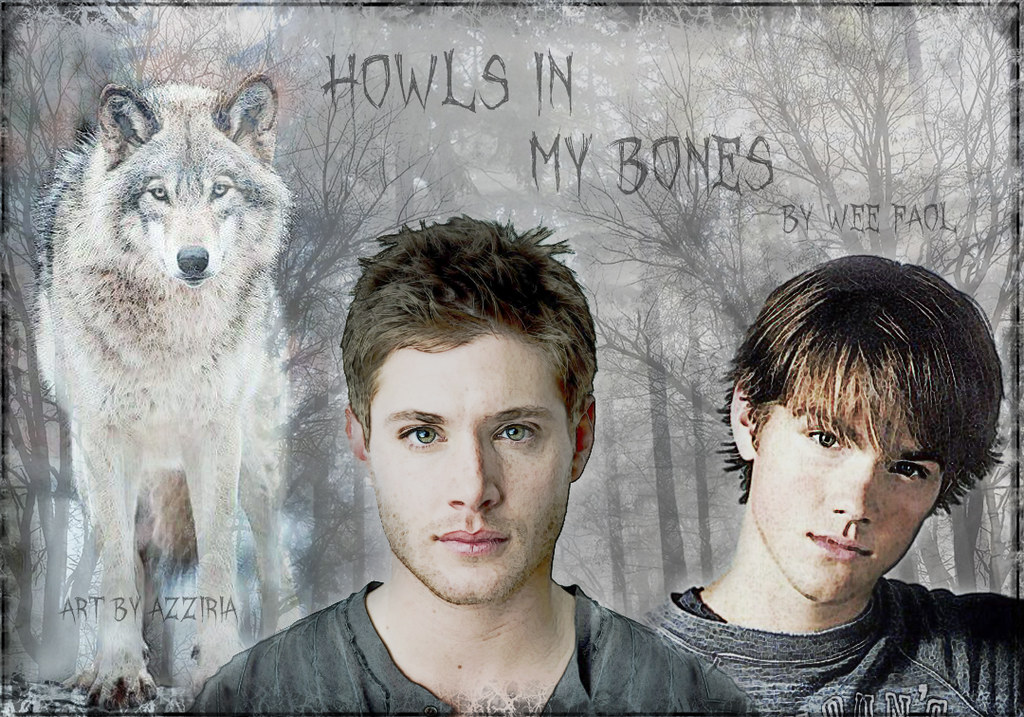 According to H. Rink’s Tales and Traditions of the Eskimo, in the barren lands of the Arctic lives a Great Wolf called Amarok. Monstrous and bear-like in features, it surveys its prey from afar with piercing gold eyes. If threatened, its wrath is fierce and terrible. It hunts alone.

Legend tells of a young boy born with excess bones, ones with cracks and splinters and bruises, a weakness for which he was shunned by his family. Wishing to strengthen himself, the boy prayed to Amarok, who appeared and with its tail struck the boy to the ground, knocking the excess bones from his body. “These bones have prevented your growth. Now you are free of them,” said the mighty Amarok and bade the boy return to improve his strength. Day after day, the boy returned to wrestle Amarok, until he became strong enough to win his family’s respect. Once more, the boy set out to thank the Amarok, but found he had lost his way — memories of why he had left disappeared like a whisper in the wind. He returned home, not knowing he had gone, and never thought of Amarok again.

1. a monstrous, bear-like wolf from the lands of the Arctic

2. from which nothing remains concealed