Sunny with a chance of comeback

Leo is home alone with Timmy and the twins. Blaine is off on a tour and will come back only if the airport doesn't get shut down for the bad weather. That is why watching the weather report is a matter of life or death that demands a proper superstitious ritual.

WARNING: This story is a spin-off sequel for Broken Heart Syndrome. This means that, despite not being properly set after BHS (but that's only because BHS is probably never going to have a proper ending and we'll keep talking about these people forever), it depicts things happening way late in the 'verse, and that may be on varying degrees of spoiler.

This is definitely a ritual. And after the first moment of shock, it's now almost fascinating. Timmy watches it happen in front of his eyes tonight as he has done for the past month, except that now he knows exactly what he's looking at.

At 5:55 the door of the studio opens and Leo comes downstairs, his phone in one hand and a blanket neatly folded under his arm. He leaves the blanket on the couch and takes a little detour to the kitchen. He opens the fridge and two cabinets. He grabs a pretzel, Oreos and a juice box. Then he goes back in the living room, sits down and turns on the TV. Most of the times the room bears the signs of the twins spending the afternoon there, but Leo never even notices. He only moves what's momentarily occupying the space he needs for himself and that's it.

By 6:00 the ending credits of Deadly Report are rolling down the screen. Leo hates that show with a passion and nobody ever brings up the subject with him because he can go on for hours despising every single detail. After that, National News begins. It is the only news that starts off with the weather report, which is why Leo chose it. His father doesn't like sitting through newscasts. He deems them too dispersive, but that's only because he's got the attention span of a toddler and he'd rather read what's happening in the world through a feed of summarized titles .

After wondering why Leo doesn't check the weather reports on-line too, Timmy realized that watching a real human being fighting the elements makes it all more real than an icon saying that tomorrow it's going to be sunny somewhere. And since Leo needs to know that no airport will be closed down due to the weather, preventing his husband to come back, he needs it to be as real as possible.

Blaine left off on a tour and Leo was left alone with the twins. The only possible course of action for Blaine was to come home for a couple of days every week. Usually on Sunday night Blaine flies home and leaves again on Tuesday night. It's monstrously tiring, but Timmy stopped questioning his father judgment when his husband is involved a long time ago.

Sometimes, tho, the weather is bad, airports get shut down, no father is coming home and drama happens. Thus the obsessive check of the weather conditions. “A few showers are expected late in the morning,“ The weather man holds an umbrella, Timmy and Leo hold their breath. Rain is a bad sign. "But winds southwest at 8-16 kph will clear the sky.”

The way Leo unfolds from the ball of nerves he was and cheers is moving. Timmy should disapprove his father's crazy behaviors, yet some of them are endearing to him. He must have taken after Blaine, who's coming home after all. Drama, like the bad weather, is avoided. 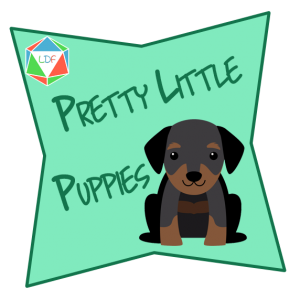 SheDevilGleek and Silverleaf as well as 1 guest left kudos on this work!