Didn't We Almost Have it All?

After a disastrous mission, during which Jim loses two crew members, including Chekov, but saves McCoy, a seriously injured Jim retires from Starfleet, his body broken and maimed, his mind reeling from survivor’s guilt, and the marriage of Spock to Uhura, who carries his child.

Years later, the former crew of the Enterprise is widely dispersed. Jim lives a reclusive life as the lone occupant of his long dead family’s farmhouse. Through a brief affair with Carol Marcus, Jim has a son, but isn’t a part of the boy’s life. Bones is an alcoholic, dealing with survivor’s guilt of his own. Spock’s marriage to Uhura fell apart when their baby son died in a tragic accident. Spock seeks solace from his own painful life by plans of undergoing Kolinahr, the purging of all emotions.

Into all this, Bones arrives in Riverside one day to get Jim to attend Bones’ daughter’s wedding in San Francisco. Jim’s agreement changes everything. 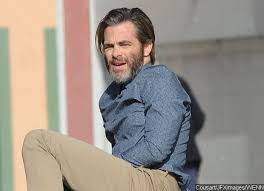 He’d wondered briefly if he ought to have shaved. In the end, he’d decided not to bother. He wasn’t out to impress…well anyone, really. And anyway, he just didn’t feel like it. He’d showered and put on clean clothes which was more than he’d done in a while.

His hands were shoved into the pockets of his jeans as he leaned against the wall waiting. It was usually a little easier when he leaned on something. Standing for a long time didn’t feel great. And the shuttle bay was crowded so there weren’t a lot of seats.  The shuttle he’d been expecting was late. Half of them were. But he had nowhere else to be anyway.

The shuttle ended up being an hour late and predictably, Bones was the last one off, too.

Bones looked around for several seconds before his gaze landed on Jim. His hazel eyes instantly widened and he stared at Jim like maybe Jim was really a bug or something.

“Well, you look a little like a mountain man.” Bones approached him and then hugged him like maybe he’d never let him go. “For corn’s sake, Jim, how long has it been?”

“Seven,” Bones corrected, staring at Jim with far too much knowledge. When his gaze lowered and lingered there, Jim backed away a little.

Jim nodded. “How long do you have?”

“Well, that’s something I want to talk to you about.” Bones clapped him on the back. “Let me buy you dinner.”

He noticed Bones only had a small bag but that was okay. Jim didn’t really want company for an extended time. He’d actually been a bit surprised Bones had contacted him about visiting. There had been several invitations to Georgia, but Jim always found excuses. He loved Bones. He did. But so much about that old life was over and he didn’t really want to go there.

Bones chose a steak house, unsurprisingly, and after they got settled into a red velvet booth in the back not far from the bathrooms, Jim studied his friend rather than the menu.

“You look…good.” Jim shrugged. “The same really. Since the last time I saw you. You haven’t changed a bit.”

“You have,” Bones said softly. He gestured to Jim’s full beard threaded generously with gray. “What’s all this?”

“So, you aren’t seeing anyone?”

“Seeing someone?” Jim snorted. “No. That part of my life is over.”

Bones blew out a heavy breath. “It doesn’t need to be.”

“Well, it is. I’m not interested.” Jim picked up his menu. A change of subject was definitely in order. “What I am interested in though is a big giant steak.”

“Get what you want.”

Jim lowered the menu to gaze at Bones.  “Usually you’re bugging me to eat healthy.”

“Don’t go out and eat a steak every day,” Bones said with a shrug. “A special occasion is okay. You’re looking a little skinny anyway.”

A waiter arrived and they ordered a bottle of red wine.

“Jo’s getting married,” Bones said into the silence.

Of all the things he expected Bones to say, that hadn’t really been it. “Yeah? That’s great. Who is she marrying?”

“Another doctor at the academy.” Bones paused. Then he set his menu down. “I know how you feel about weddings. But Jo would like you to come.”

Jim didn’t focus on the comment about weddings. Instead he chose what he was going to eat, set his menu on the table, and then smiled. “Wouldn’t miss it. When is it?”

“San Francisco actually. They can’t take a lot of time off, so they want to marry there.”

Jim smiled as the waiter arrived with their bottle and Bones tasted it, giving his approval. After they ordered their steaks, Jim picked up his glass of wine.

“This is kind of real short notice, Bones. Didn’t you know before this?

Bones smirked. “That’s the whole point, Jim. I knew if I gave you too much notice, you’d come up with some excuse not to make it.”

Jim laughed. “Now why would I do that?”

Bones leaned back in the booth. “You tell me. When was the last time you, I don’t know, saw anyone.”

“Other than your neighbors.” Bones reached for his own wine and twirled the glass in his fingers. “Anyone from your ‘Fleet days?”

Bones raised his brows. “Yeah? Who?”

He needed a cigarette is what he needed. But he left them back at the farmhouse and anyway the restaurant didn’t allow smoking. Jim sighed. “Rand.”

“I don’t recall the exact day.”

“Pretty close. Okay, coming out here with me tonight proves you aren’t a shut in, but that’s about it.” Bones was looking far too serious and a little guilty, frankly. Which Jim absolutely hated.

The waiter arrived with their steaks and after they ate in silence for a moment, Jim enjoying his steak maybe a little too much, Jim finally mumbled, “I know how to shave. I don’t need help.”

“No? Could have fooled me.”

For a long time Bones didn’t say anything. But Jim practically saw the wheels turning in his best friend’s head. Former? Were they still your best friend if you hadn’t seen them in five—no seven—years?

He knew Bones probably had questions or concerns at any rate.

“No,” Jim said quickly. He suspected exactly where that question was leading and it was the worst one really.

“Leave it.” He paused and finished his glass of wine. “Jo’s getting married, huh?”

Jim smiled a little. He thought of himself as Jo’s protector. When she’d been a little girl there’d been a bully who wouldn’t leave her alone. He’d never forgotten that. And since he’d never have his own kids, well, no one was ever going to be good enough for Jo. “Doubtful.”

Bones smiled back, but he was staring intently at Jim, which made Jim start to squirm.

“You aren’t getting misty-eyed on me are you?”

Bones held out his hand for Jim’s.  “What you did-what you sacrificed—”

Jim allowed him to take it. “I know, Bones.”

Bones blew out a breath and his eyes were looking suspiciously wet. His gaze went to the scars there, that started up the wrist and went far up Jim’s arm. “The price—”

“Wasn’t too high, so don’t say it.” Jim squeezed Bones’ hand. “You’re going to walk Jo down the aisle, yeah?”

“Thanks,” Bones said, his voice coming out more like a squeak. He cleared his throat. “Thank you. You’re one in a million.”

“Eat your steak and finish your wine. I’ve got to go home and figure out what to wear to this wedding.”

“Oh, shut up.” Bones threw his napkin at Jim, but at least, finally, he was smiling again, and seemed ready to move on from the conversation.