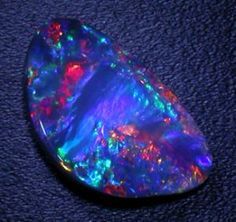 A small drabble based on past fanfics and headcanon: HERE

Thrawn's mother gave Thrawn a "Lightning Black Opal" that had special powers (Decadent Chiss). A mother in Chiss society is a very unique situation. In our headcanon speculation the Chiss Ascendancy does in vitro fertilization like "Brave New World" to maintain their society.

The Chiss Ascendancy thought it foolish and killed the Decadent Chiss except Thrawn and his brother Thrass. Thrawn was saved by Admiral Ar'alani for military training until Thrawn in an offensive move, attacked a non-Chiss ship that swerved into Chiss space. Because of his actions, Thrawn is exiled from Chiss space. He eventually was "rescued" by the Empire and giving a second chance to learn from the Imperial Academy.

Alone on his Imperial Star Destroyer Chimaera, his House surname’s emblem, never known to the Chiss Ascendancy and its stoic design in the durasteel ventral hull. If Chiss knew, they would execute him for endorsing terrorist beliefs. Thrawn was born into the “Decadent Chiss.” He was hated for their free-willed ideas and creativity. They were eradicated on Csilla per the Ascendancy's call to action. His mind rang when he first discovered their propaganda. “Untrue,” He mouths in disgust.

His older brother, Mitth’ras’safis, survived the KALI eugenic genocide at the Csillan Equator, where the Decadent Chiss lived. Where they were a family, where his mother and father lived as an arranged couple -- the Empire called it "married."

His parents evaporated before his brother and himself. The act damaged Thrass more than Thrawn. Thrawn did his actions. He fought back. Thrass collapsed. His older brother was a coward.

The horrible sight of losing his mother before his eyes explode in his mind as a flashback. An ailment that humans have. They call it PTSD. The Chiss call it unstable mentally. Tears well in his eyes from the profound sadness that overwhelms his core. He grabs a chair to catch the faint from his grief. Then quickly regains his stature. Alone. In his officer’s chambers. On his Imperial Star Destroyer, Chimaera.

All his subordinates have been ordered not to disturb his private time. A pleasurable entitlement that the humans willingly gave to him. Chiss were never left alone to brood in their thoughts. Chiss House Nuruodo taught that individualism is isolationism. One’s “space,” as humans call it, is not isolationism; it is a way to collect one’s thoughts to form new ideas creatively. To evolve into something new and novel. At least, that is how Eli Vanto explains it.

He grips his stomach and permits the sadness to pass. Then another feeling races in his heart and signals to his mind. A happy memory to relish. He reminiscences about his mother as she hands him the last item she gave him as a family keepsake. He reaches into his hidden Imperial uniform tunic pocket and removes a small black-blue gemstone that pulses a red glowing light at uneven intervals. His eyes open as he remembers the sound of his mother’s voice. It was her final command to him.

“Raw, save our people, all of the Chiss. We must evolve as a part of the galaxy as one. I need you to trust the Force and embrace those who wield it. Keep the Lighting Opal close to your heart. It will keep you safe. It is what your father and I fought for. We will die for it, too. I love you and Ras.”

She kisses him, and his brother on their cheeks hugs them tightly, and pushes them away to run. To escape the KALI droid attack. He closes his eyes as his body shudders and remembers watching his mother and father become ash vapor from the KALI droid that fires.

He inhales and holds his breath for a long time. Then a sensor comm alarms. His “alone time” is over as he places the Lightning Opal back into his hidden left pocket in his uniform. He presses the alarm, waiting for the report.

“Sir, we have a Rebel. It is the one you are looking for, the Mandalorian woman. She is alone. She says, and I paraphrase, 'at your request.'” There was a pause in the Lieutenant’s voice, hesitant to speak further but following protocol. “Sir, shall we lock her in the brig under heavy guard for enhanced interrogation?”

“No, I will retrieve her with my squad.” He replies quickly. “See to it; she is not harmed. I am holding you personally responsible for her safety until I arrive.”

A slight grin moves across Thrawn’s face as he realizes an adversary has been “captured” since the last time he saw her. He quickly moves from his quarters down to the hanger to see her frame exit alone—his heart races as he moves Lyste aside to see Sabine Wren for the first time.

Her face cherub grins as he exits the crowd, then turns to a frown when she realizes the ire glare and gawk of Imperials surrounding her in her formal Rebellion garb. She lifts her chest and body with pride as she stares back at them. The only pleasant grin came from Thrawn.

Galactic_Boyfriend as well as 8 guests left kudos on this work!