Blair finds some old polaroids in Jim's closet, he couldn't believe what he saw...

This is part 15 of The Sentinel Concrit Challenge. The parent collection is at: https://archiveofourown.org/collections/tsconcrit/collections

Blair pulled on the string for the light in Jim's closet. Squinting in every corner, he tried to spot the fishing rods between all the junk.

Tugging and wrestling with all the rest of the stuff squeezed into the corner, he managed to get the rods free with a sharp movement.

Only to be showered with some of what was on the topmost shelf.

Blair raised his arms to protect his head and catch some of the junk at the same time. An old shoebox got free, bounced on his head and landed behind him, spilling all its contents over the floor.

“Oh, crap!” Blair glanced annoyed over his shoulder at the old photographs.

Blair shoved the rest back onto its place on the shelf. Then he lowered himself to the ground to collect the pictures hoping they hadn't been in some kind of special order. He caught snatches of what was on them, generic pics of Jim, people he didn't know, at places he didn't recognise. Until an envelope with a few escaped polaroids caught his eye. They didn't seem to fit with the rest of the boring snapshots.

Blair peered at them curiously trying to understand what he was seeing in them. Until it finally dawned him. He could not believe what he saw...

And one of them was Jim!

“Wow, didn't think you had it in you!” He chuckled.

Blair had to sit down and stare in amazement at the shapely long legs and thick make-up. Just five pictures of men standing around waiting for johns at a dirty street corner and two of them close ups. If Blair didn't know Jim's muscular body so well, he wouldn't have recognised him at all with the big auburn wig and the moustache. He looked kind of hot in a disturbing way with the feminine make-up and the beard combined. Like there was an accidentally cross over of different types of attractiveness overlaying each other. That must have been from Jim's time in Vice, when he worked undercover in the streets. Blair had seen pictures of a younger Jim in a Hawaii shirt with moustache and goatee.

“Hey, Chief!” Jim threw his keys into the bowl. “Did you find the fishing rods?”

Jim trudged up the stairs, a surprise on his face to find Blair on the floor of the bedroom.

“C'mon! What is this? Spill!” Waving the photographs at Jim.

“There was this case, back in Vice.” Jim trailed off.

Blair grinned, then waggled his eyebrows suggestively. Jim sighed and plopped down on the bed.

“It was really just an undercover assignment.”

“Yeah, hiding in plain sight across a bar, we were checking out. Waiting for a guy to turn up. It was just rookie work.”

Blair chuckled. He gazed back at the photos and declared wondrously.

They grinned at each other.

“Did you get a lot of offers?” Blair wanted to know.

Jim shook his head. “Not really, we did only pretend to turn tricks with fake johns. I think we looked way too scary.”

Blair shook his head in bafflement. “One day I want to hear all the crazy shit you did in vice!”

“But the most important question is: Why did you keep the stache?”

At that Jim decided it was best to escape downstairs.

“Why?” Blair called after him. 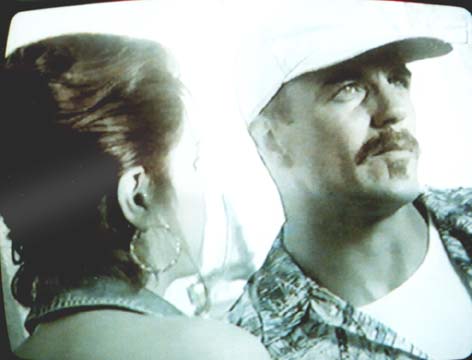 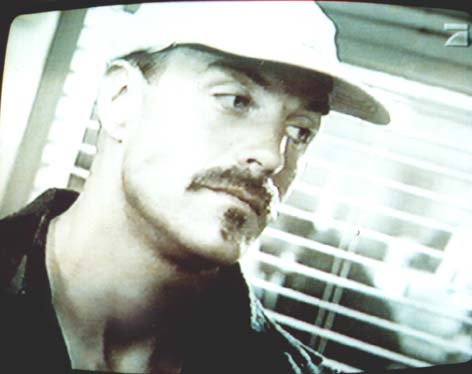 For those, who haven't seen the TV series or don't remember much of it: In the episode 2.03 Deep Water we see former Vice detective Jim Ellison joining Major Crimes and become the new partner of Jack Pendergast. In flashback scenes we see a younger Jim Ellison, called Slick, being very different from the Ellison of today.