In the empty halls of symbols

No red threads of meaning here. 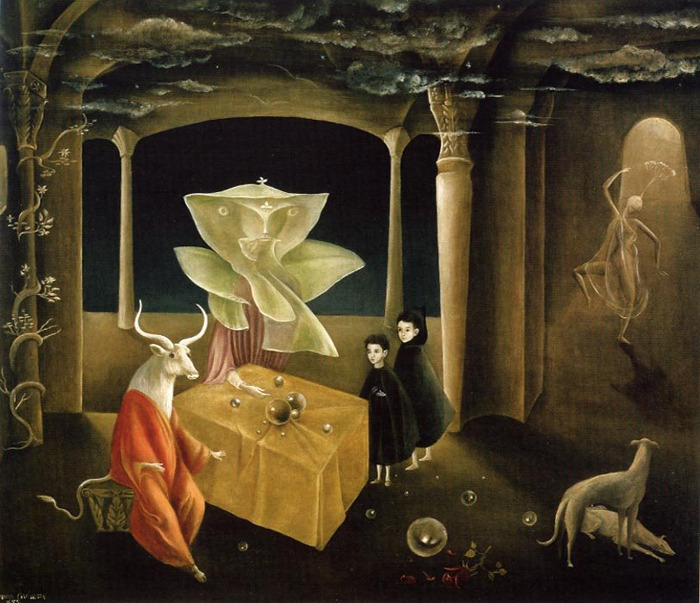 The boy reached the hall atop the mountain. He slipped past its heavy doors, covered in drawings of paths and dead ends; inside, the place lay still in darkness, holding nothing but the thin evening air, as cold as the violet sky outside with its first smattering of stars.

Night came to the hall. The boy was tired and hungry, and cold, his cloak too short to act as makeshift blanket as well as bedding.

He got to the balcony and took out his map, barely readable under the stars’ faint light, to trace with his little fingers the path that had been assigned to him. Beyond the mountain range, whose woods and snow-capped ridges spread under the balustrade, was the House of Finite Numbers. He wondered if in the morning he would see the outline of its golden roofs loom up far on the horizon, or if the land was so much bigger than his map. Beyond that, the Lily Pond. But no matter which paths the cards lay ahead of each person, for mankind, the first step of the journey was and had always been the Hall of the Minotaur. Empty, for as long as mankind had known. The boy wondered if everyone got sent there because nobody could figure out what the place was for anymore.

Dogs have other paths and other journeys, especially when food is involved. The greyhound knew of a place to spend the night atop the mountain; she trotted to the doors and knew to leave her doppelgänger by the entrance (her doppelgänger sniffed around the corridor and fell asleep, because dogs are not much into all that) and move through the Hall free of that shadow. She also, without a doubt, knew how to beg for food. Sitting by a corner of the Lady's midnight table, the dog put her paw on the lap of the Lady of the Hall herself, long-horned, white-maned, most charitable of her cohort, and wagged her tail until she got a sausage.

A good catch to end the day, and her dog-deeds were fulfilled.

But at the far corner of the room, by the arches that led to the balcony, a human kid was sleeping a fitful sleep, alone and cold, shivering in his short furless coat that could not cover him whole. The greyhound took her sausage and paced round and round under the Lady's chair, unsure of what to do with that human cub until, with a soulful whine, she hid her food in a corner and climbed on the lap of the Lady of the Hall. She offered her humble greetings, licked the Lady's snout and whispered her plea in the soft white fur of the Lady's ears.

The boy woke up to the smell of stone and mold covered in the dust of centuries, shadows crumbling in forgotten corners, shunned by the sun and the brine of an old sea, long gone, all long gone as rains fell and towers crumbled and men made more words and mazes... He opened his eyes. The white figure towering over him, with her kind eyes and long, arched horns, reached out a hand, fingers joined and bent to form a greeting in a shape the boy had never seen.

“Are you the Minotaur?” he asked, his heart beating so fast that he couldn't feel the cold anymore.

The Lady raised a finger under her snout and shushed him, firmly, banishing even the echoes of that question from her home.

But the boy insisted, sitting down on his cloak, curious like all kids his age: “My grandmother said that we are all men and beasts at once, and sometimes it's tough, and for the Minotaur it was the toughest, so he came to mean that for all of us. What do you mean, then?”

What do you mean , the hall echoed, shaking down to its oldest stones. The Lady lowered her head, shoulders hunched, and whipped her tail until that thought died down, leaving the room unscathed. She searched the folds of her red vest and found a pear, which she produced to the boy in lieu of an answer.

The boy rose to take the offer, but the Lady pocketed it again: the object was not for him, it was the thought of the object which she had granted as a gift. He thought of apples being offered, the fruit of knowledge, of how the pear felt a little like that, but not quite.

As he savoured the thoughts sparked by that connection, juicy and grainy like a ripe fruit, the hall revealed itself to him.

The Lady, the Daughter of the Minotaur, transcended the veiled reality: her calm, dark gaze remained unchanged at the center of her world. By the table, the Folded Seer rearranged an array of glass spheres. It held them and weighed them, moved them and clicked them together following arcane paths with an unwavering attention that reverberated through its membranes. To the boy's eyes, filled with marvels, the spheres could stand for worlds, faraway planets reduced to translucent marbles, their movements mirroring or even causing cosmic trajectories in the sky, but when one fell from the table, the Seer paid it no heed and remained focused on the remaining composition, and planets don't do that. Nearby, planting her wooden feet on the ground with wild abandon, the Dancer in Bloom performed for herself alone. Blind, unwatched, uncaring, she remained anchored in the perfect bliss of creation. A Cloud had gathered on the ceiling, growing with each breath exhaled by those who did not belong to the suspended Hall. The Dog paced by the fire. Their existence was absolute and defiant, full and finite meaning unto itself, a space of wonders.

Finally, when the boy looked behind his shoulder, he saw his shadow, wearing his same eyes, shrouded in his same cloak. The shadow opened its mouth to ask a question; the boy raised a finger to his mouth and shushed it. It was as young as him and just as harmless; he saw it for what it was, like the dancer and the spheres, and so they sat at the table together, ate until they both were full, and fell asleep by the fire.

At the first lights of morning, the cloud had grown heavy. It fell as fog on the silent, lively banquet, covering it all until the place could not be seen, and in that moment the room was separate and empty again.

Only the boy remained, along with a greyhound who had gotten her due dinner and whose concerns were starting to shift to the next lunch. They hadn't quite minded their shadows when each of them had been two, so they held onto each other as they left for the woods and the snow-capped ridges, and a promise of gold roofs on the horizon.