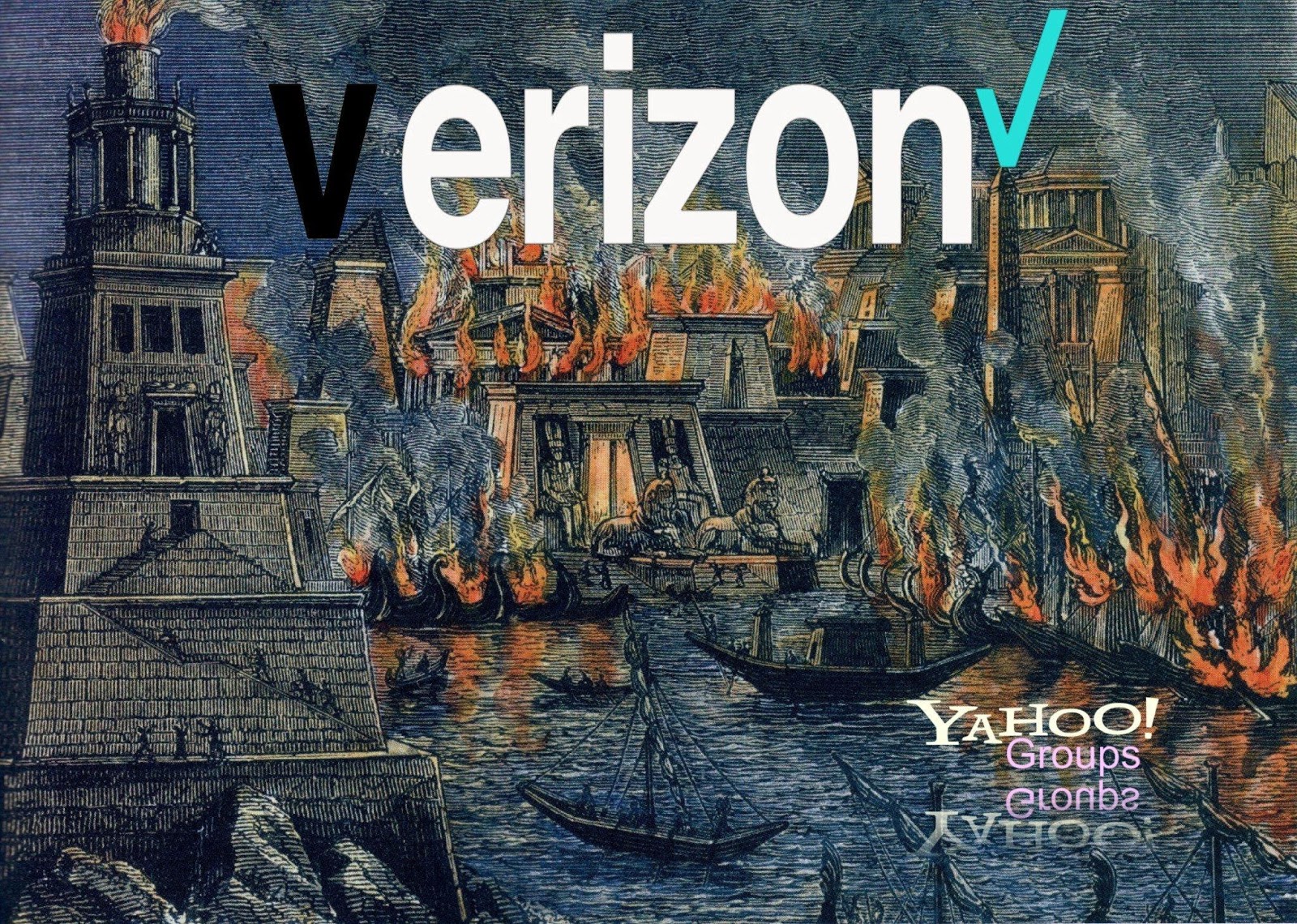 Today, after 20 years of service to fannish and wider internet communities, Yahoo! Groups was shut down. The decision was announced by Verizon earlier this year on October 14.

Yahoo! Groups was a combination discussion board and mailing list that launched in 1999 and quickly became a hub of fannish activity. Yahoo! Groups and similar services allowed fans to customize and control their experiences in fandom to then-unprecedented degree, and fannish Groups ranged in scope from genre, to fandom, to ship, to individual characters.

While Yahoo! Groups was immensely popular in its heyday in the 2000s, over time it started to lose users. Yahoo started putting less work into maintenance, and a lot of functionality was lost. Most notably, you may recall Verizon's announcement on October 16, 2019 that all archived messages and files from Yahoo! Groups would be deleted on December 14, 2019, and that Yahoo! Groups would continue to exist only as mailing lists without retaining any records of messages and files posted to the lists.

With so little time left to save almost 20 years of posts, images, and other irreplaceable content, fans, preservationists, and moderators swiftly organized and took action. The Archive Team took the lead on preservation efforts for the Internet Archive, with a handful of volunteers writing code to download content and dozens more joining groups by the thousands so that their content could be saved. In parallel, the fandom community quickly formed the Yahoo-Geddon project and, with the help of 200 volunteers, began focusing on archiving fandom groups using tools developed by the Archive Team and PG Offline and communicating via a centralized Discord and Tumblr. They, along with other preservation groups like the Yahoo Groups Crusade, spread information, reached out to journalists, and asked for volunteers to help both the Archive Team's and Yahoo-Geddon's parallel group preservation efforts. Meanwhile, the OTW's Open Doors Committee created the Yahoo Groups Rescue Project to spread the word and assist moderators who needed help archiving their groups on the Archive of Our Own, and wrote an Open Letter to Verizon asking them to postpone the content purge.

The speed and numbers behind the fandom community’s organization had a secondary benefit: They were able to direct the Archive Team’s focus on preserving public fandom Yahoo groups in a way that many other communities were not able to, securing greater representation for the community. In turn, Yahoo-Geddon volunteers supported the Archive Team's broader preservation efforts, helping them save cooking groups, genealogy groups, non-English language groups, and many more.

These efforts were not entirely in vain: Verizon extended the deadline to January 31, 2020; the Archive Team was able to preserve over 1 million groups; the Yahoo-Gedden team saved around 300,000 fandom-themed groups; hundreds or thousands more were saved by users or moderators alerted to the purge by collective outreach efforts; and several of these groups will be adding their fannish content to the AO3 as Open Doors projects! However, this pales in comparison to the estimated over 10 million groups that were lost—equivalent to the estimated 90% of films made before 1929 that are lost forever because no one thought they were worth preserving.

Digital preservation takes time and money, and the large companies that currently house so much of our data do not value it enough to invest in preservation efforts. However, this is history -- our history -- and we will fight to keep it from disappearing without a trace. We hope that you will join us.

Image Attribution: The Fire of Alexandria, woodcuts by Hermann Göll, 1876, composition by the Yahoo-Geddon Project Team