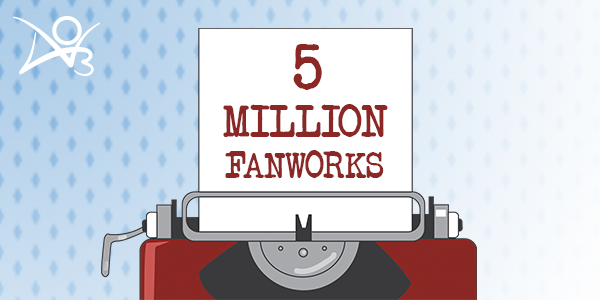 On 17 July, the Archive of Our Own hit 2 million registered users. Today, we have reached an even more significant milestone: 5 million posted fanworks! \o/

Thanks so much to everyone who visits AO3, both those 2 million registered users and the many unregistered users who visit the site alongside them, for helping us get to this point. It's because of you that AO3 is what it is today.

In celebration of this 5 million fanworks milestone, we're presenting you with a challenge: AO3 Bingo! AO3 Bingo is a cross between regular bingo, a fanworks rec list, and a scavenger hunt. Everyone can play AO3 Bingo, and we have different reward badges according to the number of challenges you complete.

But first, here’s how the AO3 Bingo card works:

The graphic below is your AO3 Bingo card. Each square contains a type of fanwork or fanwork-related element that can be found on AO3. For each square, you recommend a fanwork or related element that you love by providing a link to an AO3 page that contains something that matches the square. Once you complete one of the types of bingo listed below, you win a badge!

You can play by posting your cards and links on social media using the hashtag #AO3Bingo. You can also comment on this post to play.

Follow the links below to access your badge, and you can post it on social media, hang it up on your door, wave it around in a parade, or otherwise put it wherever you please. We’re using the honor system here, so we’re counting on you to keep track of your own completed challenges.

How to get a bingo:

Complete five of the challenges in a line across, down, or diagonally (much like normal bingo), and you will have earned the bronze badge.

Complete the challenges in a checkerboard pattern (either all of the red squares or all of the white squares), and you will have earned the silver badge.

Finally, if you complete all twenty-five challenges on the AO3 Bingo card, then you will have earned the gold badge!

Good luck, and don’t forget to use the #AO3Bingo hashtag on social media so we can find your post! 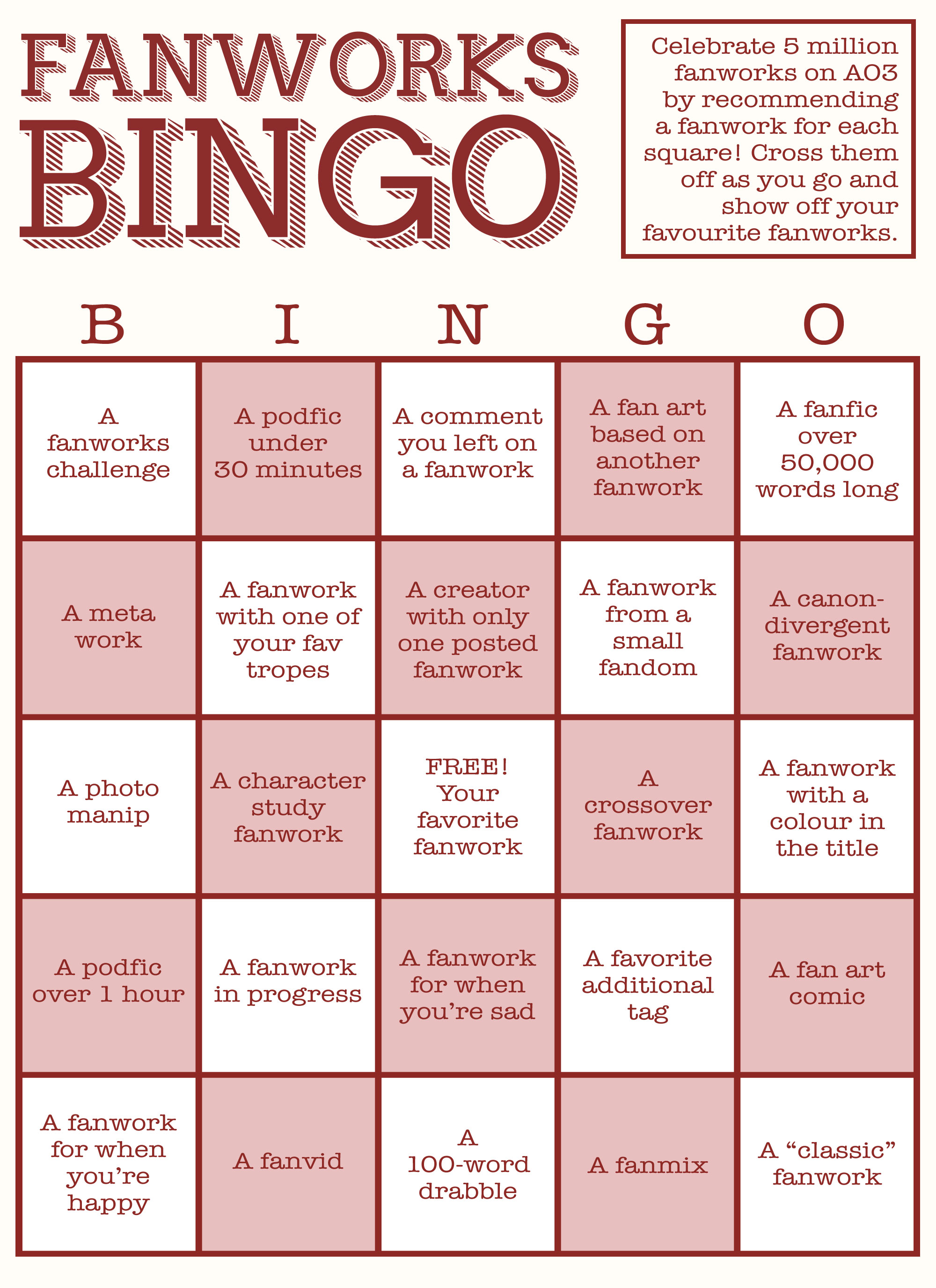